The number of confirmed coronavirus cases among migrants in a center for asylum seekers in Sankt Augustin near Bonn has risen to 165. Residents told us about a lack of separation and delayed relocations. According to a new study, asylum facilities are prone to become hotspots for infections due to the high density of people.

Javad, a refugee from Afghanistan, is a resident of the "central accommodation facility" (Zentrale Unterbringungseinrichtung, or ZUE) near Bonn in the German state of North Rhine-Westphalia.

The asylum center in Sankt Augustin in western Germany has become a hotspot for infections with the novel coronavirus after the number of confirmed cases among residents has soared to 152 this week. That's almost half of all 312 residents.

"The situation is very bad," Farhad, another Afghan refugee, told InfoMigrants. "No attention is paid. I had the test on Friday and it was negative. We were separated from people with coronavirus. But today a friend of ours was taken to the care unit." 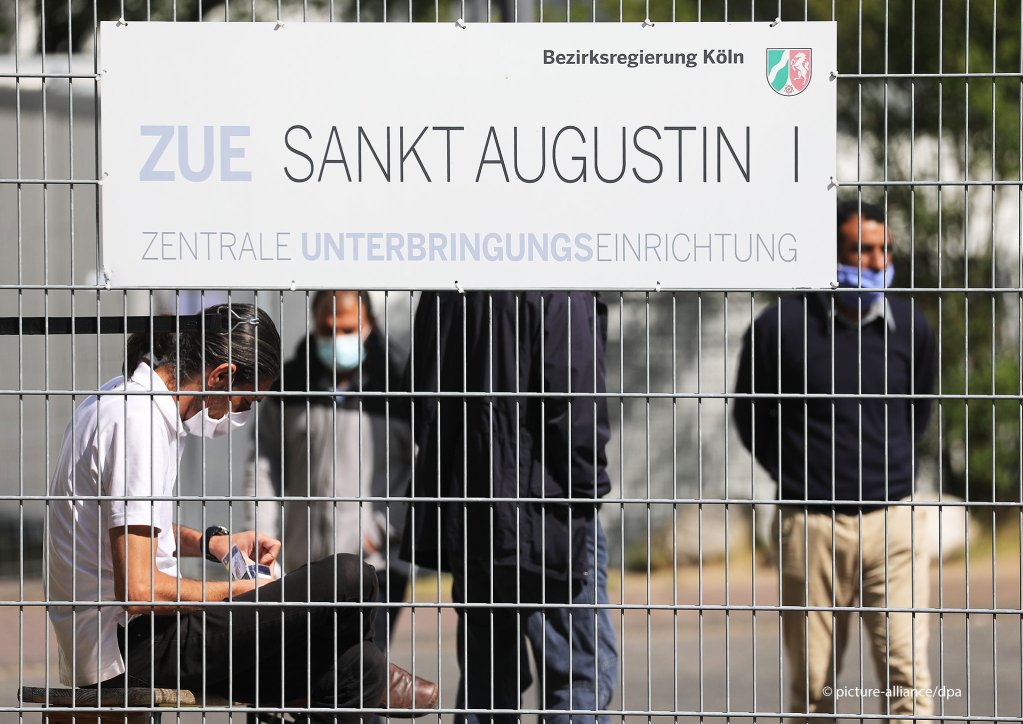 On Monday, local authorities spoke of 130 cases of COVID-19 in the ZUE in Sankt Augustin, up from 70 over the weekend. The district council said the asylum center, which has capacity for 600 people, currently has an occupancy rate of just over half that number.

After the first coronavirus case became known last Thursday, the local health office arranged for testing all residents and staff and quarantined the entire accommodation.

Farhad, the Afghan refugee, says he has been living in the Sankt Augustin facility for a year now because his asylum application has been rejected. He claims there are not enough health services in the camp and accuses camp officials of being careless.

"There is only one iron fence between people with the virus and people who are not infected," he told InfoMigrants. "Patients talk to their friends in the non-infected section on the other side of the fence or to guards from a short distance without a mask."

Although the camp's dining hall has been closed since the outbreak of the coronavirus and migrants receive ready-to-eat food, some have complained that toilets and showers are still shared.

Farhad says many residents have lost their morale: "Many people were shouting today that they were in pain. Some had fever and chills, but no one gave them medicine." 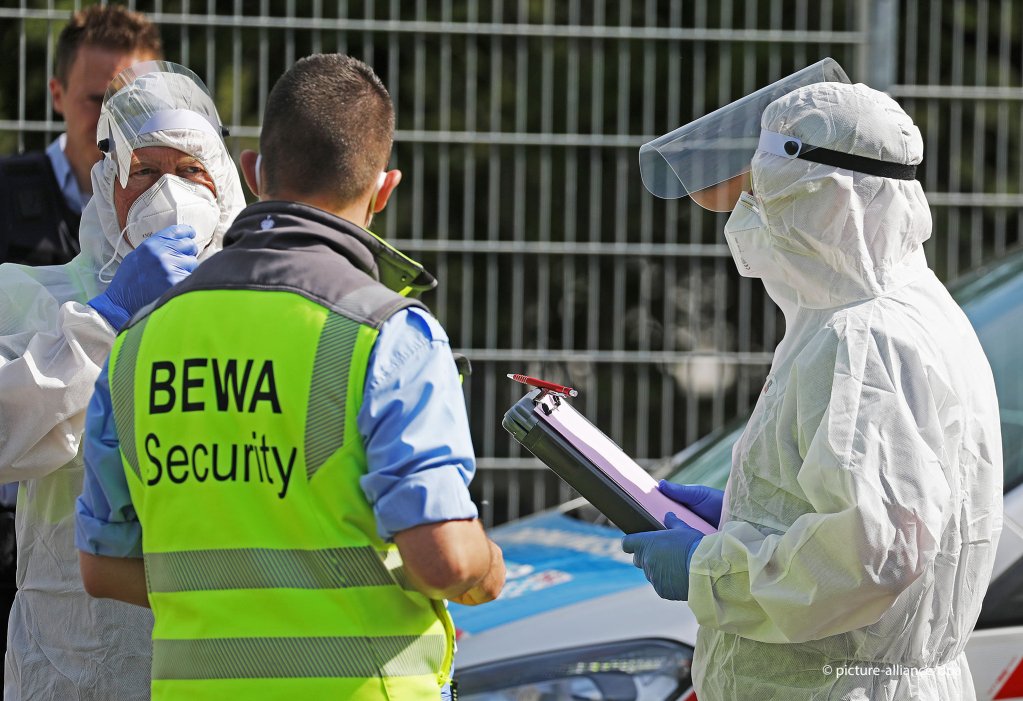 The preliminary findings of a new study echo some of the concerns of the asylum seekers we spoke to. According to the study, the high density of people make the facilities prone to becoming hotspots for infections with the coronavirus.

The authors of the study, conducted by the University of Bielefeld, say the risk of infection in the facilities is at least as high as on cruise ships.

Accommodating several hundred persons in a confined space, according to the study, renders adhering to necessary distance rules and hygiene regulations impossible. Several people were accommodated in narrow rooms, toilets and showers were shared and food wasn't prepared separately, the authors said.

Researchers for the study surveyed more than 6,000 asylum seekers quarantined in 23 facilities, close to 1,400 of them reported COVID-19 cases.

Javad told us he had taken refuge in a relative's house due to the outbreak of the virus and went to the camp every Tuesday to check his documents and get his weekly salary.

"Refugees of the camp are still free to move around. Only those who have been tested positive are not allowed to get out," he said.

According to the asylum seekers we spoke to, about 200 residents were supposed to be relocated from the facility to smaller residences in recent days. Due to the positive coronavirus tests, however, the transfer process of many of them has not taken place.

Farhad, the other asylum seeker, is concerned about contracting the virus despite his negative test. "When someone we're in contact with today has had a positive test, how can I be sure I don't have corona?"

With material from dpa, epd