The International Organization for Migration (IOM) and the UN Refugee Agency (UNHCR) have released a joint statement, calling on Malta and other EU states to find a way to bring some 160 migrants on board two private vessels on the Mediterranean to safety.

The IOM and UNHCR called on Malta in particular to bring the remaining migrants and refugees on board the two Captain Morgan vessels to dry land, following the evacuation of 21 people, mostly families, women and children, earlier. Malta has been reluctant to accept the migrants amid the global coronavirus outbreak, as the borders of island nation remain closed under lockdown measures.


“It is important to disembark the remaining people as soon as possible, as they have been on board the vessel for some two weeks -- the standard quarantine period for COVID-19 -- without any clarity on disembarkation,” the statement read.

“States must continue to disembark people rescued at sea, in line with international maritime law obligations and ensure access to asylum and humanitarian assistance,” it further said.

Human Rights Watch (HRW) meanwhile also launched a call for Malta to allow the remaining migrants to get off the vessels and file for asylum if they wish to do so.

“It’s incredible that the Maltese government would hold these people captive on tourist ferries in miserable conditions for weeks to pressure other EU countries to take them,” Judith Sunderland, acting deputy Europe and Central Asia director at HRW, said in a statement.

“Concerns about COVID19 and long-standing complaints, in part justified, about lack of fair sharing of responsibility can’t excuse this disgraceful behavior.”

HRW Advocacy Director for Europe and Central Asia Philippe Dam added in a tweet that there was no legal basis for Malta's refusal to accept the migrants.

For weeks. With no legal basis.@EU_Commission & member states should denounce @MaltaGov's shocking behavior & call for those people to be disembarked to safety.https://t.co/u3hcBRymf0 pic.twitter.com/MCmZVFSw6R

The joint statement by IOM and UNHCR also acknowledged  the fact that certain migrant reception facilities in some Mediterranean states are “further challenged by necessary health measures put in place due to COVID-19.”

The two UN bodies assured their support in such cases, while highlighting that solidarity from other EU countries is also needed to address the situation, calling for a “timely and predictable relocation mechanism” across the bloc.

“A clearly agreed system for post-disembarkation relocation is urgently needed if we are to finally move away from a perpetual cycle of negotiations and ad-hoc arrangements that put the lives and health of people at further risk,” the statement said.

Deaths at sea - and on land

The two UN bodies said that are also deeply concerned about mounting reports that certain governments may be “ignoring or delaying responses to distress calls, especially amid a sharp decrease in state led and NGO search and rescue capacity.”

“We remind states of their obligations under international law to immediately assist people in distress,” the statement read.

This leaves migrants at greater risk of drowning at sea if they still decide to embark on dangerous journeys across the Mediterranean, with rescue operations being practically non-existent at the current time. 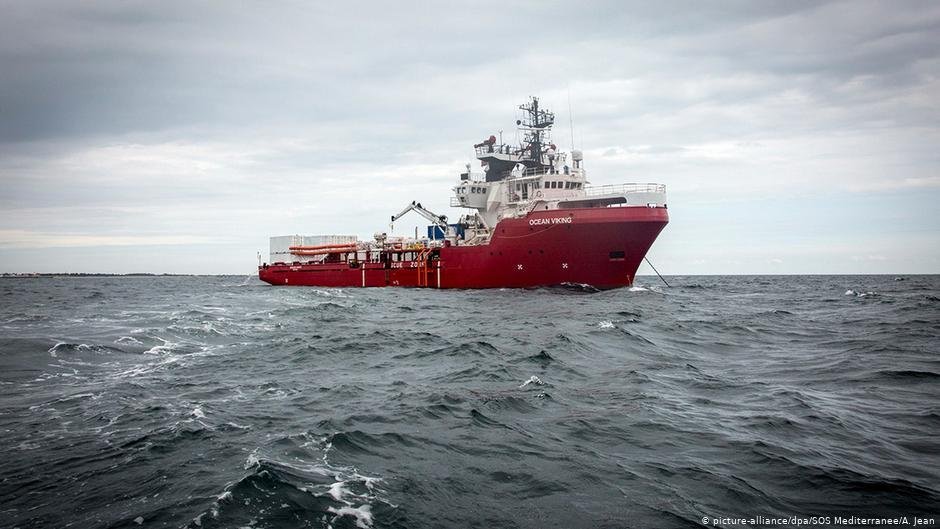 The only ongoing rescue mission left is Libya’s coast guard, which is financially supported by the European Union. However, IOM and UNHCR also stressed in their statement that “no one rescued at sea should be returned to Libya.

“The misery and risk to life posed by intensifying conflict, arbitrary detention and widespread human rights violations, amongst other factors, mean it cannot be considered a place of safety. Direct or indirect state involvement through commercial boats in the return of rescued migrants and refugees to Libya may constitute a violation of international law,” they said in their statement.

Meanwhile many migrants and refugees already stuck in Libya remain at risk of exploitation and abuse, as the civil war in that country continues to affect migrant disproportionately.