British authorities say they have recorded a surge in attempted boat crossings in the English Channel this year - a trend that appears to be reinforced by coronavirus travel restrictions forcing migrants on boats rather than trucks. On Wednesday, a Sky News reporter witnessed the rescue of around 65 migrants traveling to UK shores on tiny dinghies. Meanwhile, human rights lawyers are concerned that migrants are being returned from the UK to France illegally.

The British Border Force on Wednesday intercepted various dinghies with around 65 people who tried to cross the English Channel. The passengers, who said they were of Iranian, Iraqi, Kuwaiti, Pakistani, Syrian, Yemeni and Afghani nationality, were taken to Dover harbor and handed over to immigration officials, BBC reports.

A reporter with Sky News, who had joined a fishing boat crew, witnessed and filmed the rescue of 13 people that took place in the early morning hours. As seen in the video, the tiny rubber dinghy, barely afloat in the water, was packed with people when the UK Border Force vessel arrived.

The migrants were taken onboard, brought to Dover Harbor and transferred to a makeshift immigration processing center, Sky News reports.

A fisherman told Sky News reporter Andy Hughes that "(u)nfortunately what you've seen today is very typical right now," adding that such instances were happening "more and more on days like this, when the weather is calm."

"I could hear the shrieks as we approached them."

Sky News accompanies an operation to bring migrants ashore who were floating in the Channel in a dinghy.

According to Sky News, there were seven separate boats intercepted by 7am, carrying more than 65 migrants in total. Two of the boats were found floating in the middle of the busy shipping lane, and container ships and ferries had to be cautioned to look out for the rubber boats to avoid hitting them, Sky News explained.

Migrant crossings to the UK across the English Channel by boat have increased since the end of 2018 - despite the danger of heavy maritime traffic, strong currents and low water temperatures, the AFP news agency reports. The coronavirus lockdowns, however, have further enforced this trend, with travel restrictions forcing migrants who want to reach the UK from France onto boats rather than trucks.

"New arrivals are coming in all the time," Roger Gough, Kent County Council chief executive, told AFP. "We used to see these young people crossing in trucks. This was the typical route," Gough said. "Now what we're seeing is these unaccompanied young people are in the boats."

Auberge des Migrants, a migrant aid group based in Calais, highlights another important factor in the development: "The success rate has increased from around 60 to 80 percent, which also attracts migrants to Calais," said Francois Guennoc, vice-president of the NGO. 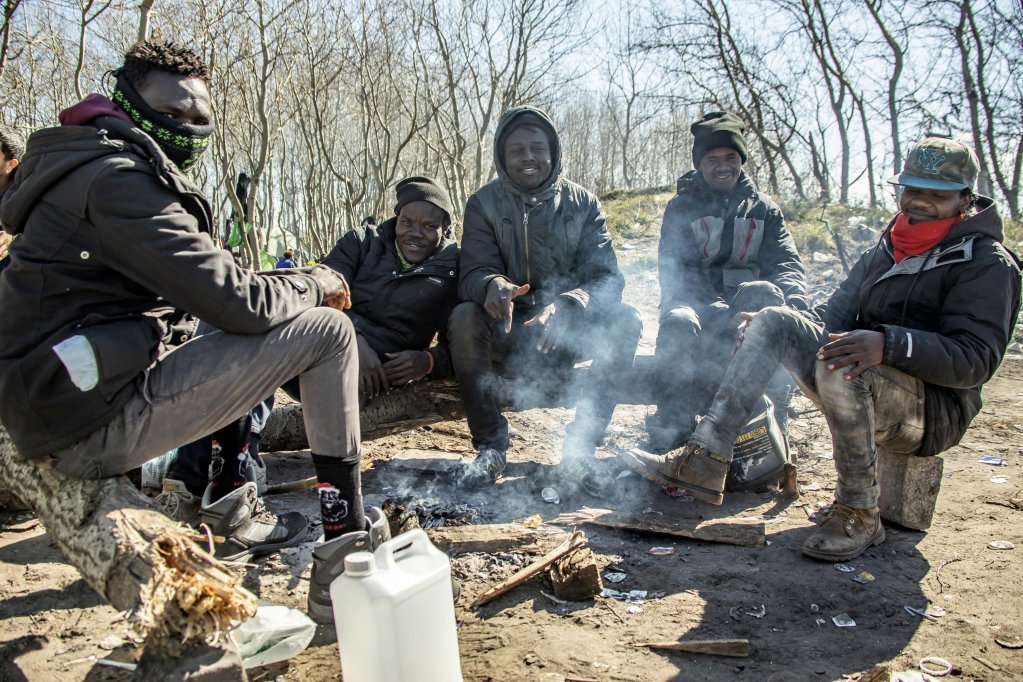 A police source in Calais also said that lockdown orders had caused people to stay at home, and "migrants have indirectly taken advantage of the fact that many local people who used to let us know about attempted crossings weren't able to do so," AFP quotes.

At least 1,000 migrants have arrived in Britain by small boats since Prime Minister Boris Johnson announced virus lockdown measures on March 23, with a record of 145 arriving on one single day on May 8. The county of Kent had to increase its reception capacities while facing financial pressures in its local budget and social distancing measures in place.

Migrants returned to France, a breach of EU law?

Britain is reportedly working with France to send back more migrants who arrive by boat. French police in the northern region of Pas-de-Calais have recorded 230 attempted crossings (the number of boat - not the number of people, ed. note) this year, 128 of which were intercepted by the French border force, and 102 by their British counterparts, according to AFP information.

This week Thursday, the UK Home Office confirmed to Sky News that a total of 157 people were intercepted. 57 of them were taken to Dover, but 100 were stopped and returned to France. The migrants were sent back "in an attempt to deter those thinking of making the dangerous journey," AFP writes.
While under current EU law migrants can be sent back to the EU country where they came from (as the Dublin regulation stipulates that the EU country where migrants are registered is responsible for their asylum process), the legality of UK's practice of returning migrants back to France is being questioned.
An investigation by the Guardian found that migrants were swiftly being returned to France, without demanding enough evidence that they had been fingerprinted, had claimed asylum or had spent time in the first EU country before arriving in the second. Human rights lawyers and campaigners say that they have gathered evidence that under the current UK initiative to deport migrants to France -- Operation Sillath -- migrants are not assessed properly but rather returned to France without due process.
Lily Parrott, a lawyer at Duncan Lewis solicitors, who is working on a legal challenge about Operation Sillath, was quoted by the Guardian as saying: "We feel that this is being done illegally and on the basis of a conflation between the Dublin convention and a UK-France treaty about border management."
"This would be an egregious breach of European law that allowed many asylum-seekers to be wrongly removed from the UK,” she added.