To fill the gap of trained seasonal foreign workers to harvest its crops, Italy has opened corridors for non-EU farmworkers who have had a work contract with Italian firms for years. Carrying over 100 farmworkers from Morocco, the first charter flight arrived in Italy on Thursday.

124 Moroccans arrived in the Italian city of Pescara on Thursday to help pick the country's ripening crops. They are the first group of foreign farmworkers who arrived in the EU member state via a so-called green corridor, paid for privately by farms.

"Green Corridors" is an initiative launched by the General Confederation of Italian Agriculture, or Confagricoltura, in collaboration with the Italian foreign ministry.

Another flight landed on Friday with the same number of workers and a third has been scheduled for the coming days, all from Casablanca.

Italy and other countries have grappled with travel restrictions due to the coronavirus pandemic, which has threatened their ability to harvest its agricultural produce at the beginning of the summer season.

Each year, about 350,000 seasonal workers come from abroad to work in Italy's agricultural sector. This year, however, the novel coronavirus led to a lockdown, which blocked the arrival of the trained workers. To date, the lung disease has claimed over 32,000 lives in Italy.

According to Confagricoltura, the General Confederation of Italian Agriculture, the workers had returned to their home countries during the winter months and had planned to come back to Italy in March when the agricultural season began. But the COVID-19 pandemic has so far prevented them from doing so.

Italy's agriculture minister Teresa Bellanova has said that due to coronavirus, the country would face a shortage of "between 250,000 and 270,000" day laborers.

Faced with this massive gap, the confederation of farmers of Abruzzo, a mostly agricultural region in central Italy, organized a trip to bring in 124 desperately needed Mexican workers. 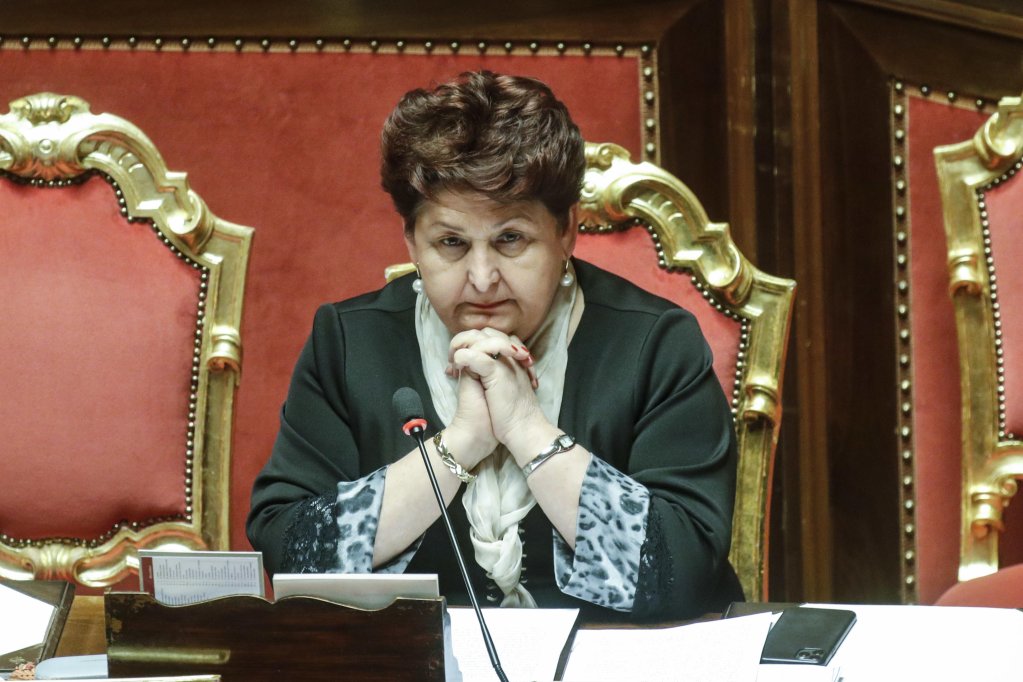 But last Thursday's special flight from Casablanca was the first under the renewed "green corridors" as the country gradually reopens from the virus lockdown.

Substitute hard to come by

One farm owner, Modesto Angelucci, 29, who grows potatoes, carrots, fennel and spinach in the region of Avezzano in central Italy, said the incoming workers were priceless.

"These are specialized workers who have been working for us for more than 20 years and I cannot easily replace them," Angelucci told TV channel La7.

The farm owner further said that all the workers must comply with Italy's current mandatory two-week quarantine. As some crops needed to be picked right away, though, there were ongoing negotiations with the government for leeway.

Angelucci said he financed the trip for about ten of his workers, while other owners did the same for theirs.

Last month, Italy temporarily regularized hundreds of thousands of undocumented workers for six months in order to help solve the country's lack of field workers. It came as part of a detailed "relaunch decree" from the Italian government totaling €55 billion.

Then, on May 13, the governing coalition parties finally agreed to introducing changes to employment permits for migrants in the country.

The upcoming opening of Italy's borders to other European Union member states on June 3 is seen as a boon to the agricultural sector. The farming lobby group Coldiretti said farms were preparing to organize some 150,000 workers from places including Romania, Poland and Bulgaria.

One of the Moroccans who arrived on Friday, Mounam Benkirrou, told the Italian daily La Repubblica that working in the fields was a skill like any other.

"You start as a laborer and you learn," Benkirrou said, explaining that he had earned his license to drive tractors.

According to a New York Times article on the topic dated May 24, Italy's "leading agricultural associations" have launched websites, including Agrijob and JOB in Country, which have "drawn more than 20,000 applications, most of them from Italians, to fill the shortfall."

"But the transition for many has not been easy," the author wrote. "Agricultural work has become as foreign to Italians as the seasonal workers from other countries who have filled the ranks of farmhands for decades."

According to data from industrial lobby group Confindustria, only around 30,000 Italians were registered in 2020 as day laborers.

Efforts by other countries

Other European Union member states have also taken action in response to the labor shortage in agriculture during the COVID-19 pandemic.

Germany, for instance, has allowed for the arrival of tens of thousands of seasonal laborers, mainly from Eastern Europe. Thanks to temporary changes in some of its labor laws, asylum seekers without a work permit are allowed to work in agricultural jobs until October 1.

This change also applies to people from third countries living in Germany without a work permit.

Spain is also trying to make it easier for migrants and the unemployed to find work in agriculture. In early April, the country authorized the temporary hiring of tens of thousands of immigrants or jobless people.

With material from AFP, ANSA