Around 400 migrants returned to Libya, 2 dead

The IOM is concerned that migrants trying to cross the Mediterranean continue to be returned to Libya. In the last three days, around 400 have been returned, a further 90 people risk being returned and two people died.

The International Organization for Migration (IOM) is concerned about hundreds of migrants who have been returned to Libya in the past three days. "Nearly 400 migrants were returned by the coast guard in the past 48 hours," the IOM tweeted on Monday, May 25. The agency said that the migrants were aboard five different boats, all of which were stopped in Libyan waters on Sunday and turned around.

Nearly 400 migrants were returned to Libya by the coast guard in the past 48 hours.

“We are deeply concerned about the decrease in search and rescue capacity in the Central Mediterranean,” says @msehlisafahttps://t.co/UGFdwZb5eP

On Tuesday, a spokesperson for the UN in Geneva tweeted that a further 90 people had been stopped in the Mediterranean "by a commercial ship" and were at risk of being taken back to Libya too.

‼️ Some 90 migrants were rescued by a commercial ship and returned to #Libya last night.

They remain on the vessel awaiting disembarkation.

States and ship masters have a responsibility to take people rescued at sea to ports of safety.

According to the news agency Associated Press (AP), in May, a total of about 1,000 migrants have attempted to cross the Mediterranean despite the closure of Libya's borders due to the novel coronavirus.

In fact, restrictions imposed by the pandemic, as well as an increase in fighting around the Libyan capital Tripoli, have served to make things worse for many migrants in Libya. Many have lost informal jobs as day laborers as many of the normal economic activities have been shut down due to the virus.

According to AP, the UNHCR reported that about 70 people were turned back to Libya early on Sunday and a further 317 were stopped on Sunday night. Two of the people on board Sunday evening's boats are reported to have drowned during the operation. According to the IOM, the two bodies were recovered. IOM estimates that since 2014, more than 20,000 people have died trying to cross the Mediterranean.

Msehli testified to the fact that departures from Libya "were increasing" despite the lockdown restrictions and the reduction of private rescue boats in the Mediterranean.

'Not a safe port'

Because of the closure of borders and the suspension of many flights and international travel restrictions, the UN refugee agency UNHCR has also had to halt its resettlement programs, which previously allowed some of the most vulnerable migrants to be airlifted out Libya. 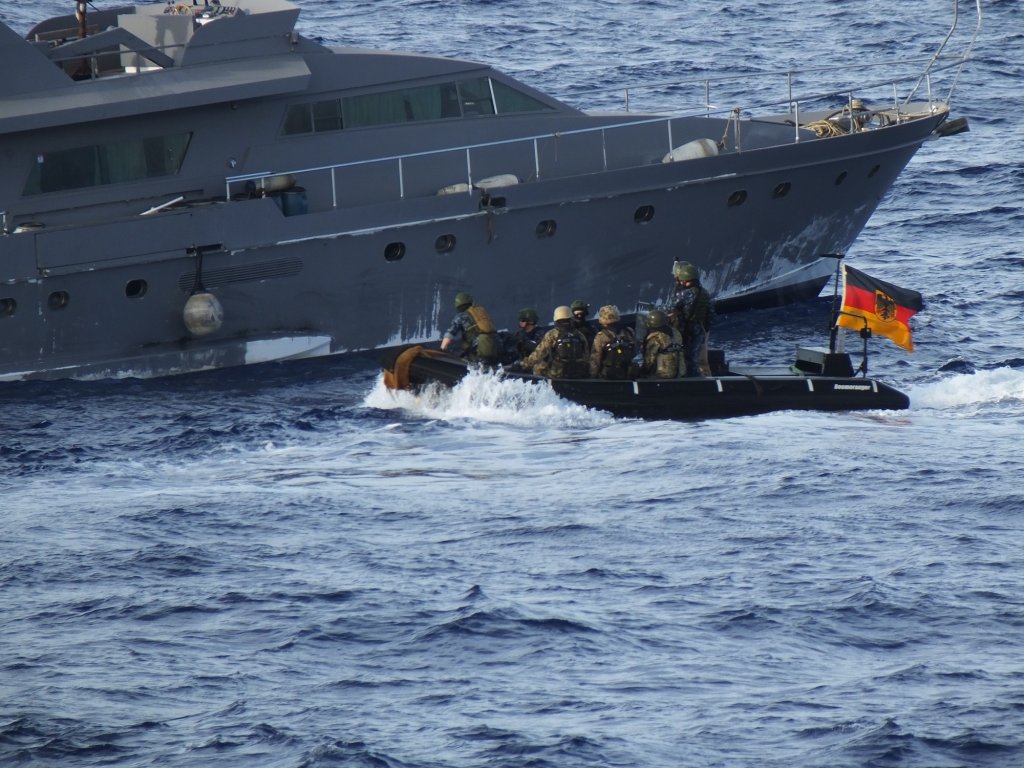 The EU has recently begun patrolling the Mediterranean with naval ships again, as part of an anti-migrant smuggling operation. The operation named Irini, is also intended to stop the flouting of a UN-arms embargo in the hope of ending the continuing conflict in Libya.

International organizations and charities, including UNHCR and the IOM, have repeatedly said that Libya cannot be considered a safe port and that Migrants rescued at sea should not be returned there. Msehli said on Sunday, May 24 that it was "time for the European Union to establish a safe and quick alternative to disembarkation in Libya."

‼️Breaking: 73 migrants have just been returned to #Libya by the coast guard.

People rescued at sea should not be taken back to the war and abuses they are trying to flee.

It is time for the European Union to establish a safe and quick alternative to disembarkation in Libya.

Last week, she said that states had an "obligation under international law to immediately assist people in distress." She said even a short delay could be "the difference between life and death."

In April, in a press statement, Msehli said that the IOM was very worried about thousands of people who had gone missing in Libya after being returned to the country. "The lack of clarity about the fate of these missing people is a matter of the gravest concern. We are aware of many first-hand accounts of abuse occurring within the formal and informal detention systems in Libya."

The IOM does not have access to many of these centers. IOM states that according to Libyan government figures, only 1,500 migrants were being held in official detention centers in April, but 3,200 migrants had been returned to Libya in 2020 alone. The whereabouts of these people has still not been clarified. The IOM fears they are being tortured or held by smugglers in order to extract more money from them before they can continue their journey.