Two centers for asylum seekers in Mainz and Regensburg have reported scores of new COVID-19 cases -- even though the number of new infections in Germany overall has decreased. Researchers warn that the virus can spread rapidly in asylum centers.

The public health authority of the city of Mainz announced Tuesday that 52 residents at the center for asylum seekers in the city center had tested positive for the novel coronavirus. Among them are many children, public broadcaster SWR reports.

A week ago there had been only 17 cases, meaning that infections have more than tripled after the center was put under quarantine on May 19. According to a local official, the patients showed hardly, if any, symptoms, as epd reports. The center, which is called "Allianzhaus," holds around 120 residents.

The first cases at the center were registered two weeks ago: One resident and then ten members of his family tested positive. Although the authorities separated the infected patients and accommodated them in another part of town, more residents at the center started to report symptoms. They too were transferred to a separate building, epd writes.

At the center, three people would usually share one room, with the exception of rooms for larger families, according to SWR.

Another center in the Bavarian city of Regensburg has also reported numerous coronavirus cases, although no exact figure was disclosed. The center is one of Germany's "anchor" centers for asylum seekers, most of which are located in Bavaria. Anchor centers are usually big holding facilities for several hundreds of people where migrants spend the entire duration of their asylum process.

The news agency dpa reports that the infections were detected during a mass screening at the anchor center. These new cases made the city of Regensburg hit the critical mark of 50 new infections per 100,000 inhabitants -- a mark that under new government regulations can lead to renewed local lockdown and restriction measures.

So far, however, no additional lockdown requirements have been announced for Regensburg and state health authorities said that residents would not have to fear consequences because the infection occurrance was "locally defined and containable", dpa reports. 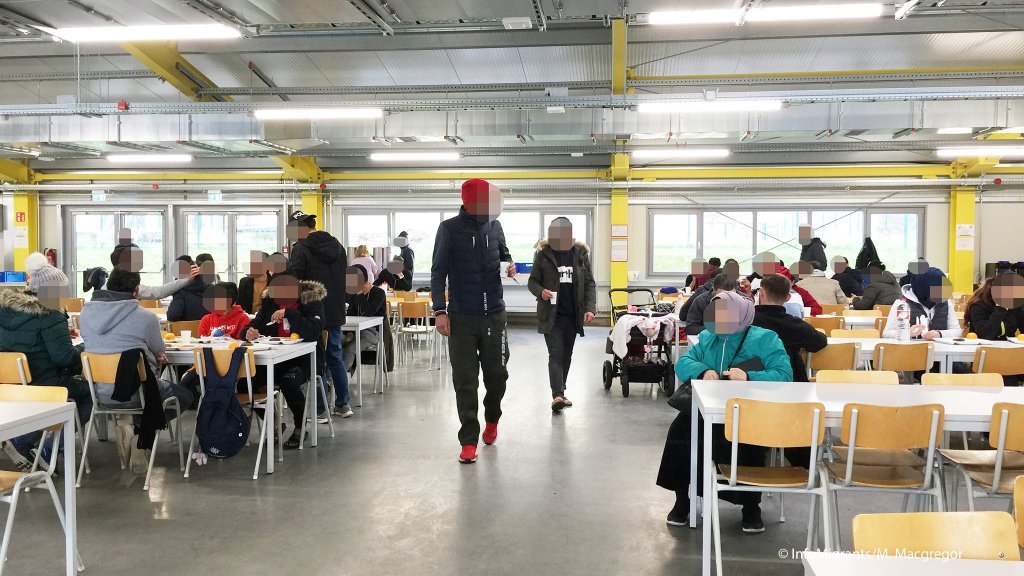 Refugee aid groups have been warning since the beginning of the pandemic that people in asylum seeker accommodation centers are in grave danger of contracting the virus. They say that residents of these centers cannot keep their distance from other residents due to the high density of people in confined spaces and shared living, dining and washing areas. Refugee councils and other organizations have called for the centers to be shut down.

A recent study by the University of Bielefeld concluded that the risk of infection in shared asylum facilities is at least as high as on cruise ships. Putting several hundred persons in one space renders ahering to distance rules and hygience regulations impossible, the authors said. More than 6,000 asylum seekers quarantined in 23 facilities were surveyed for the study, and close to 1,400 of them had tested positive for coronavirus.