Germany issued over 11,000 visas to family members of refugees with subsidiary protection last year. While the number increased compared to the previous year, the government quota of 1,000 visas per month was not reached.

A total of 11,129 visa were issued in 2019 to family members of refugees with subsidiary protection in Germany, according to the German interior ministry.

The current limit is 1,000 visas per month, allowing for an annual total of 12,000 reunifications. The quota came into effect in August 2018 when the government decided to restart family reunification for refugees with a limited form of refugee protection called 'subsidiary protection' (for more information, see our explainer "Types of protection for asylum seekers in Germany").

The reunification process for refugees with subsidiary protection had been suspended in early 2016 to stem the high number of migrants and refugees heading to Germany.

When family reunifications were restarted in August 2018, procedures initially  took a long time and authorities issued fewer than 9,000 permits in the first 11 months, dpa reports.

New slump due to coronavirus

This year, the number of monthly reunifications has plummeted. Around 1920 visas were issued during the first four months of this year, with a consecutive downward trend each month. While 782 visas were issued in February, the number went down to 480 in March and dwindled to only 4 cases in April, according to figures by the interior ministry.

The coronavirus pandemic led to a near shutdown of international travel, the closure of borders and a suspension of government services. Refugee resettlement programs by the UNHCR were also suspended. 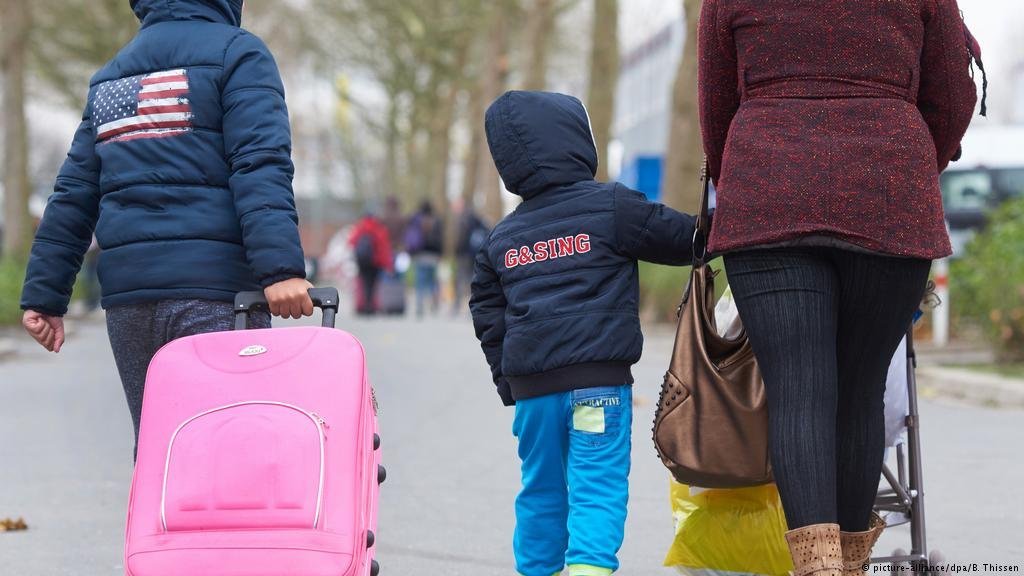 Ulla Jelpke, parlamentarian of the Left Party in Germany, urged that unused permits should not be allowed to expire. "The current suspension of reunification is catastrophic especially for the relatives of refugees with subsdiary protection, " she said. "These people have been waiting at least four years, sometimes even longer, to be able to live again with their closest family -- we are talking about spouses and their own children!"

The reunification right applies to the spouse and children of adult refugees. Parents may also apply if the person with asylum status is underage. Relatives first need to file a request at German diplomatic missions abroad, where the requests are then checked before they are checked again at foreigners' offices in Germany.

The Bundesverwaltungsamt (BVA) makes the final decision on who can come to Germany and also keeps count on the monthly contingent of 1,000 people. If an application is accepted, the German authorities abroad will issue the visa.