Coronavirus in Yemen: A country on the brink

Yemen has suffered years of civil war, poverty and cholera — and now COVID-19 is also rampant. Aid groups say the country is on the brink of collapse, but an international donor conference hopes to raise billions in aid.

"For us, death is normal," said Amal Mansoor. "But I am still afraid of the coronavirus."

Mansoor, 28, lives in the Yemeni capital, Sanaa. She's worried because the coronavirus, which has been in the country since mid-April, is adding to the problems of a people already made weak and vulnerable by a cholera epidemic and five years of civil war.

As of early June, Johns Hopkins University had confirmed over 320 cases of COVID-19 infection in the country, and at least 80 deaths. But no one really believes these low figures. "In Yemen, we have virtually no possibility to carry out testing. We have no idea how high the number of infections really is," said Mansoor.

Mansoor told DW she once held great hopes for her country — back in 2011, when the old government was ousted in the wake of the Arab Spring rebellions. "I absolutely wanted to stay in my country, to see for myself how it would develop," she said. 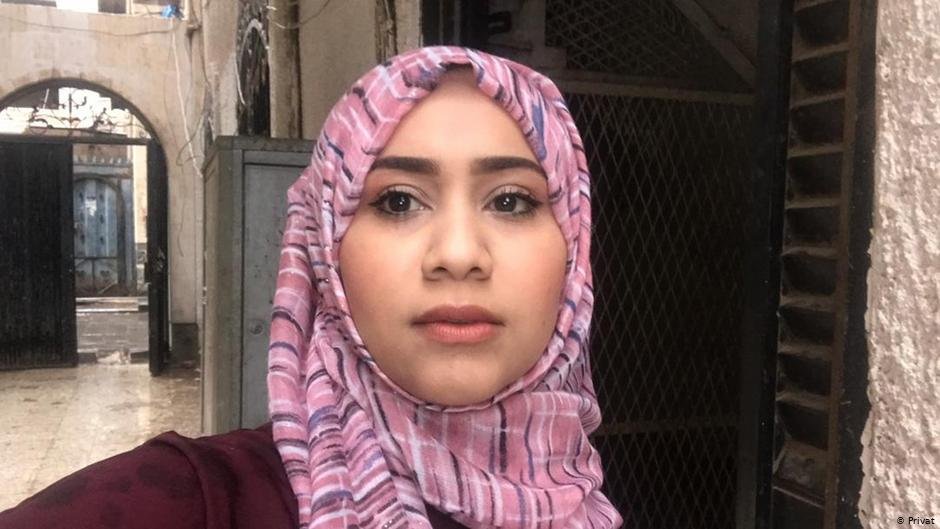 But then everything took a different course. In 2015, the war began. "And now we have the coronavirus in the country as well. My home can't cope with an epidemic," she said.

As a freelance journalist for international media outlets, Mansoor has closely observed how Yemen has handled the outbreak. She relates how the few hospitals that are still intact have refused to take in infected people, partly because staff members there lack adequate protection equipment.

"As a nurse, I want to help and treat patients," said Irene Versoza, a nurse at the University of Science and Technology Hospital in Sanaa, in a recent report from the UN Office for the Coordination of Humanitarian Affairs. "Even if I want to treat, how can I do that without personal protective equipment? My focus would shift from the patient to worrying about if I will get infected."

Mansoor reports that many Yemenis don't dare go to hospitals, for fear of becoming infected themselves. She said people in Yemen have experienced many terrible things, but said coronavirus could be the final blow.

A complicated proxy war has been raging in Yemen for the last five years. At its core, it's a conflict between Houthi rebels and the internationally recognized government of exiled President Abed Rabbo Mansour Hadi. The latter, however, is backed by a military coalition led by Saudi Arabia and the United Arab Emirates.

Saudi Arabia, a Sunni monarchy, sees the Houthis as allies of its archenemy, the predominately Shia Muslim nation of Iran. The Houthis took control of large parts of Yemen in late 2014, including Sanaa, where they drove out Hadi and his government. He and Prime Minister Maeen Abdulmalik Saeed are now based in Saudi Arabia.

Aden, in southern Yemen, remained the provisional seat of government, although separatists overran the coastal city last August. They announced plans to "self-govern" the city and other southern provinces in April, amid a unilateral two-week cease-fire declared by the Saudi-led military coalition, later extended until the end of May. The cease-fire was meant to give the United Nations more time to mediate between the Houthis and the government.

Dozens dead each day in Aden

"The situation in Aden is very complicated," said Mansoor. "But even in Sanaa, the situation is anything but easy." She declined to say more about the political situation in the country. 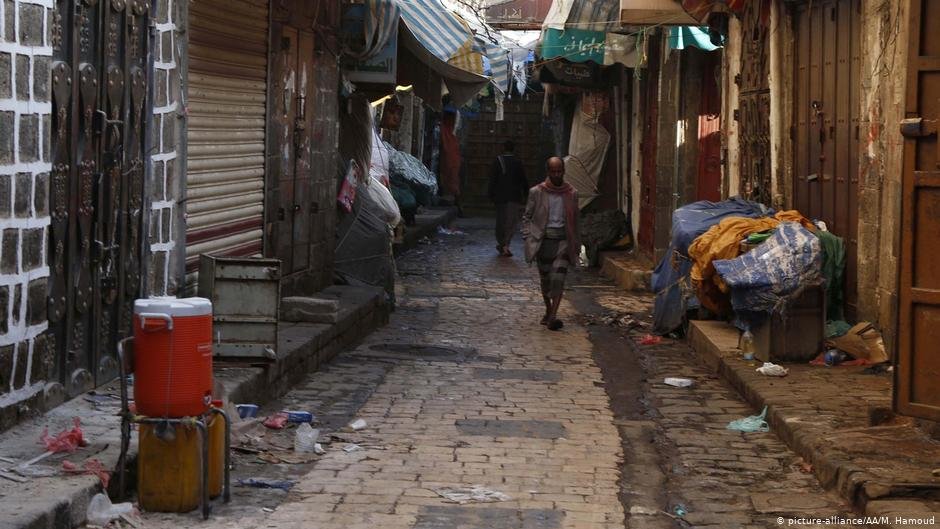 But she said she is especially concerned by the coronavirus news coming from Aden, where many dozens of people are said to be dying every day. Images that have made the rounds show dead bodies lying in the streets, and there are reports of many people dying at home, especially in poorer districts. This has been confirmed by Doctors Without Borders (MSF), which runs the only center for treating COVID-19 patients in Aden.

"What we are seeing in our treatment center is just the tip of the iceberg, in terms of the number of people infected and dying in the city," said Caroline Seguin, who heads MSF projects in Yemen, in a statement in mid-May. "People are coming to us too late to save, and we know that many more people are not coming at all: they are just dying at home. It is a heartbreaking situation."

Government statistics on funerals also make it clear that many people must be dying at home: Eighty people died in Aden per day in mid-May, compared with just 10 a day before the coronavirus outbreak. Doctors Without Borders has also reported a high number of infections among carers and helpers.

Without a way to test the population for the disease, the true number of people infected or killed will remain unclear. Medical resources are also scant: There are just 500 ventilators and 700 intensive care beds available in a country with a population of 29 million. In many districts, there isn't even a doctor.

16 million could be infected with COVID-19

The cholera epidemic has so far infected 2.3 million Yemenis, with some 4,000 people dying of the disease. The UN fears that at least 40,000 will die of COVID-19, while more than half the population could be infected by the virus.

The UN's refugee agency, UNHCR, believes many Yemenis could also develop severe COVID-19 symptoms due to malnourishment, according to UNHCR's Jean-Nicolas Beuze. "It's a tragic situation, one that is being ignored by the rest of the world," he told Indian broadcaster Wion in a recent interview.

Mansoor also feels the catastrophic situation in the country is getting barely any attention. "Perhaps the world is getting tired of always hearing the same terrible news from my country," she said, adding that Yemen has been pushed aside even further due to the global preoccupation with the pandemic.

The fact that the world has turned its attention away from Yemen has had disastrous consequences. Several local aid organizations have been forced to close their doors over a lack of international financial assistance, and even the UNHCR has less money at its disposal — not even 30% of the aid money it needs for Yemen, according to Beuze. This is particularly devastating for the more than 3.6 million people internally displaced by the war, who can no longer be adequately supported.

Some hope has been placed in an online UN donors' conference held on June 2 in the Saudi capital, Riyadh. The conference is aiming to come up with $2.41 billion (€2.2 billion) to cover essential activities in the second half of the year, including $180 million to fight the coronavirus pandemic.

Germany said it would contribute €125 million in humanitarian aid to Yemen.  In total, the donor summit raised $1.35 billion, or just about half as much as the country requires.

"The UN will continue its fundraising efforts, this is not the end," UN emergency relief coordinator Mark Lowcock said as he announced the total pledges at the end of the conference.

Mansoor said she is still among the privileged in Yemen. She lives with her mother and two aunts in an apartment in central Sanaa, and can pay for a large share of her family's needs with her jobs. "We follow the health recommendations and have masks and gloves. I leave the house only to do what has to be done, but I can also work from home," she said.

But, she said, this isn't possible for many Yemenis. "Most of them are day laborers; they can't afford to stay at home. If they don't work, they starve," she said. "I am afraid that I might soon have to step over bodies in the streets of Sanaa, too."