A law in Iran came into effect that allows children born to foreign fathers to apply for citizenship in the country. The legislation follows years of what many Iranian women who married Afghan nationals saw as discrimination. InfoMigrants spoke to some couples about why they welcome the decision.

Guisoo Ebrahimian from Iran and Fraidoon Poya from Afghanistan have been worried about the future of their children for years. Their son is one, and their daughter six years old. Both children have Afghan citizenship and are living with an Afghan passport and a residence visa in Iran. The parents were concerned that as Afghan nationals, their children would face prejudice and discrimination, something which is prevalent in Iranian society.

"Unfortunately, there is a kind of inappropriate prejudice against Afghan immigrants in Iranian society, and my wife and I did not want our children to face such attitudes," Fraidoon told InfoMigrants. He and Guisoo married seven years ago and their marriage is registered in Iran and Afghanistan.

Guisoo is one of over one hundred thousand Iranian women who have married a foreign man. They have been fighting  for years for the recognition of the "right to maternal blood" in Iran. Until now, the Iranian government has only recognized what they term "patriarchal blood rights" under Islamic Sharia law which means they will only grant citizenship to children born to Iranian men marrying foreign women. 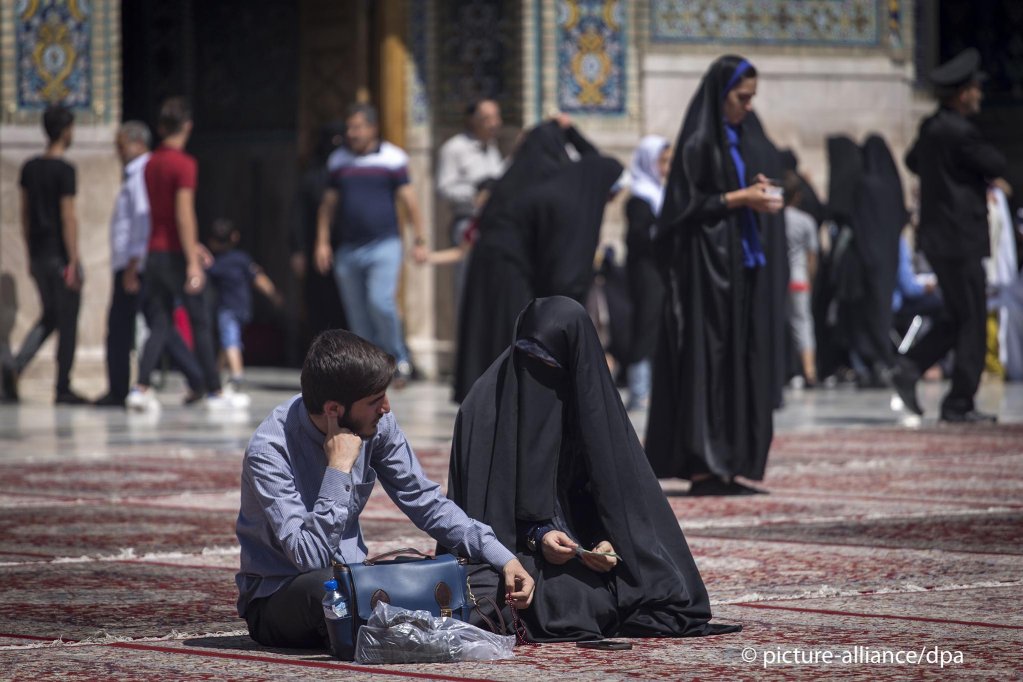 According to official statistics, more than 150,000 Iranian women are married to foreign men. Between them, they have given birth to more than 500,000 children who do not hold Iranian citizenship. Many of the children and adolescents do not even have the citizenship of their father's country. The statistics provided are only for women whose marriages have been registered, but there are also many women who are legally married but have not been officially registered.

"Even women who are not officially married with foreign men can register their marriages and apply for Iranian citizenship for their children," Guisoo Ebrahimian, a lawyer herself, told InfoMigrants. But, she added, "this law also states that children born under the sharia and unofficial marriage of Iranian women with foreign men will not receive Iranian citizenship from the date of implementation of this law."

Debate on the legalization of citizenship for children of Iranian mothers who have married foreign men began in 2007. While the law was already approved by parliament in 2009, it was silenced until two weeks ago. It finally came into effect on Wednesday, June 3, 2020.

Guisoo and Fraidoon are happy about what the law means for their children's future. Guisoo calls the law "the pride of Iranian civil law" and a sign of "progress." Fraidoon, who lives outside of Iran, is also happy that his children no longer need a visa to go to Iran, their mom's home country.

Guisoo pointed out another aspect that she sees as a positive step: "Now foreign men who are married to Iranian women can also receive legal residency because of their Iranian wives and children." Usually, a one-year stay is extended every year, provided that you are in Iran every three months.

Difficulty of registering a marriage

Governorships, Iranian consulates abroad, and the Civil Registry Office, which enforces the law, have begun registering Iranian women who have married foreign men and enrolling their children. First, the marriage of these foreign wives and husbands must be registered.

Firooz, an Afghan citizen, and Fatemeh, an Iranian citizen living in Herat, also see the law as a positive step towards the rights of children of such couples. In an interview with InfoMigrants, Fatemeh said: "Registering a marriage in Iran is not an easy task. A foreign man has to go through a lot of security filters and eventually be approved by the IRGC's intelligence service. He may not be allowed to marry in the end." Firooz added: "I had several long interviews. It took us eight months to register our marriage."

The couple does not have children yet, but both believe that if they have a child in the future, they would prefer them to be citizens of both countries. "Naturally, I prefer my child to be able to live comfortably in his motherland," Firouz said. "Currently, several million immigrants live in Iran due to war and poverty."

According to the official ISNA news agency in Iran, the law also allows persons over the age of 18 who were born to an Iranian mother and a foreign father to apply for Iranian citizenship, even if their mother is dead or their father is missing.

Marriages can be registered in Iranian consulates around the world. In Germany, there are a large number of Iranian women living with non-Iranian men. Shiva is one of them. She married Mathias, a German man, and has a son. "It's a good thing; we will apply for Iranian citizenship for my child. Now I can get a long-term residence permit in Iran for my husband and go to Iran once every three months to see my parents. It used to be difficult for us to travel to Iran because of my husband." she said.

Some children of Iranian mothers and foreign men lack both citizenship. Javad, who was born to an Afghan father and an Iranian mother and has lived in Iran without citizenship and legal documents all his life, came to Germany four years ago and applied for asylum. "I was tired of being stateless. I couldn't go to university or work. The police arrested me several times and tried to deport me to Afghanistan, but fortunately my mother stopped them. I finally decided to think about third citizenship."

Javad now does not want to have Afghan or Iranian citizenship, and hopes to become a German citizen one day.  "I have no good memories of my mother's or my father's homelands. I'd rather be German and die German," he told InfoMigrants.

Guisoo Ebrahimian is pleased that years of efforts by Iranian mothers, as well as her correspondence with the relevant authorities, have finally paid off: "This law is an important achievement in ensuring the rights of women and children in Iran." According to her, it will help improve the reputation of her country that has always been criticized for violating human rights and imposing strict laws on its citizens.

Fraidoon Poya praises his wife's efforts in this regard, but points out that the children will still not be able to fully participate in society. They will remain excluded from working in certain fields, and not be allowed to be politically active, he says. "Who knows, maybe in the future these restrictions will be also lifted in Iran," he adds hopefully.