Lebanon is providing temporary shelter for a group of Ethiopian domestic workers abandoned by their employers. It will repatriate some of them, but COVID-19 quarantine measures mean the pressures of returning home are likely to be even greater.

The Lebanese labor ministry said on Thursday that a group of Ethiopian domestic workers had been taken by bus to a hotel in Beirut "to get them off the street." The group of about 35 women had spent all day outside their consulate with their belongings, some of them crying, according to reports on local television. The government was in contact with international agencies and the Ethiopian consulate to find a long-term solution, Hussein Zalghout, a ministry spokesperson, told the news agency AFP.

Some of those camped outside the Ethiopian consulate had been abandoned by their employers, who had stopped paying them and thrown them onto the street. “They are dumping us like trash,” one worker who had been in Lebanon for seven years complained. “We are human. Would they accept it if their children were treated this way?,” she said to Associated Press. Others assembled outside the mission were undocumented migrants and day laborers unable to find work, according to Amnesty International. 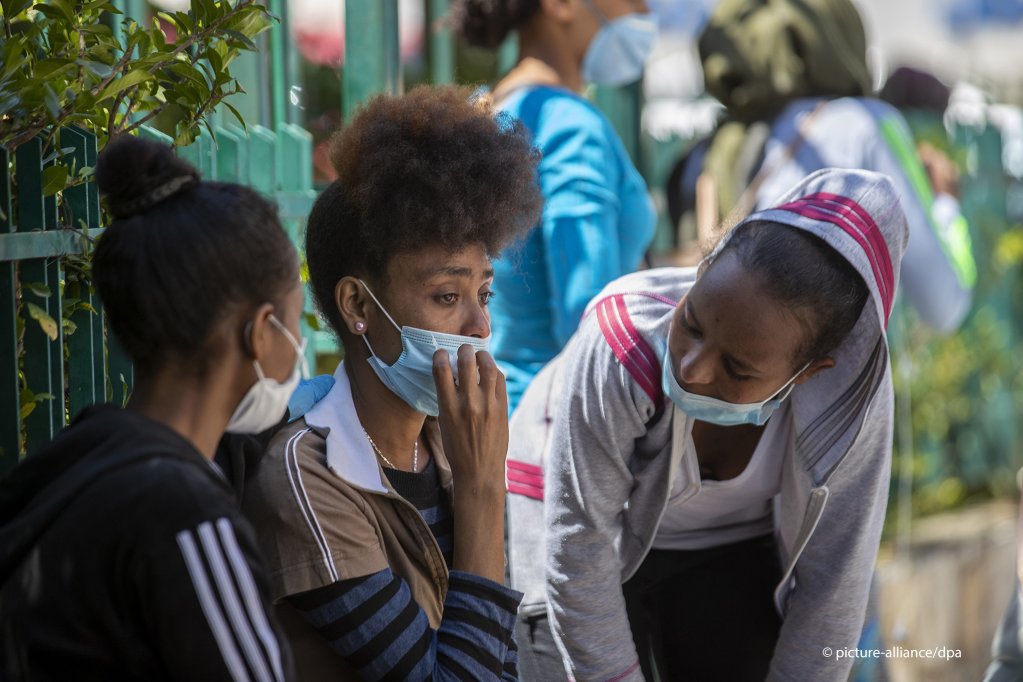 Lamia Yammine Douaihy, the labor minister, on Wednesday condemned the “unfortunate scene” outside the consulate and said measures would be taken against employers. Those “who left migrant workers stranded in front of the consulate will be punished by law and will be placed on a blacklist that prevents them from hiring foreign domestic workers again,” said Zalghout. He added that employers would have to pay the servants the money they owed before they were repatriated to Ethiopia.
Lebanon has been organizing voluntary repatriation flights for Ethiopians since last month. On May 21, dozens were flown home, according to Lebanon’s National News Agency. However, AP reports that many domestic workers are unable to return because they cannot afford the price of a repatriation flight or because of restrictions on air travel.

The majority of the 250,000 migrants employed as domestic servants in Lebanon are Ethiopian women. Many are not protected by Lebanese labor laws and were paid as little as $150 a month before the economic recession.

•••• ➤Also read: Slavery and suicide: Plight of migrant maids in Lebanon made more stark by pandemic

#Migrants working in #Lebanon suffer under the economic downturn of the country as well as new daily realities under the ongoing #COVID19 pandemic.

However, many can't leave the country and return home either - at least not without their employers' consent. pic.twitter.com/urf76UlNcF

Tens of thousands of Ethiopians migrate irregularly each year – mostly to Gulf countries – to find jobs. Many end up exploited as maids or on building sites. Migration experts say that it is easy for “brokers” to tempt Ethiopians to migrate because there are few opportunities for them at home and they feel obliged to try to provide for their families, according to the Thomson Reuters Foundation.

Many who do find jobs are made to work for more than 20 hours a day and deprived of food and sleep. They are often also subjected to physical and sexual abuse.

Since the beginning of April, more than 14,000 Ethiopians have been deported or chosen to return home, mostly from Sudan, Djibouti and Saudi Arabia, according to the UN migration agency, IOM. Since the COVID-19 pandemic, migrants returning home to the Horn of Africa have sent directly to coronavirus quarantine centers for 14 days, instead of receiving rehabilitation and reintegration assistance.

“Most of the returnees who need further psychiatric, psychological and physical care returned home before they got the services they required,” Abera Adeba, the head of the Agar Ethiopian Charitable Society, told Thomson Reuters. Adeba said that, despite the government’s assurance that psychosocial support was provided at quarantine centers, the counseling was inadequate.

A temporary shelter southeast of Addis Ababa has been set up for returning migrants needing further support after two weeks in quarantine. Daniel Melese from the Freedom Fund, which finances the shelter, says that returnees risk developing severe mental health problems. “They are going back with frustration, unmet expectations and low self-esteem. The families (receiving them) also have that feeling,” said Melese. 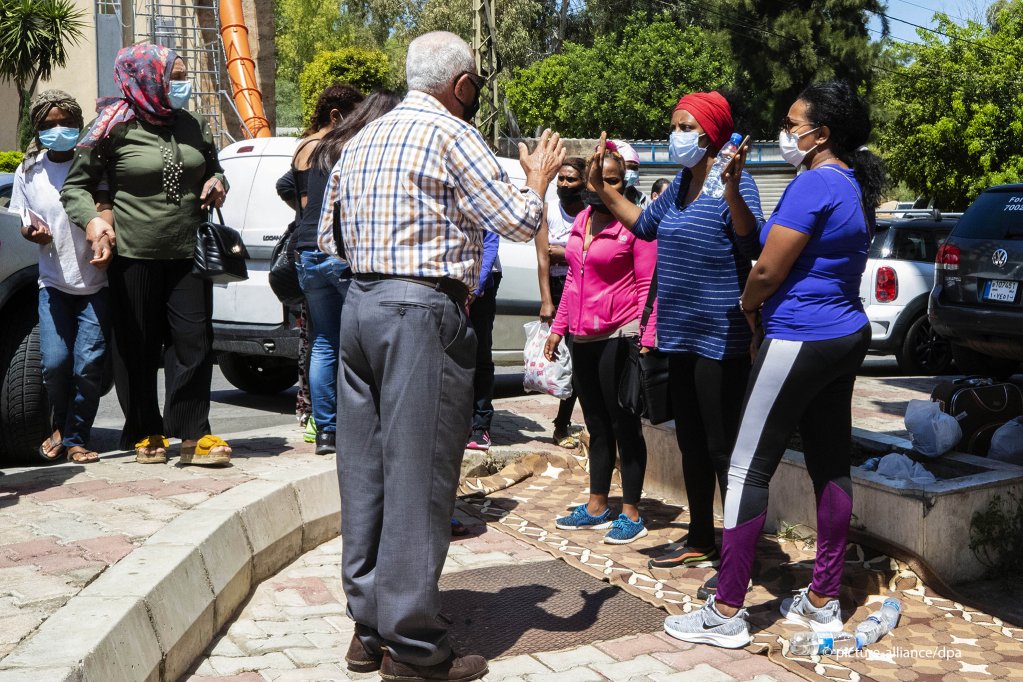 Rita, who is living in the shelter after returning from being a domestic worker in the Middle East, said she is recovering little by little but "the depression comes back when I think about my salary and all the time I have lost."

"I don't have plans to go back home in the near future unless I receive training, get a job and save money to be able to buy coffee and sugar when I go back," Rita says.