Sea-Watch has been rescuing refugees from drowning in the Mediterranean for five years. An exhibition at the Frankfurt Weltkulturen museum aims to remind people of the issue. DW talked to curator Jelka Kretzschmar.

DW: The Sea-Watch 3 was quarantined in late February/early March. Is the ship back at sea again?

Jelka Kretzschmar: No. The ship was actually in port when the coronavirus shutdown was announced, so it was no longer possible for us to operate or even bring crews to the ships due to the flight ban. We have adapted our tasks accordingly, because we have to ensure that in the event of a rescue, both crew and rescued persons can be properly cared for and protected. Currently, one crew is in quarantine and preparing for deployment. Activists have to be available for an incredible amount of time at the moment because they have to be in quarantine before and probably after the actual operation.

As far as we know, nothing has actually changed concerning escapes from Libya. After all, people are not suffering any less because there is a global pandemic; the situation in the Libyan torture camps has not changed.

In other words, people are still fleeing, the only difference being that the lack of civilian ships means that we have no means of rescue on the ground. There have been many maritime emergencies in recent weeks, including one case where we know that people were at sea for up to six days and either died as a result of the inaction of European authorities or were repatriated in a coordinated manner from Malta to Libya in violation of international law. And in addition to specific cases we are aware of, there are unreported cases. 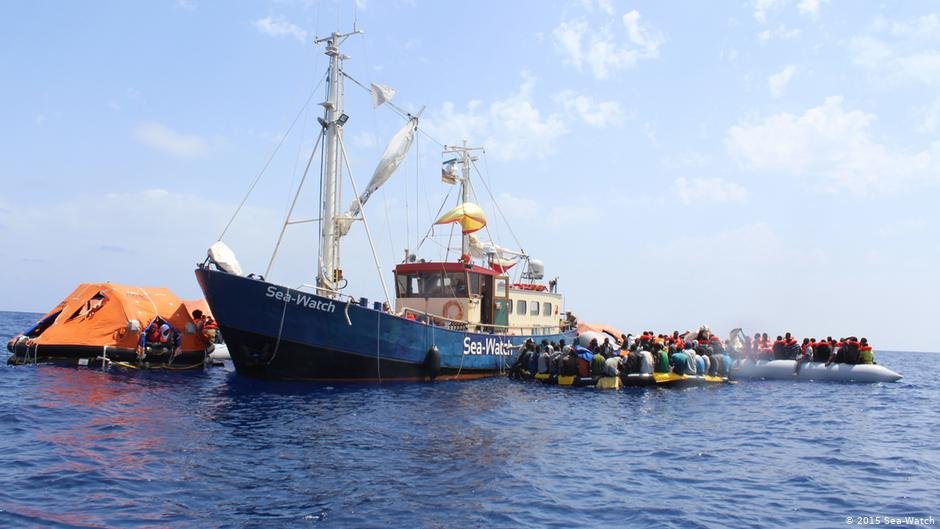 Five years ago, Sea-Watch launched its civilian sea rescue. What has changed for the organization over the years?

We still have the same goals today as we did at the start, namely that no one should drown at Europe's borders, that we need a state rescue mission, that there must be safe escape routes. That has not changed. Of course, a lot has changed operationally, because we started with a handful of activists and then quickly grew to a relatively large size. Today, about 500 volunteers are active for us on a regular basis.

The coronavirus pandemic has overshadowed everything in recent months. Is that also true for the perception of the situation of the refugees at sea?

There have been peaks in attention, like in 2015 and 2016, when there was an outcry, and in 2019, with the events surrounding Sea-Watch 3 captain Carola Rackete.

Unfortunately, the issue is no longer interesting for a lot of people, although the situation has not improved. The death rate in the central Mediterranean is higher than five years ago.

Of course, there are always rays of hope, like the fact that the German state of Thuringia has just adopted a reception program — that's a good sign.

Nevertheless, European policy has become ever more rigid, and the policy of isolation is being widened. That is evident by the resources made available to the so-called Libyan coastguards, for instance, and it is manifest in the criminalization of the sea rescuers. 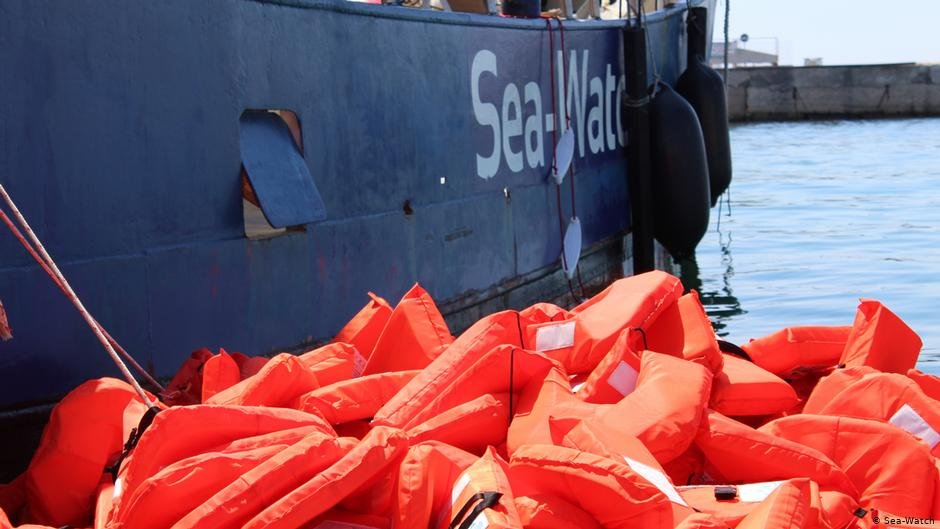 The topic has received broad media coverage. How can your exhibition in Frankfurt's Weltkulturen Museum give visitors an understanding of what is happening in the Mediterranean and of Sea-Watch's significance?

On the one hand, it is very important to look at these five years and see that if we were able to act so professionally so quickly as civilians in the Mediterranean, saving 37,000 people, then it would be a cinch for the European authorities who are responsible here. For five years we have been taking on tasks that we should not actually be taking on; we shouldn't even exist.

We would like to see this exhibition trigger a dialogue because people can find a more detailed approach here alongside regular media reports, and can take their time to deal with the various focal points of the exhibition.

Surely the target group should include more people than those who already have an awareness of the topic?

The exhibition highlights the experiences, the legal processes and how rescue is criminalized. On the one hand, we would like to deepen the discourse for people who are already dealing with the topic, but also to bring the discussion back into society.

Jelka Kretzschmar is responsible for research and media at Sea-Watch e.V. and is one of two curators of the exhibition "SW5Y - Five Years of Civil Sea Rescue" that runs from June 5 to August 30, 2020 at the Weltkulturen Museum Frankfurt. Due to the coronavirus pandemic, admission is limited.