Three EU member states will take in some of the 425 migrants disembarked in Malta this weekend after they were held offshore for more than a month. According to the European Commission, France, Portugal and Luxembourg have agreed to relocation.

The three countries have said they are willing to accept some of the 425 migrants, a spokesperson for the European Commission (EC) said Monday, but it remained unclear how many each country was willing to accept.

The announcement came after the Maltese government made an urgent appeal to EU states to step in and offer their help in relocating the migrants, dpa reports.

425 migrants had been held on tourist ferries for several weeks, some since April 30, after they were rescued from distress at sea. The migrants, who departed from Libya, were quarantined on tourist ferries owned by the private company Captain Morgan Cruises, and were moored outside Malta's 12-mile (19-kilometer) maritime zone.

Calls to let the migrants in

Since then, non-governmental organizations including Human Rights Watch as well as United Nations agencies repeatedly appealed to the Maltese government to bring the migrants to dry land. "States must continue to disembark people rescued at sea, in line with international maritime law obligations and ensure access to asylum and humanitarian assistance," a joint statement by the International Organization for Migration (IOM) and the UN Refugee Agency (UNHCR) read, published on May 22.

A student protest on Malta also gained momentum, linking the protest against racism and the violent death of George Floyd to the calls for solidarity with migrants rescued at sea.

After an alleged violent incident involving knives on board one ship, Prime Minister Robert Abela, this weekend, bowed to the pressure and gave the green light for disembarkation. Abela said that migrants on the "Europa II" ship had grabbed knives from the galley and threatened to blow up a gas cylinder. However, claims on how the crisis peaked differed, Deutsche Welle reported.

At the same time, Malta insists that it can no longer receive migrants during the coronavirus pandemic and that its ports remain closed, the recent disembarkation notwithstanding. Prime Minister Robert Abela stressed early on that since Malta's airport and harbors have been closed to tourists, they will not be open to migrants. 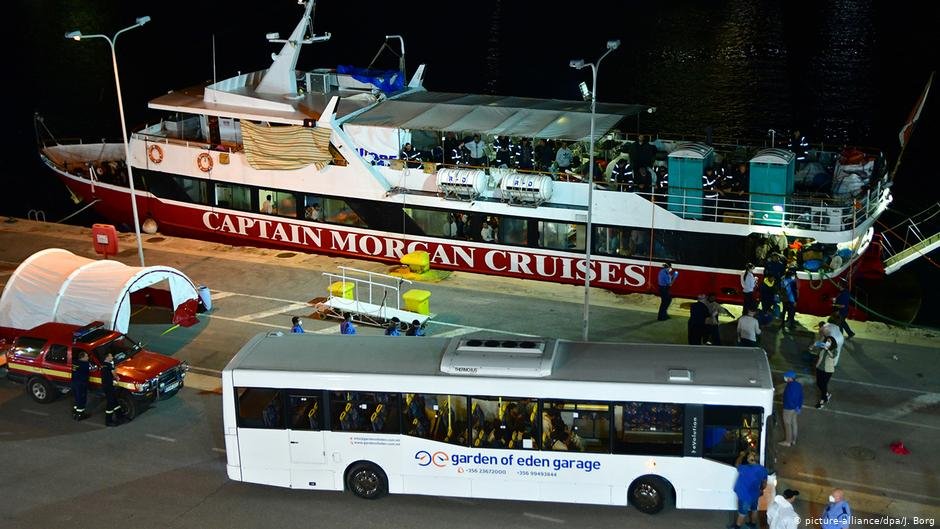 The European Commission is responsbile for the coordination of the distribution of migrants across member states. The spokesperson said the EC was relieved that the migrants had been allowed to land and that some EU members have offered to accept some. However, a more sustainable solution for the rescue of migrants trying to cross the Mediterranean was needed, the spokesperson added, reports dpa.

The EC also said it hoped that other countries would follow suit. "We have three member states and we very much commend them of course. We also encourage other member states to show their support too," a spokesperson told reporters on Monday, June 8 reported the European specialist platform euobserver.

The relocation of migrants has long been a sticking point in the EU's common framework on migration. The issue will form part of the proposals for a new EU migration and asylum policy, that according to European Commissioner for Home Affairs Ylva Johansson is to be presented at the "beginning of summer". She was speaking at a video conference organized by the think tank Friends of Europe on May 18. She contended then that the most contentious aspects of asylum in the new pact, which include the redistribution mechanism, have yet to be resolved.