Sea-Watch 3 back sailing the Mediterranean

After more than three months, the private migrant rescue boat Sea-Watch 3, run by the German-based organization Sea-Watch, has set sail. Its intention: to save lives in the Mediterranean. The ship left the southern Italian port of Messina and is headed towards Libya.

"The #SeaWatch3 sets sail!" read a jubilant tweet from Sea-Watch on Saturday, June 6. The start of the new mission was confirmed by the private rescue organization on Monday, June 8, when they posted more pictures of the crew out on the open seas. The crew left the Sicilian port of Messina where they have been docked since the end of February, heading for north of the Libyan coast once again.

"After more than three months in the port of Messina, we are finally heading to the search and rescue zone north of the Libyan coast again," continued the tweet.

So glad you are out there again! Lives literally depend on it. https://t.co/IWYIevDR2Q

The organization said on Twitter that its crew was "constantly practicing standard safety and rescue procedures as well as an extra batch of COVID-19 prevention measures."

The news agency Agence France Presse, (AFP) reported that, before setting sail, the crew on board had all undergone a 14-day quarantine period and been tested for the novel coronavirus.

The Sea-Watch 3 "will be the first NGO ship to be operating in the area for more than two months," wrote AFP.

The vessel will be joined shortly by another Sea-Watch boat, number 4, which has been funded by the German Protestant Church. Sea-Watch 4 will set sail "in a few weeks," reported AFP, from the Spanish port of Burriana, near Valencia.

The organization posted a video on Facebook at the end of April, taking interested supporters on a tour of the conversion of their new vessel.The vessel is a converted scientific boat, Sea-Watch said. They wrote at the time that they were busy turning it into "probably the best equipped ship in the Mediterranean." On board the Sea-Watch 4 there is a fully-equipped hospital and a separate area for women and children with showers and bunk beds "so that women and children can retreat and have a safe place on board." Since April, both the Aita Mari and the Alan Kurdi rescue ships have been impounded on "technical grounds" by the Italian authorities. The sea rescue organizations responsible for the two ships have been fighting to save their ships and get them released so they can begin their rescue missions once again.

On June 2, they posted their campaign once again, with a list of the ships which had landed in Lampedusa and Malta in the absence of any rescue missions. According to the Spanish NGO Salvamento Maritimo Humanitario (responsible for the Aita Mari ship), there have been 22 ships which either landed autonomously or were pushed back in the Mediterranean since the beginning of May. Most of the ships contained tens if not hundreds of people on board, totaling around 1,770 people.

The local Sicilian online news portal Ragusa Oggi said on Saturday that next week the organization Mediterranea would be sending its boat the Mare Jonio back to sea too. That boat has been in the port of Trapani after it sailed from Licata, having been confiscated by the Italian authorities and then blocked because of the COVID-19 lockdown.'We are not just rescuing shipwrecked people, we are rescuing fleeing slaves'

In a video posted on the organization's Facebook page, partially in Italian, some of the crew introduce themselves. They say their patrol route will depend partly on the weather and partly on the whereabouts of those in need. One crew member from Athens, who says he is the rescue coordinator on board and has been saving lives since 2015, explains that the Central Mediterranean route is the "deadliest sea crossing on the planet." 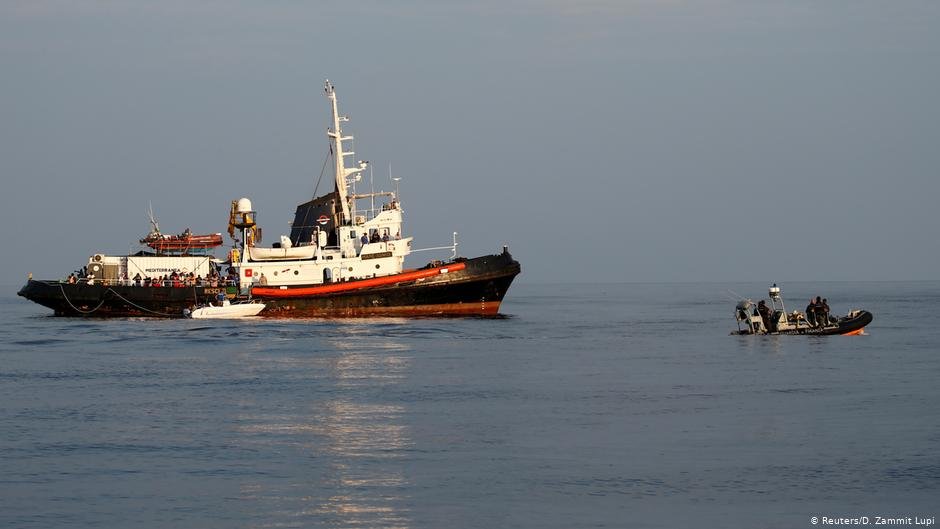 He adds, that the Mare Jonio is preparing to set sail in the context of both Italy and Malta adhering to their declarations that their ports are closed to migrant arrivals. He said that rescue ships like the Mare Jonio and the Sea Watch are "the only hope that is left for people at sea." He adds that he believes that they are "not just rescuing shipwrecked people, but we are rescuing fleeing slaves."

A young female junior doctor in the video explains how she feels her role on board will be important, since many women who are rescued "have been raped in Libya" she explains and therefore can find the required medical examinations doubly problematic. The doctor says that she hopes her presence can make it a little easier for them. She explains how during the COVID-19 pandemic she worked in emergency medicine in her home town of Cesena in the region of Emilia Romagna in the north of Italy. As soon as the emergency subsided, she said she wanted to help people in need in the Mediterranean once again.