Morocco's navy says it saved nearly 100 migrants on several boats in the Mediterranean, according to the country's official MAP news agency. The migrants were reportedly traveling in the direction of Spain on several boats on June 18.

The MAP news agency reported that the navy had "rescued, in the night of Wednesday to Thursday, 93 sub-Saharan African migrants who were on board makeshift boats." The migrants were taken "safe and sound to the port of Nador" in northeastern Morocco.

A military source reportedly told MAP that they received care on board the navy vessels. The Agence France-Presse (AFP) news agency said that there were 15 women and several children in the group of migrants. 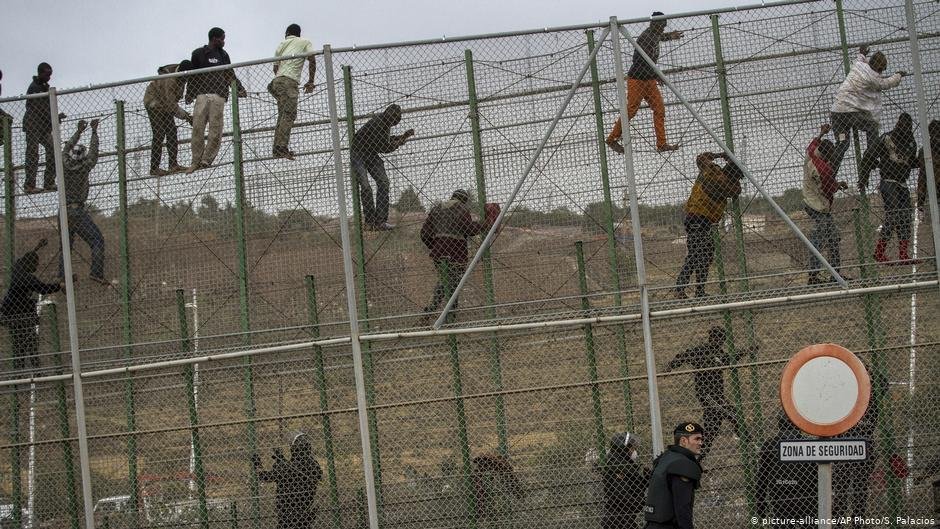 At the forefront of the migration crisis

Morocco is a key transit route for migrants from sub-Saharan Africa attempting to reach the European Union, in particular Spain, often using the Strait of Gibraltar, which at its most narrow point separates Europe from the African continent by only 14 kilometers. Moroccan law enforcement officials say that last year alone, they managed to stop around 74,000 attempts to migrate to Spain using irregular means. The situation is particularly dire at the Spanish enclaves of Melilla and Ceuta, which have land borders with Morocco.

Morocco receives aid money from the EU to stop migrants from reaching European soil. The North African kingdom is also known for returning migrants it intercepts back to sub-Saharan countries. NGOs, including Amnesty International, have criticized Morocco's handling of migrants and refugees, with some accusing the country of violating human rights.