A number of humanitarian groups claim that the EU is using aerial surveillance to spot stranded migrants in the Mediterranean but only alerting Libya's coast guard to intervene. They say the alleged move facilitates illegal pushbacks while preventing non-governmental rescue operations from reaching migrants.

Alarm Phone, Borderline-Europe, Mediterranea Saving Humans and Sea-Watch said in a joint document that "tens of thousands" of migrants have been returned to Libya and prevented from reaching Europe because EU planes operating in the Mediterranean only supposedly contact Libya's coast guard when they spot stranded migrants.

The report said that EU planes "spot migrant boats in distress and contact only the Libyan authorities to de facto prevent other ships from engaging and from disembarking the rescued at a safe port."

European reconnaissance flights play a crucial role in coordinating interceptions and have continued unabated in recent months, despite the request by the UN High Commissioner for Human Rights to stop them (Article in Italian) https://t.co/eXyPe688k6

The four associations highlighted that such practices would be in violation of international law, as migrants would collectively be rejected under such provisions and not be afforded opportunities on an individual basis to have their claim to asylum heard and assessed. Furthermore, they noted that there could be a case for human rights infringements as well, as intercepted migrants would routinely be returned to dangerous detention camps in Libya, which have repeatedly come under fire as a civil war continues to rage there.

The alleged strategy has also resulted in shipwrecks and "mass fatalities," the associations stressed.

Humanitarian groups have long made claims that the EU has set up mechanisms to prevent migrants from reaching European shores, including activities at sea that they say are illegal.

"EU actors have delegated responsibility to the Libyan authorities and become complicit in the systematic interception and return of people seeking to escape from Libya," the joint report read. It stressed that there was a "crucial role played by EU aerial surveillance in mass interceptions off the coast of Libya, which have been expanded over recent months." 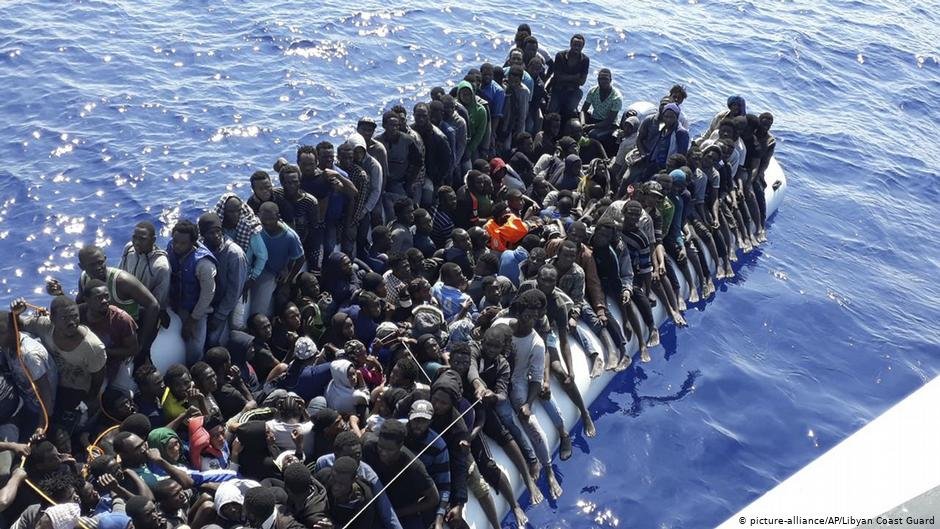 The document further claims that the EU's management of migration in the Mediterranean was now conducted under the premise of "avoiding any kind of physical contact with people on the move."

To provide evidence, the 30-page report documents three emergencies in the Mediterranean in 2019, which the four groups say they had witnessed.  These practices had reportedly caused delays of up to 12 hours, while forcing people back to a country at war, it said.

Read more: Over 400 migrants returned to Libya over weekend

Change in EU approach to migration

EU countries have various agreements in place with governments in north Africa to help stem the flow of migrants into Europe and limit the powers of people smugglers. Italy and Libya signed a memorandum of understanding in February 2017 that resulted in Italy supplying patrol vessels to the Libyan government in Tripoli.

The EU meanwhile has cut back funding for search-and-rescue operations of its own, relying instead on aerial surveillance. It is instead channeling funds to Libya's coast guard, giving financial support and training.

Alarm Phone, Borderline-Europe, Mediterranea Saving Humans and Sea-Watch said that because of the change in approach to managing the migrant situation in north Africa in recent years, incidents like the ones described in the 30-page document were increasing and becoming 'emblematic' of the EU's attitude toward managing migrations across the Mediterranean Sea. 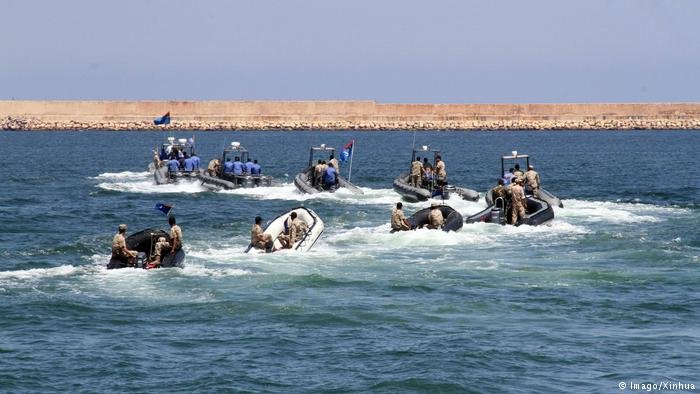 The European Border and Coast Guard Agency, Frontex, is in particular accused of relying on the use of drones and surveillance planes "to gain knowledge of the presence of boats in distress and their positions without having to engage in rescue activities," the report said. Frontex has in the past been repeatedly accused of being complicit in migrant abuse across Europe.

The four groups also alleged that Frontex was alerting no one but Libya's coast guard in the zone patrolled by Libya, even when charity or cargo ships were located in the specific area where migrants had been spotted at sea, and who might be able to "help in a faster and more appropriate way."

Frontex responded to the allegations, saying they were "utterly wrong," adding that the agency had helped save more than 330,000 lives over the past few years. Frontex added that according to international law, it was up to the "relevant rescue center" to decide which boats in which areas are called to participate in the rescue.

Frontex spokesman Chris Borowski also denied the use of drones, saying that each time migrants were spotted stranded at sea, "we alert rescue centers in the region about the situation, as required by international law.

"The priority is to save the lives of the people in need," he added. 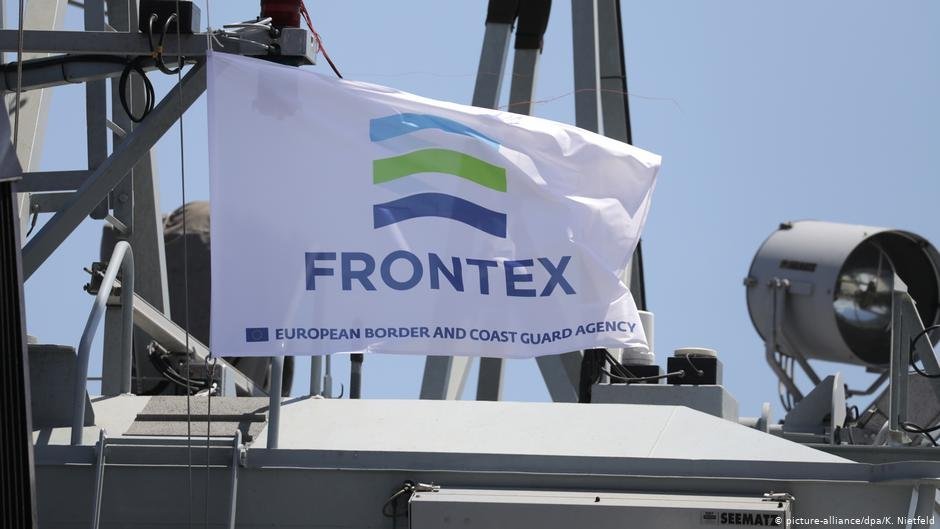 Read more: Are Turkish ships working with the Libyan coastguard in the central Mediterranean