Several people have died following another shipwreck along the Libyan coast over the weekend. The incident took place near the capital, Tripoli. The exact number of victims is so far unknown; however, according to initial reports, there were three bodies washed up on the beach near the town of Al-Zawiya, about 50 kilometers west of Tripoli.

There were at least 19 survivors who were picked up by a fishing boat, according to early reports. The survivors were reportedly taken to an unofficial detention center, according to the International Organization for Migration (IOM).

🚨 Breaking: Shipwreck off the coast of Tripoli, Libya this morning.

IOM staff are following up and are informed that survivors were taken to an unofficial detention centre.

There is still no information about the number of lives lost in this tragedy. pic.twitter.com/kM7h83YRqt

Earlier last week in a separate incident, the bodies of two African migrants and a 5-month-old boy who had drowned in a shipwreck over the previous weekend were found in the same area.

Quarantine on a boat

In a separate development, 67 migrants who had been saved by the “Mare Jonio” private rescued mission last Friday, were allowed to disembark on Italian soil. At the same time, 211 migrants intercepted by the “Sea-Watch 3” rescue mission were instructed to head for a quarantining vessel docked at Porto Empedocle in southern Italy. They were told that after two weeks of isolation, they would be allowed on Italian soil -- despite the fact that COVID-19 tests were carried out on all passengers.

Our 211 guests left the #SeaWatch3 yesterday evening and boarded Moby Zazá. A #COVID19 test came back negative. We hope that after the quarantine the people will be able to decide on how to continue their journey and we wish them good luck and strength 💙 pic.twitter.com/RUPEZifXtK

Sea-Watch added in a statement that it did not welcome the fact that the migrants would technically still be quarantined at sea as long as they are outside Porto Empedocle. The organization street that the global pandemic should not be used as a political excuse to refuse people their human rights and demanded that quarantine measures should take place on land.

However, the rescue organization added that they would “accept” this solution as it enabled them to return to the sea and save further lives. 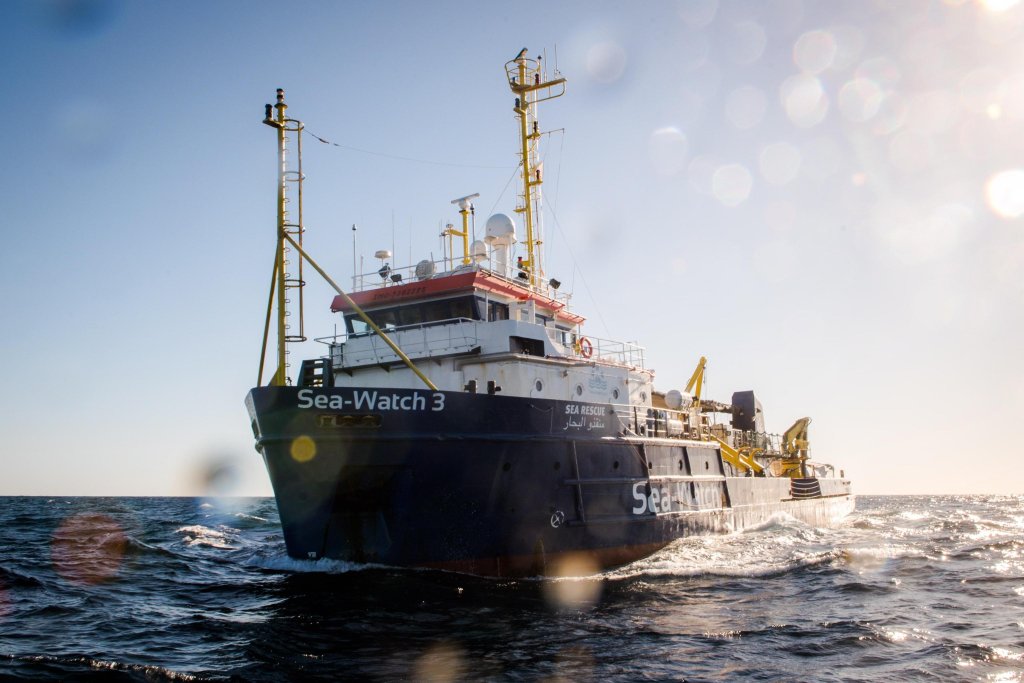 Libya remains a major transit point for African and Arab migrants trying to get to Europe. Since the ouster of longtime dictator Moammar Gadhafi in 2011, human traffickers have used the lack of rule of law in many parts of the country to smuggle people there.

However, many don’t make it across to Europe. In addition to being held for months or years in appalling conditions in Libya, facing the brutal threats of abuse, extortion and slavery daily, those that do attempt to cross the Mediterranean often fail during many attempts, as the European Union has partnered with Libya’s coast guard to stop the flow of migrants.

Those who do make it past various maritime checkpoints face the real risk of drowning while traveling on dinghies and other small vessels that are not seaworthy. The IOM said in March 2020 that its estimated death toll among migrants who had tried to cross the Mediterranean Sea had passed the “grim milestone” of 20,000 deaths since 2014.

According to recent trends, the number of migrants trying to make the perilous journey across the Mediterranean is once more on the rise.