Europe’s human rights commissioner has blamed EU countries for trying to bypass laws. Dunja Mijatovic said some politicians promote the idea that migrants' rights should be sacrificed in order to protect borders.

The rights of refugees – protected under European law – are being violated “all too often,” according to the Council of Europe Commissioner for Human Rights.

"(Migrants) are left risking their lives at sea, returned to dangerous countries, subjected to ill-treatment or arbitrary detention, kept separated from their families, or placed in overcrowded camps in appalling conditions," Dunja Mijatovic told a symposium on refugee protection this week.

The European Convention on Human Rights has existed for nearly 70 years. It does not mention refugees specifically, but cases in the European Court of Human Rights (ECtHR) have led to important forms of refugee protection.

It is not new that European countries try to bypass European human rights laws "sometimes", according to Mijatovic. But when it comes to taking in migrants and refugees, this is becoming common practice, she said.

Rather than trying to ensure that their asylum and migration policies comply with the law under the Human Rights Convention, the commissioner said, countries seemed to be more focused on finding "new ways to prevent such obligations from becoming applicable in the first place." 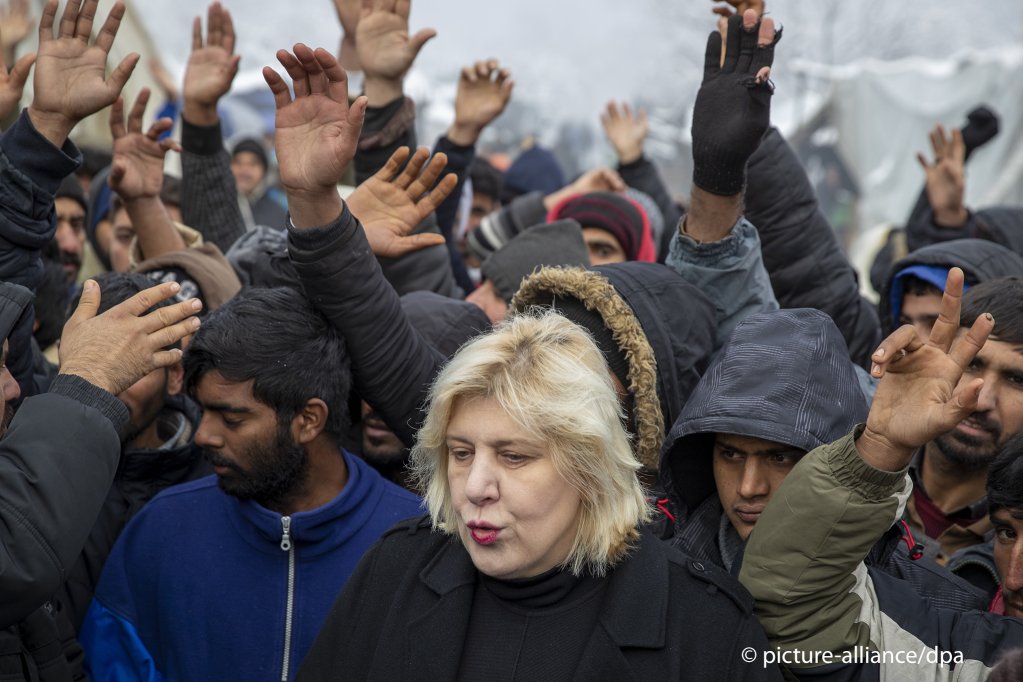 Outsourcing to Libya 'damages the spirit' of the law

European efforts to circumvent human rights laws had worsened the situation in the Mediterranean, Mijatovic told the symposium. She referred to a significant ECtHR judgment in 2012 known as the Hirsi Jamaa case, which found that Italy had broken the law in forcing migrants back to Libya.

The effective ban on direct returns after this case led European countries to find ways to avoid responsibility for those at sea, such as outsourcing rescue to the Libyan authorities.

"While this puts the Council of Europe member states at arms' length from events, it does nothing to stop people from being exposed to torture or inhuman or degrading treatment," said Mijatovic. "I believe that this approach is hugely damaging to (the) spirit (of the Human Rights Convention)."

Meanwhile, certain court judgments had been used by European countries to justify their pushback practices, the commissioner added, despite states' obligations with regard to non-refoulement and the prohibition of ill-treatment.

Commissioner Mijatovic accused European countries of creating chaos through bad management and lack of investment in asylum systems. With anti-migrant rhetoric on the rise in many European countries, she said, politicians were responsible for “feed(ing) the suggestion that human rights are not an essential element of border control, but a hindrance to it. And that human rights must thus be sacrificed for the sake of protecting … borders.”

European governments should not be able to decide whether or not to abide by human rights laws, Mijatovic said. She added that she hoped Germany’s term as European Council president, which starts next month, would help to boost human rights protection and asylum policy in Europe.