Doctors Without Borders (MSF) has accused Greek authorities of using the coronavirus as a pretext to continue a lockdown on migrant camps. The government in Athens has extended the lockdown until July 5, while lifting restrictions across the country.

A coordinator from Doctors Without Borders (MSF) on the Aegean island of Lesbos, Marco Sandrone, says a Greek government decision to extend a three-month virus lockdown on migrant camps was not based on public health concerns.
Athens announced at the weekend that there would be no lifting of restrictions for the migrant camps on the islands until at least July 5, in the fourth extension to the lockdown to be declared since March. No reason was given for the decision.
••••➤ Also read: Pro-migrant protests in Athens as Greece extends lockdown
Greece has remained relatively free of COVID-19, with 190 recorded deaths from the virus. The government has progressively loosened restrictions, declaring at the end of May that the country was “ready to welcome the world.”
Health concerns are ‘a pretext’
"We cannot stay silent any more," Sandrone told the news agency AFP. "People in the camp do not represent a threat. They are a population at risk," he said.
Sandrone said Greek authorities had also failed to keep their promise to move older people and those with chronic illnesses quickly out of the camps. Instead, they were being kept indoors, with public health concerns being used as a pretext.
Portraying migrants as a risk to the general population is "extremely dangerous rhetoric," especially when "the threat comes from outside," Sandrone said. 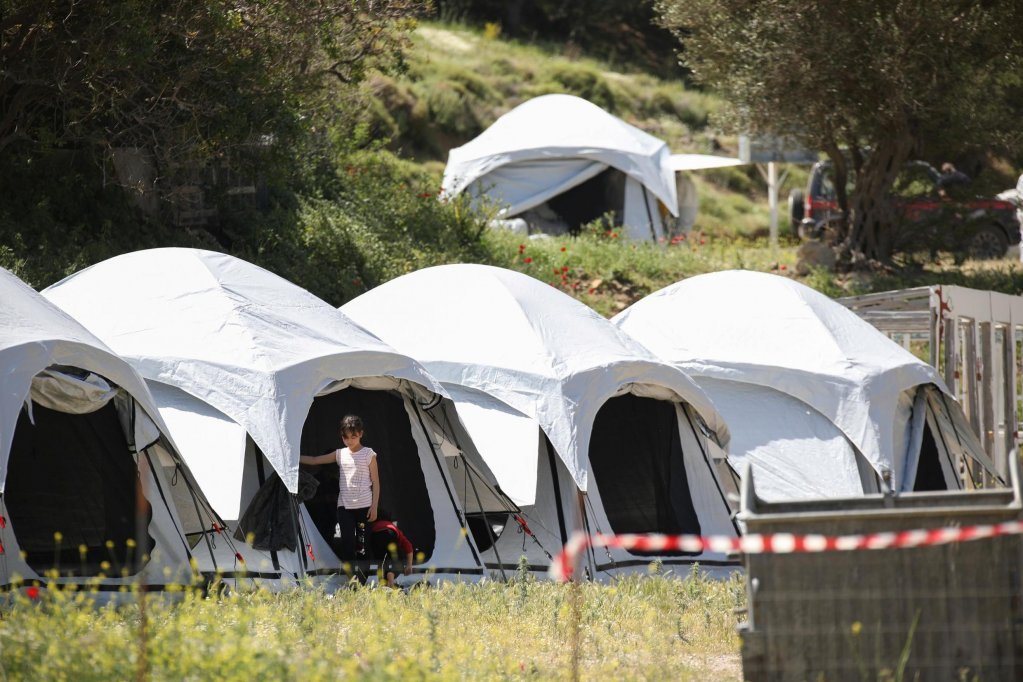 'We pray that the virus doesn’t come here'
Nasrin Hassani, an Afghan migrant who is eight months pregnant, told AFP: "About this virus, we just pray that it doesn't come here."
If a single person caught the virus, she said, the camp would be overwhelmed, because there are not enough doctors or medical supplies. "(It) is like a prison," she said.
No coronavirus cases have been recorded in the Moria camp and no migrants are reported to have died from COVID-19 in any of the Greek island camps.
However, Greek authorities have been accused of doing little to protect residents in the facilities, where overcrowding makes social distancing impossible and many do not have access to enough water, sanitation and hygiene products.
There are currently more than 32,000 asylum seekers in the island camps with a capacity of 5,400. The Greek government has been transferring thousands of the migrants to the mainland in an effort to reduce the overcrowding.