The Roja transit camp closed its doors to new arrivals on April 18, when Italy imposed a nationwide COVID-19 lockdown. While the camp remains shut, up to 200 migrants are forced to sleep on city streets.

Italy may have lifted its nationwide coronavirus lockdown, but the easing of restrictions has not reached Ventimiglia, a northern city near the French border. The doors of the Roja migrant camp, run by the Italian Red Cross, are still closed following orders from the local prefect. No new arrivals are accepted in the camp, which has a capacity of up to 300 people, but currently houses around 100 migrants, according to camp officials.

Outside the camp, however, the situation for a growing number of migrants is worsening.

“We have about 20 to 30 new arrivals a day in the city," said Maurizio Marmo, president of Caritas Ventimiglia, an NGO that organizes a take-away food service every morning. “For more than a month now, migrant journeys have resumed. Those who were in Sicily, Trieste or on the Balkan route have started travelling again to France, the UK, Germany or other northern European countries." 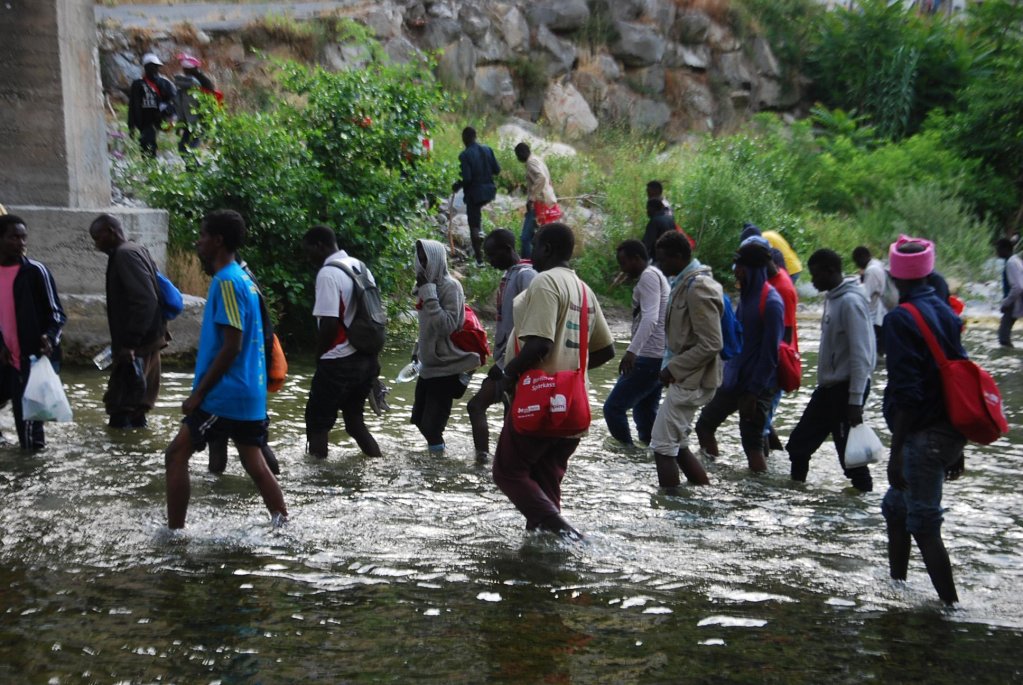 A well-known stopover for migrants, Ventimiglia is also a bottleneck, as police checks and expulsions at the border with France are common.

The Roja camp, set up in July 2016 on the outskirts of Ventimiglia, responded to this crisis by accommodating migrants heading for northern Europe as well as those who wished to apply for asylum in Italy. Migrants in the camp were given access to a bed, food, legal assistance and health care.

In April, the entire camp was quarantined after two cases of coronavirus infection were discovered, but since then no new cases have been reported. The rest of Italy, meanwhile, has been lifting lockdown restrictions since May 18, which has renewed mobility for migrants previously stranded by the pandemic.

Migrants ‘on the beach, on the riverside, in abandoned buildings’

NGOs estimate that between 100 and 200 newly-arrived migrants in this port city are currently on the streets. “These people sleep on the beach, on the riverside, in abandoned buildings," explained Marmo. "They are forced to get by in the city without any services at their disposal. It's chaos."

Caritas Ventimiglia counted around ten families with children among the population, who have since left the city.

“Between 80 and 120 people sleep on railways or under bridges," said Carla Melki, coordinator of the transalpine border migration program at Médecins du Monde, who participated in a health assessment in Ventimiglia on June 18. That night, she said she saw about 30 migrants taking refuge in front of the closed doors of the Roja camp "hoping to be more protected there from the police,” who regularly check other spots and clear out migrants. 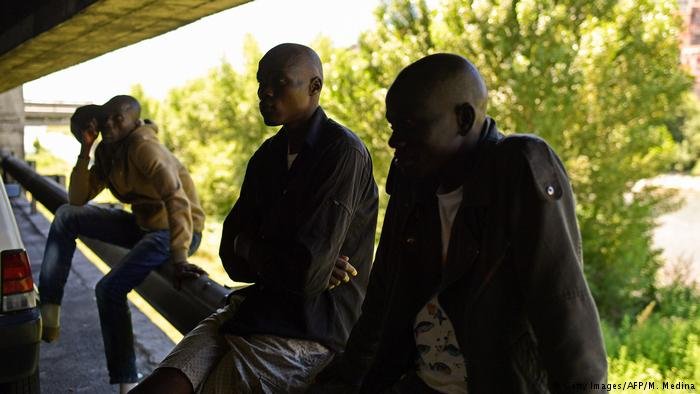 The prefecture of Liguria, the region where Ventimiglia is based, has indicated that the transit camp will remain closed until the end of July. But Ventimiglia’s mayor, who has met with representatives of NGOs working with migrants, is opposed to the decision.

“The mayor simply does not want to see these people in his city," explained Adele, a volunteer with Kesha Niya, a grassroots organization that distributes food in Ventimiglia, where gatherings of more than three people from separate households are still banned.

The official decisions regarding migrants are motivated by health security concerns and are counterproductive, according to those on the ground. “The current situation is probably worse than the one the authorities are trying to avoid by keeping the camp closed," explained Marmo.

Melki notes that migrants denied access to the camp are not being cared for on the streets. The closure to new arrivals, she says, “is justified by the authorities for health reasons. But the lack of access to this camp poses an even greater health risk, since there are no longer any health workers to care for these people."

During her last unauthorized food distribution mission, Melki says she rescued an Algerian husband and his wife – who was pregnant and losing a lot of blood –, as well as a single Somali man in cardiac distress after attempting to cross the border into France. Médecins du Monde called 112 (the EU’s emergency telephone number) and an ambulance took the man to a hospital in Sanremo, a city around 25 kilometers west of Ventimiglia. “The one in Menton, France, was much closer," Melki noted bitterly.

However, a precarious life on the streets and fear of expulsion does not seem to dissuade migrants from attempting to cross the border. Some even try different paths to avoid police checks, and take more dangerous routes, sometimes through the mountains, in the hope of reaching France.