The United Nations refugee agency (UNHCR) has called on Hungary to withdraw a new law that will see asylum seekers turned away at the border. The agency says the act could breach international and European laws.

The UNHCR issued a statement Monday expressing concern about a law adopted by the Hungarian Parliament on June 16 in response to the COVID crisis.

Under the legislation (Act LVIII on Transitional Rules and Epidemiological Preparedness related to the Cessation of the State of Danger), people arriving at the border with Hungary wishing to claim asylum will be turned away and told to make their application at Hungarian embassies or consulates in a neighboring country.

According to the UNHCR, the new law "may expose asylum-seekers to the risk of refoulement  and ill-treatment which would amount to a violation of the 1951 Refugee Convention and other international and regional human rights instruments to which Hungary is a State Party."

"Effective access to territory is an essential pre-condition to be able to exercise the right to seek asylum," the UN agency added.

A Hungarian government spokesperson said the new rules would provide a possibility for asylum seekers to submit their requests in a regulated manner.

"Illegal migration goes against Hungarian and European Union regulations," the government spokesperson said in an email. "Therefore, in line with the opinion of the Hungarian people, Hungary will continue to protect the EU's Schengen (agreement on visa-free travel) borders from illegal migration." 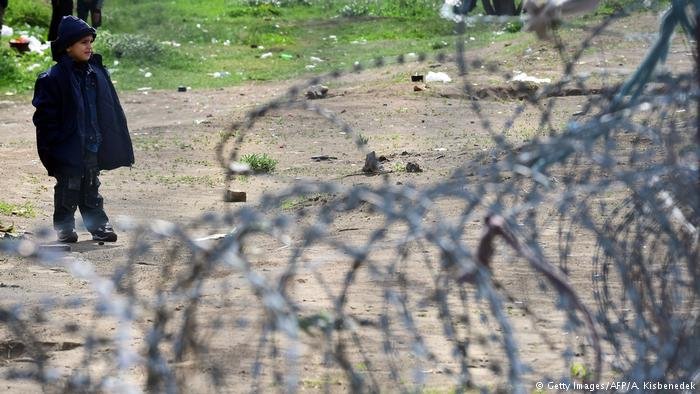 This month, the European Court of Justice ruled that Hungary’s so-called migrant transit zones were unlawful. The border camps were shut down and around 300 people who were being held in prison-like conditions while they waited for their asylum claims to be processed were moved to reception centers.

Hungary’s anti-immigration policies and treatment of migrants have been frequently criticized by European leaders and rights groups.

In 2015, Orban ordered Hungary's southern border to be sealed with fences topped with razor wire, blocking a route for hundreds of thousands of migrants trying to get to Europe.

Human rights groups say the newly tightened rules will make it even harder for migrants to gain asylum in the EU via Hungary.