Oxfam has criticized the new asylum laws in Greece, saying they would result in "exploitation of people" and amount to "a blatant attack" on the EU's commitment to protect refugees and migrants.

The Greek government has tightened its immigration policies by speeding up asylum procedures while minimizing access to health services and legal aid for migrants in the country.

Greece's conservative Prime Minister Kyriakos Mitsotakis had announced plans to reduce the number of migrants arriving in Greece when he came to power a year ago. Greece remains the biggest gateway for migrants and refugees into Europe.

The Greek Council for Refugees (GCR) has now published a joint report published with the international NGO Oxfam, highlighting how the reformed Greek legislation "exposes people to abuse and exploitation."

"The new Greek asylum system is designed to deport people rather than offer them safety and protection," the two NGOs warned in their report. "This means that people who have fled violence and persecution have little chance of a fair asylum procedure, and even families with children are regularly detained in inhumane conditions."

The move comes also after migrant NGOs operating in Greece were told to register with the government to continue working in refugee camps, resulting in 22 being asked to cease operations. 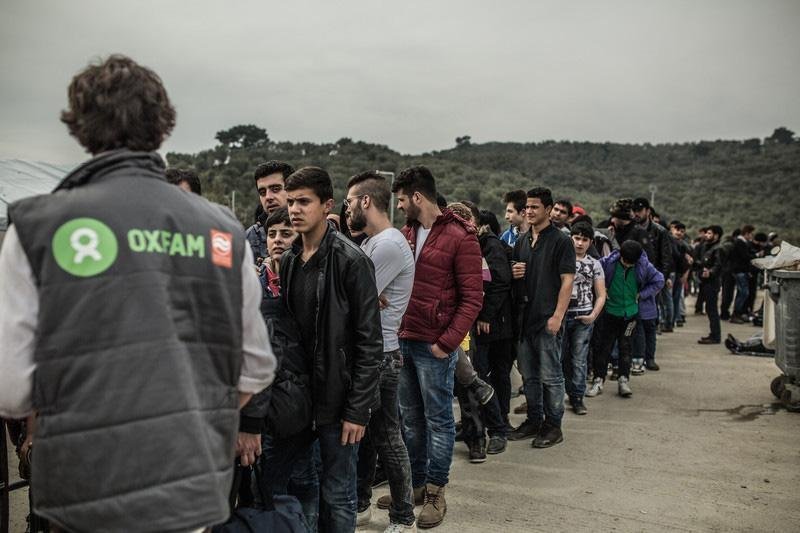 Evelien van Roemburg, the director of Oxfam's migration campaign in Europe, meanwhile accused the EU of being "complicit" in the new policy: "Greece's new law is a blatant attack on Europe's humanitarian commitment to protect people fleeing conflict and persecution," she said.

"The European Union is complicit in this abuse, because for years it has been using Greece as a test ground for new migration policies. We are extremely worried that the EU will now use Greece's asylum system as a blueprint for Europe's upcoming asylum reform.

"This situation is further aggravated by the inhumane living conditions in Greece's refugee camps where people are now at risk of a devastating health crisis, should COVID-19 reach the camps."

Greece's new exploitative asylum laws are a blatant attack on #refugees & the EU is complicit in this abuse: https://t.co/VAGm5bH7SE w/ @GCRefugees #HumanRights pic.twitter.com/IpV4U5gHFp

Condemned to a life in squalor

The new law, which has been in effect since January 1 and was last amended in May, will affect the more than 100,000 asylum seekers, who are currently undergoing their asylum process in Greece.

At least 33,000 migrants live on five islands in the Aegean Sea under desolate and squalid conditions, huddling together in camps, which were originally built to house a total of only 5,400 people.

A further 70,000 migrants are crowded into other facilities on the Greek mainland, many of which have also been affected by changes to asylum laws and are under threat of being closed down.