Dozens of migrants continue to wait on board the Ocean Viking ship, after Italy and Malta both refused to grant safe harbor to the private rescue vessel. SOS Mediterranee , which runs the Ocean Viking, said it had sent five requests to both countries over the past week, asking for the boat to dock.

Aid group SOS Mediterranee on July 3 says that the Ocean Viking is still waiting to be given a port to disembark the 180 migrants it had rescued at sea in various operations over a week ago.

After sending five requests to Italian and Maltese port authorities, it says that two requests were denied and three had not been answered.

🔴 The situation on #OceanViking is now extremely urgent. Many of the survivors are in acute mental distress, expressing the intent to inflict harm on themselves. One man attempted suicide today.

The safety of survivors & crew are under threat. We need a Place of Safety now. pic.twitter.com/MV4vFyAsrL

The Ocean Viking rescue ship had only resumed its rescue operations in the Mediterranean sea on June 22 following the height of the COVID-19 pandemic at its home port in Marseille, France.

Two days later, it started to pick up migrants in four separate rescue operations over the next five days, resulting in a total of 180 saved refugees and migrants from 13 nations on board the now-overcrowded vessel.

Read more: From sea rescue to quarantine: A visual diary from the Ocean Viking


The organization said that the situation on board is now getting “unbearable,” with two of the migrants becoming so desperate that they jumped into sea but could later be rescued again. There were also reports of a suicide attempt.

Spokeswomen Verena Papke said that further migrants on board had expressed that they would jump ship, “as they cannot bear the stress of waiting.”

The situation onboard #OceanViking is deteriorating quickly.

2 survivors jumped overboard earlier today. They were recovered by our teams and are now safe onboard. 1 more person attempted to jump.

This is what long delays of disembarkations do to extremely vulnerable survivors. https://t.co/tqW1WYxEHq pic.twitter.com/hky3D9xsuc

There was no immediate comment from the Italian interior ministry as to why the process has been dragging on for so long. Italy has officially closed its ports during the coronavirus lockdown, but migrants could still be brought ashore in smaller numbers.

Earlier in the week, Italian aid group Mediterranea Saving Humans disembarked 43 migrants on the Italian island of Sicily. They had been rescued from a shipwreck after departing from Libya.

Mediterranea Saving Humans meanwhile warned of the risk of an "unprecedented" coronavirus outbreak among migrants in Libya, after eight of the migrants who disembarked in Sicily tested positive for COVID-19.

Read more: Intercepted and returned to Libya: A common fate of Europe-bound migrants 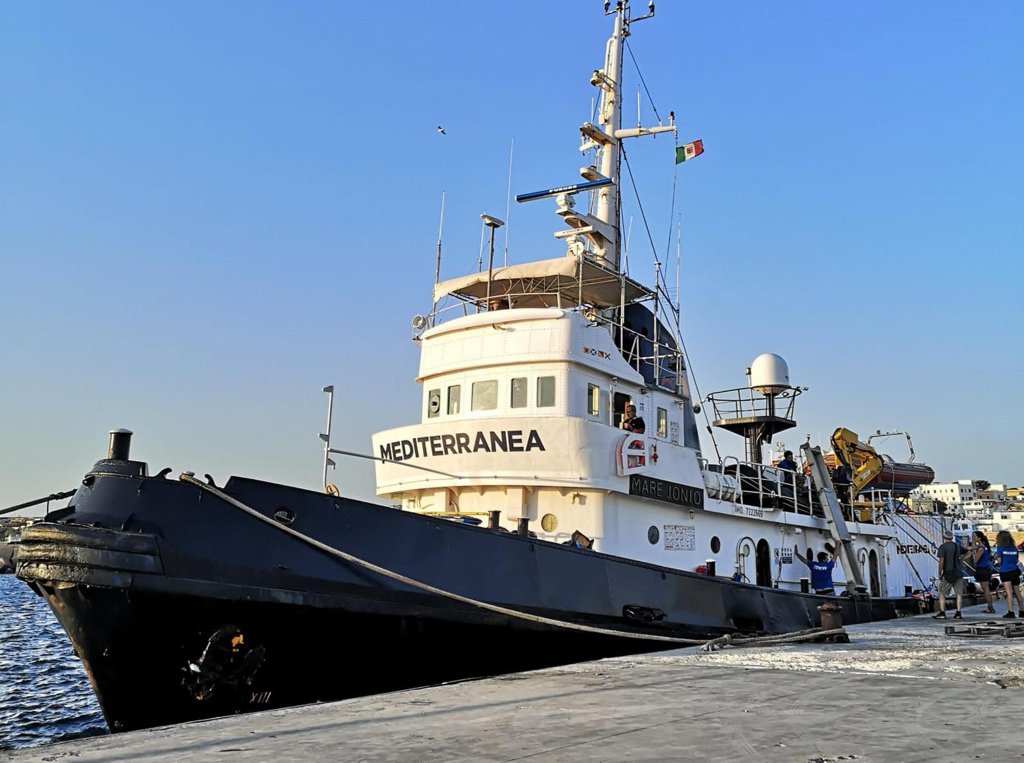 Calls for EU distribution mechanism to be finalized

In late 2019, a number of EU member states had agreed in principle to create a redistribution mechanism for refugees and migrants rescued at sea. However, without any such agreement being signed to law, disembarking and redistributing migrants from private rescue operations continues to be an EU-wide challenge. Each case is assessed individually.

SOS Mediterranee and other sea rescue groups have called for the deal to be fully implemented, highlighting that people are still continuing to flee from Libya despite the pandemic.

"The lack of solidarity among EU Member States has direct implications for the 180 survivors onboard: tensions rose with several survivors threatening to jump overboard" https://t.co/SRwxqOI5sh