52 people rescued from the Mediterranean on Saturday remain stranded on a livestock transport ship, MV Talia. Both Italy and Malta have denied them permission to disembark.

Rooda Hasa Ali from Somalia issued this desperate plea from onboard the MV Talia: "We have had so many troubles, please save us, let us on land," she said, according to an Al Jazeera report published Monday. The 22-year-old spent half her life in refugee camps in East Africa before deciding to seek a better life in Germany, the report said.

The MV Talia was allowed into Maltese territorial waters on Sunday but has been refused permission to disembark 52 people it rescued from the Mediterranean. The migrants remain on board pending an agreement with other EU states on their redistribution, according to the Times of Malta.

The ship’s captain, Mohammad Shaaban, told journalists that his ship was not an adequate place for human beings. The Talia is used for transporting livestock. The migrants have been lying in dirty cattle pens and are running out of water and food. 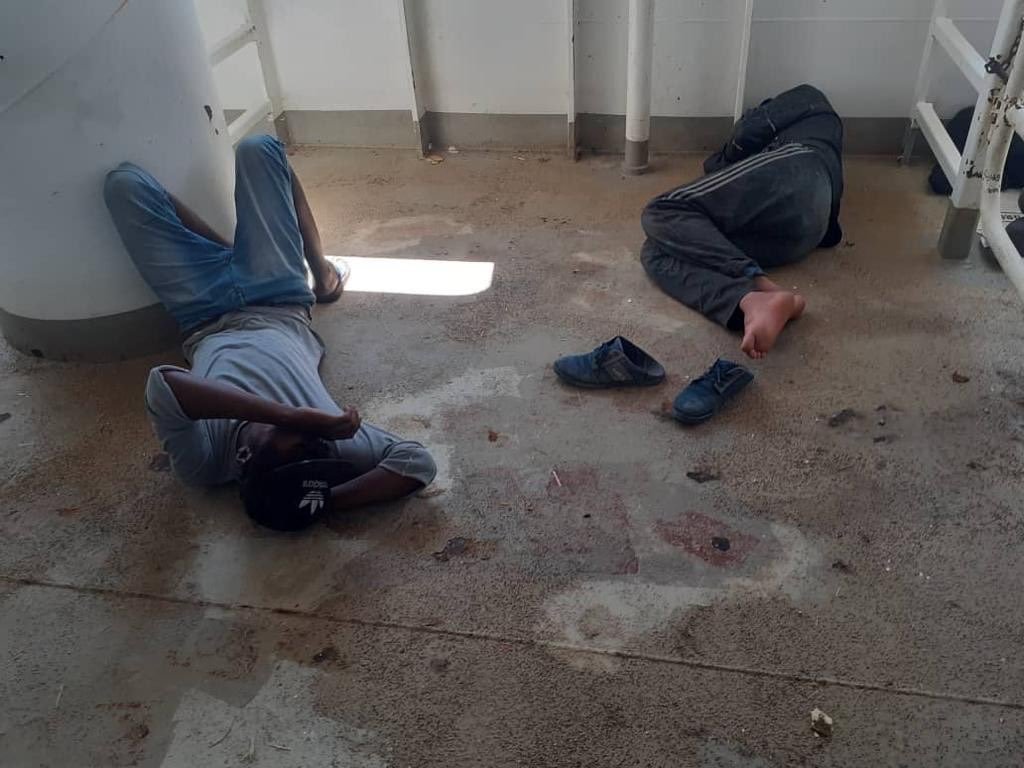 The Talia was returning to Spain after delivering cattle to Libya when Shaaban was alerted to the migrant vessel in distress. "I had to help them, it was my duty," he told InfoMigrants French. The general manager of the Talia Shipping Line, Majed Eid, confirmed: "We had no choice. A storm was approaching and they were in danger of dying."

A doctor has been allowed on board and two migrants were evacuated to Malta for medical treatment on Sunday, according to the Times of Malta. The stranded migrants are suffering from sunstroke and dehydration, as well as injuries, Shaaban told InfoMigrants French. "Many people are so weak that they can't move by themselves," he said.

An image of one emaciated boy being carried off the Talia was likened in Italian media reports to the Pietà, the renaissance sculpture of Mary cradling the body of Jesus. 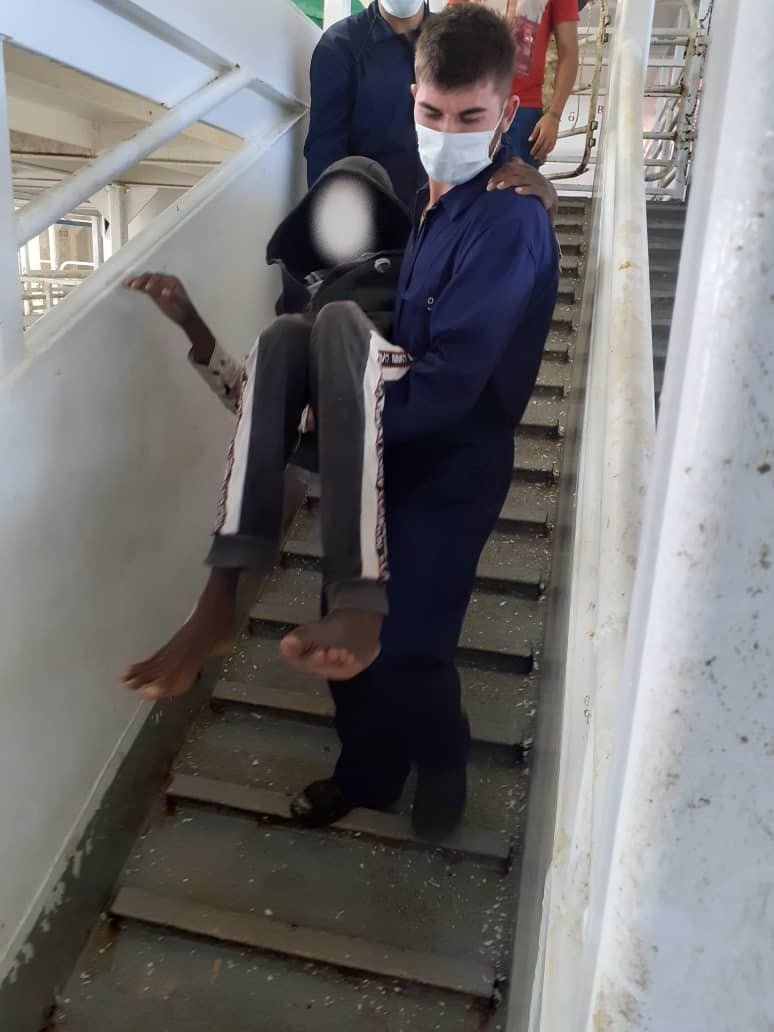 Captain Shaaban said most of the migrants were from Somalia and Djibouti. One boy, 16-year-old Yaakouba Barry, was jailed and tortured in an unofficial prison in Libya, Al Jazeera reported. He was eventually released and was put on a dinghy that left Libya on Wednesday. On Friday, the motor broke down and the boat started sinking.

A plane operated by the German NGO Sea Watch spotted the boat about 55 kilometers (30 nautical miles) off the Italian island of Lampedusa. It sent out an SOS signal to ships in the area, and MV Talia changed course and proceeded to the rescue. Despite Lampedusa being the safest close port, however, Italy reportedly refused to admit the Talia, saying it should go to Malta instead.
Shaaban said he pushed Maltese authorities to allow him in because of dangerous weather conditions. “So they allowed me to come, but said that when the weather will be good I have to leave Malta's waters again,” he told Al Jazeera.

🔴Rescued but not safe! Europe plays games with 52 lives!

Yesterday, 52 people in distress reached out to AlarmPhone. RCC #Malta was uncooperative, hanging up the phone repeatedly. In the end, merchant vessel #TALIA rescued after #Seabird had alerted them to the case. 1/4 pic.twitter.com/tam5qnm38U

Alarm Phone, a hotline for migrants in distress at sea, has launched a social media campaign in support of the migrants and crew of the Talia using the hashtags #Talia52 and #TaliaCrew! and urging the Maltese government, the Prime Minister and the European Union to "Let them in."

Italy and Malta both refused entry to migrants rescued from the Mediterranean during the coronavirus pandemic saying their ports were unsafe.