Pope Francis has likened the living conditions in migrant detention centers in Libya to concentration camps. The comments came during a mass commemorating the pontiff's journey to the Italian island of Lampedusa seven years ago.

Francis used the German term "Lager" during his sermon, referring to the commonly-used clipped version of the term "Konzentrationslager" -- or concentration camp.

"Yes, there is a war (in Libya) and we know that is ugly, but you cannot imagine the hell that people live there in those lagers of detention," he said during the mass. He further highlighted how people around the world were only being given a "distilled" version of events when it comes to the conditions for migrants and refugees stuck in Libya.

Francis highlighted how he himself had been given a diluted translation of what a migrant had told him during his visit to Lampedusa in 2013, which is where many migrants crossing the Mediterranean from North Africa often land.

"This is what is happening today in Libya. They give us the distilled version," the pope said. 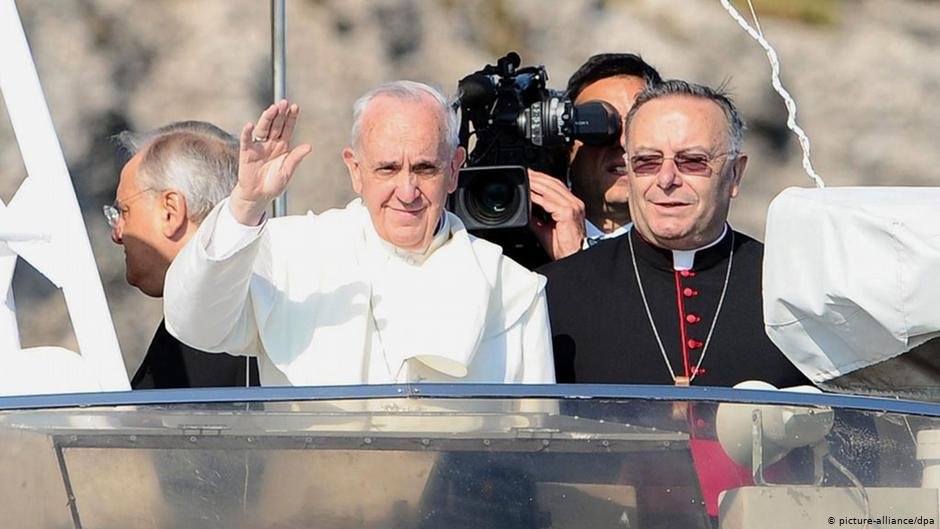 The pope has repeatedly called on the international community to close the camps in Libya. The defense of refugees and migrants has become a major characteristic of his papacy, and his first pastoral visit outside Rome after his election was the journey to Lampedusa.

During that visit, Francis famously referred to the situation that migrants face as the 'globalization of indifference' – the comments came two years before a record number of migrants reached Europe in 2015. On the seventh anniversary of his visit, the pontiff also highlighted in a tweet that people were pushed into migration because of "the many injustices" in the world.

On the anniversary of my visit to #Lampedusa, let us pray that we might discover the face of Jesus in all people forced to flee their homeland because of the many injustices that continue to afflict our world. @M_RSection

Thousands of refugees and migrants continue to live in squalid conditions at about 20 detention centers in Libya, some of which are actually run by people smugglers, according to the UN.

Human rights groups and media organizations have documented countless instances of abuse, including rape, slavery and torture at the facilities. Many of the people held in the centers have previously attempted to cross the Mediterranean Sea but have been intercepted by Libya's coast guard, which receives financing from the European Union.

The EU is trying to limit the number of migrants reaching Europe, spending millions of euros in boosting Libyan patrol boats; however, various rights groups have highlighted that the agreement with Libya only makes the European Union complicit in the atrocities that occur in the centers.