Italian residents protest against migrants who tested positive for coronavirus

A group of residents in a small town in Calabria, southern Italy, have been protesting against the presence of a group of Pakistani migrants who tested positive for coronavirus. The migrants are being housed in apartments close to other residential buildings.

The residents of the small seaside town of Rocella Ionica on the southeastern coast of Calabria have been holding protests in recent days. At the weekend they blocked one of the main roads near the town heading towards Amantea in the province of Cosenza.

The residents are angry after 13 corona-positive migrants, with no symptoms, were housed in apartments belonging to the local emergency reception center. They say the center is near other residential buildings.

In total, 70 Pakistani migrants arrived by boat from Turkey and were brought ashore in Calabria a few days ago. Subsequently a total of 26 of them tested positive for the novel coronavirus.

20 of the group were unaccompanied minors and were taken to a hotel in Roccella Jonica. The adults were divided between two structures in the towns of Bova and Amantea.

The governor of the region, Jole Santelli from the center right Forza Italia party, has called on the central government to invoke emergency powers in order to prevent any more migrants arriving in Calabria. Santelli, a lawyer, was elected governor in February 2020. Her party is led by former prime minister Silvio Berlusconi and her candidacy was supported by a coalition of other right-wing parties.

A letter to the Italian prime minister

In a letter to Prime Minister Giuseppe Conte, Santelli, according to AGI, said that the number of arrivals on Calabrian shores in the last few days could increase the risk of the spread of COVID-19. She said that even if the infection rates had significantly reduced in Italy, no one could say that the country had put the virus entirely behind it. She said she worried that if several dozen migrants had already tested positive on arrival then more could become infected in the next few days. 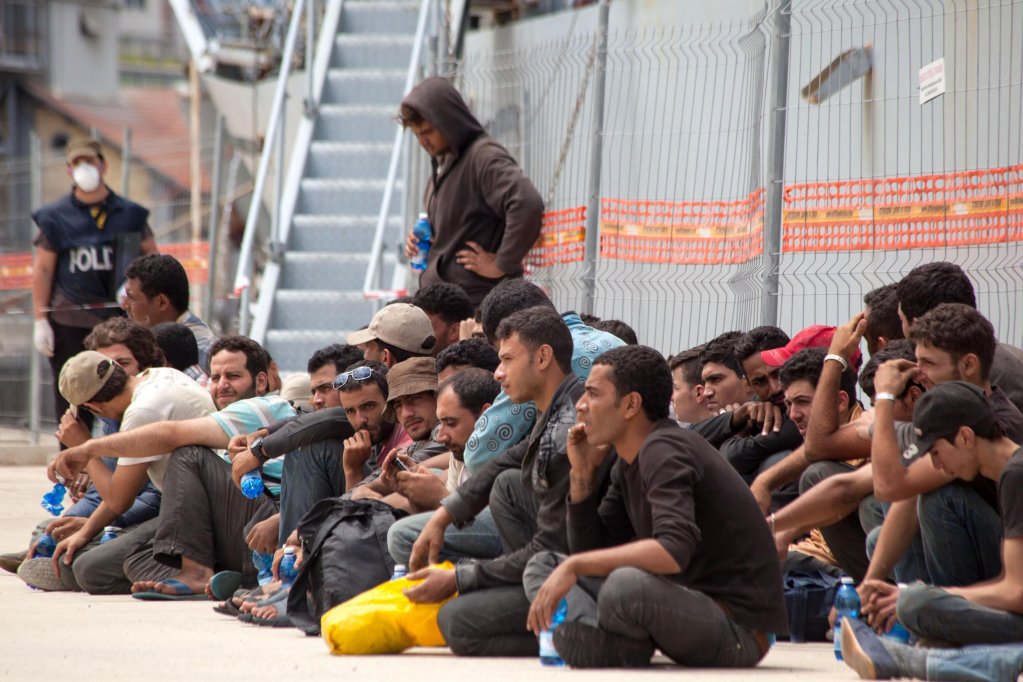 She asked that the government requisition navy ships to test migrants off shore and to quarantine them off shore too for a period of 14 days, to prevent any transmission risk on land. She said she didn't want a stand-off with the government but that it was her "duty to protect the Calabrian population and those who had decided to spend their holidays in Calabria."

According to AGI, the head of the Democratic Party (PD) in the region, Domenico Bevacqua, said that he shared Santelli's fears for the Calabrian population but that he couldn't back her instrumentation of the issue to put all the responsibility on the national government. He said that all parties should sit down to discuss how to manage what he termed "an emergency."

The protests come as the Italian authorities confirm an increase in the number of migrants arriving on Italian shores over all. According to data released by the Italian interior ministry, the numbers of arrivals in 2020 are "almost one-third higher this year than last year."

In fact, just in the three days from July 10 to July 13, the interior ministry registered 1,296 arrivals, compared to 12 over the same three days last year. In total, according to Italian government figures, 8,988 migrants have arrived in Italy since the beginning of 2020.

Crack down on smuggling

The figures were released during a video conference hosted by Italy, held between interior ministers from various EU and African states, including Algeria, France, Germany, Italy, Libya, Malta, Mauritania, Morocco, Spain and Tunisia.

According to the news agency AFP, the conference was aimed at "strengthening cooperation between law enforcement agencies" by funding more police training and technical equipment.

The majority of those arriving in Italy come from Tunisia; Bangladeshis account for the next largest group of people followed by people from Ivory Coast, Algeria and Sudan.

After the conference, EU Commissioner for Home Affairs Ylva Johansson told reporters that she was very pleased with progress that had been made and encouraged further cooperation to crack down on migrant smuggling networks in the future.

Johansson said that 60% of people had already been prevented from falling victim to these networks and that police forces in Morocco, Tunisia and Algeria had broken up gangs and contributed to the "most important" task, that of "saving lives."

Currently, Johansson said, €870 million was going to the EU trust fund for Africa and a third of that went to border management to combat smuggling migrants. In Libya €155 million had been paid towards this work, in Tunisia €85 million. A new campaign "Arise" is meant "to inform migrants of the risk of irregular migration."

The conference was "to explore how to step this up […] and how to best use existing EU agency control capacity like Frontex, Europol, Cepol [law enforcement training agency] and Afropol to combat smuggling networks." As well as combating smuggling in various ways, the Commissioner said that she also wanted to "reach out to all these countries bilaterally to build strong partnerships."

Johansson said that through these partnerships the EU would help transit countries manage migration, strengthen source countries to discourage people from leaving and work out how to protect the human rights of migrants on the move; how to support host communities; and how to better fight human smugglers. Finally, she said that through the partnerships, the EU would look at developing "some more legal pathways to reach the European Union." These would be discussed at a forthcoming conference in September.