Bavaria, North-Rhine Westphalia and other states in Germany have announced they will take in several families with sick children currently living in squalid conditions in Greek refugee hotspots.

Bavaria's interior ministry on Tuesday announced it would take in a group of 82 persons which includes around 20 "critically ill" children and their families. The transfer was confirmed by the federal government, said a ministry spokesperson according to news agency dpa.

The federal government is the decision-making authority for all relocations to Germany and responsible for the distribution between the states.

66 children and adults will be sent to the state of Rhineland-Palatinate, another 50 to Baden-Württemberg. Berlin had announced several days ago it would take in 142 migrants. There was no information provided concerning the migrants' countries of origin.

North-Rhine Westphalia on Wednesday announced it had agreed to a share of 220 people. North-Rhine Westphalia has the largest population of all German states. The state migration minister, Joachim Stamp, told reporters that it was a humanitarian responsibility to stop the suffering in Greek refugee camps. "It's up to the whole of Europe to put an end to these catastrophic conditions," Stamp said.

Germany in a first step transferred 47 unaccompanied minors, mostly young boys from Afghanistan, in April. Six children followed in late June. Other children and families have already arrived in other countries including in Switzerland, Sweden and Luxembourg. 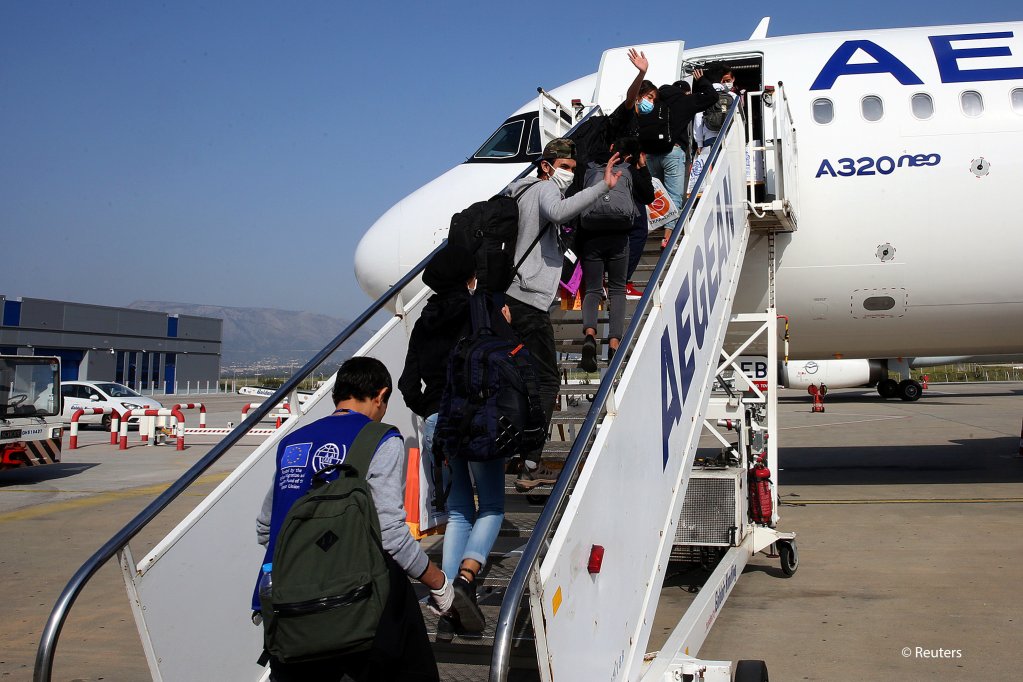 The migrant children and their families who will travel to Germany will be tested for the novel coronavirus piror to departure in Greece. Moreover, they will undergo general medical screenings and findings will be shared with German authorities to ensure quick treatment after their arrival, the spokesperson of the Bavarian ministry told dpa.
According to statements by the interior minstry cited by Die Welt, Germany prioritizes the transfer of unaccompanied children, preferably girls. Due to the fact that there were fewer girls among the group of unaccompanied minors, the German government was now focusing on migrants with illnesses and their relatives.
The migrants who arrive in Germany will have to undergo the regular asylum procedure, the interior ministry said.
Unaccompanied children in Greece
According to estimates by the UN refugee agency, there are presently around 12,000 refugee and migrant minors on the Greek islands, among them 5,100 girls. 7,200 of the total are below the age of 12 years old.
In all of Greece, there are nearly 5,000 unaccompanied minors in Greece, among them 338 girls. 455 of the total are below the age of 14, around 10 percent. These numbers, published by the German government in response to a parlamentary inquiry, are based on data sets from April 2020.
With dpa