The UN Migration Agency IOM has joined with various groups to produce a music video in order to "celebrate the extraordinary contributions of displaced people and migrants to our world."

The project titled Imagine Imagine was launched during UK Refugee week towards the end of June 2020. It envisages putting together a music video which will "send a powerful message of solidarity to those in refugee camps around the world and will celebrate the contributions of displaced people during the COVID-19 pandemic."

The video’s producers at Together Productions, a group from the I Speak Music and the IOM as well as Arts Council England are looking for contributions for the project from refugees and migrants around the world. The I Speak Music Community orchestra has already created a new song for the project which "fuses many different styles of music, including Arabic, Latin, hip hop and choral."

On board already are musicians from Syria, El Salvador, Gaza, Egypt, the USA and Iran. Among the lead performers is a viola player from Syria, Raghad Haddad. Haddad was granted asylum in the UK in 2017. She is the artistic director of the I Speak Music Orchestra.

The group want people to film themselves singing, playing instruments or percussion, dancing and sharing important moments from their daily life. Once they have received and edited the contributions, the producers will weave it together for the music video.

If you want to take part in this project then you can visit the group's online platform and register to take part. Just go to the website: www.imagineimagine.org

The group believe that through arts and music they can “create positive change.” They say they are working towards a "more connected, cohesive society where individuals from across the social spectrum are celebrated for their differences as well as their similarities." They say they hope to "create paces for new conversations and otherwise marginalized voices." 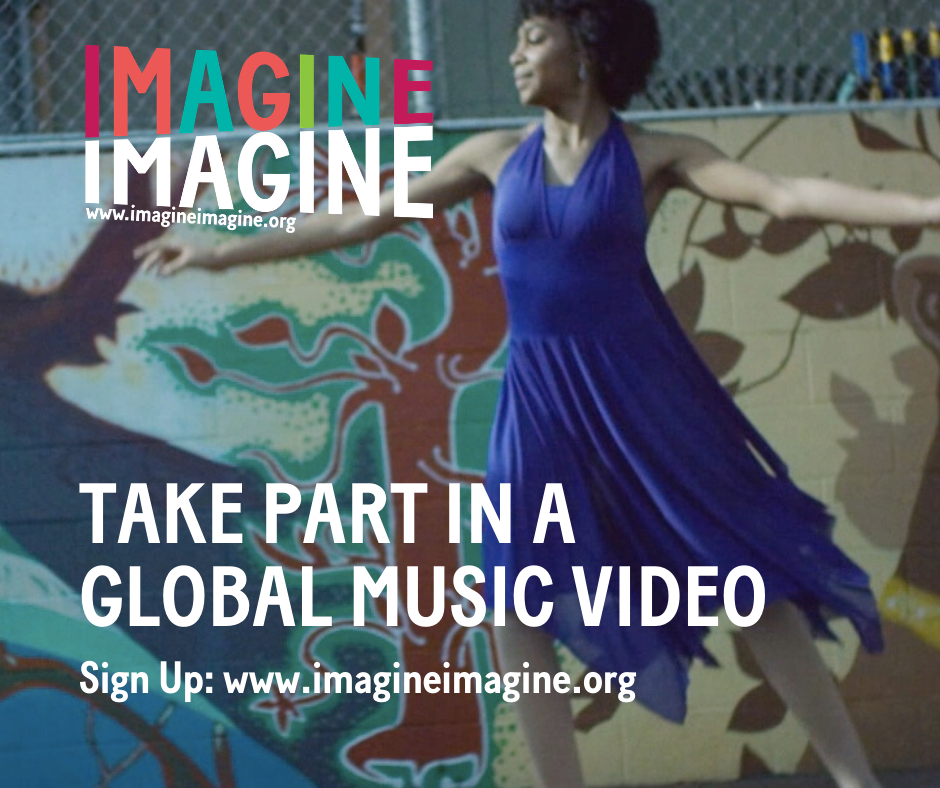