German police and customs officers said they discovered 31 migrants in the back of a refrigerated truck near the border with the Czech Republic on Tuesday. The vehicle was driving with Turkish plates, and the driver has been detained.

The truck was stopped on a highway leading from the Czech border to Dresden, a city in eastern Germany, on Tuesday evening. News agency dpa reports that the truck had a Turkish licence plate and that it was also carrying fruit.

The 31 migrants are reported to be all male and aged between 18 and 47 years old, hailing from Turkey, Syria, Iran and Iraq. They were taken to a federal police station.

The driver, a 57-year-old Turkish national, was detained by police at the scene.

According to public broadcaster MDR, the migrants said they had to lie on top of boxes filled with melons during the drive, with less than one meter distance to the ceiling of the container. 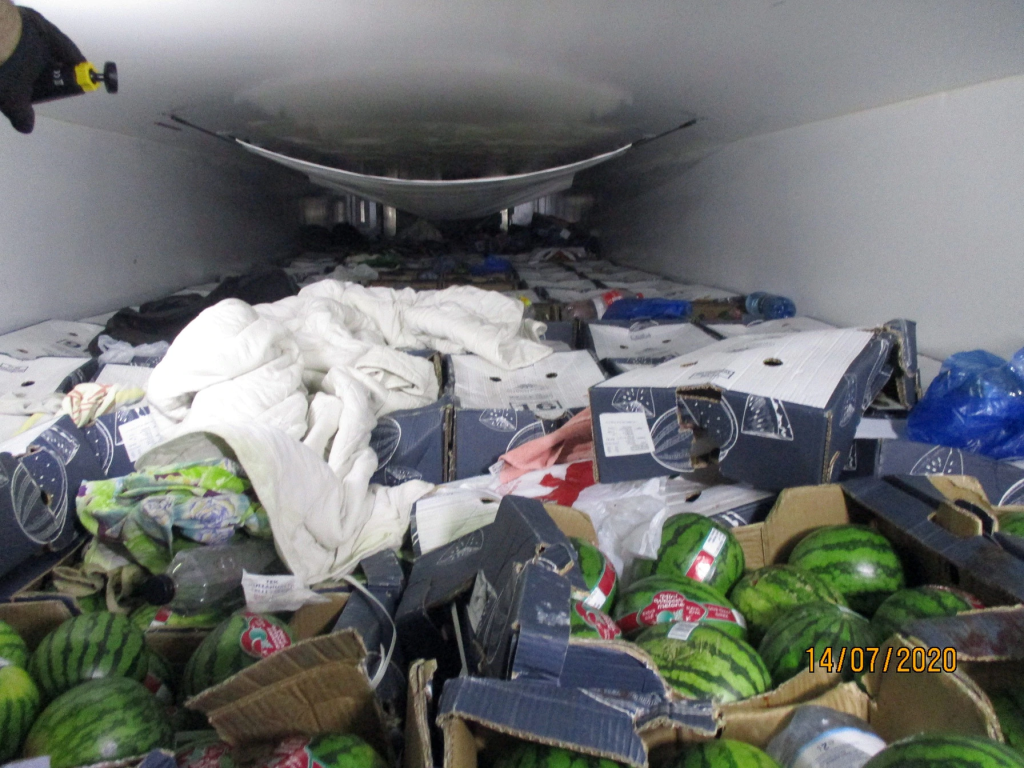 The search of the truck was part of a regular operation to crack down on cross-border crime, MDR reported. Further details are expected to be released later Wednesday. Police investigators were looking into possible accomplices of the trafficking incident, according to MDR.

Dozens of migrants traveling inside trucks have died over the past few years while trying to reach European countries. In Austria in 2015, 71 bodies were found in the back of a sealed truck that had come from Hungary. And in 2019, 39 Vietnamese migrants were found dead inside a truck in Britain, after they had been smuggled into the country from Belgium.