Thousands of migrant strawberry pickers from Morocco are trapped in Spain. Local groups call it a humanitarian crisis. Meanwhile, companies are trying to end their dependence on Moroccan workers.

Around 17,000, mostly female, Moroccan seasonal workers were supposed to come this year to the southern Spanish province of Huelva for the strawberry harvest. Only 7,200 of these so-called temporeras made it there after the borders with Morocco were closed on March 13 due to the coronavirus pandemic.

But once the harvest season finished and their contracts expired, most of them have found themselves trapped as their home country kept its doors closed and refused to repatriate them.

"They are running out of money and, as time goes by they're becoming more and more vulnerable," Jose Maria Castellon, a member of the rights group APDHA, told DW.

Migrant support groups speak of a "humanitarian crisis." The laborers' contracts expired in mid-June, but since then only around a hundred women, who were sick or about to give birth, have been repatriated. Others have given birth during their stay in Spain, working until the day before, if not the very same day they went into labor. A midwife who assisted some of these births told DW that "these women were alone and unable to communicate." 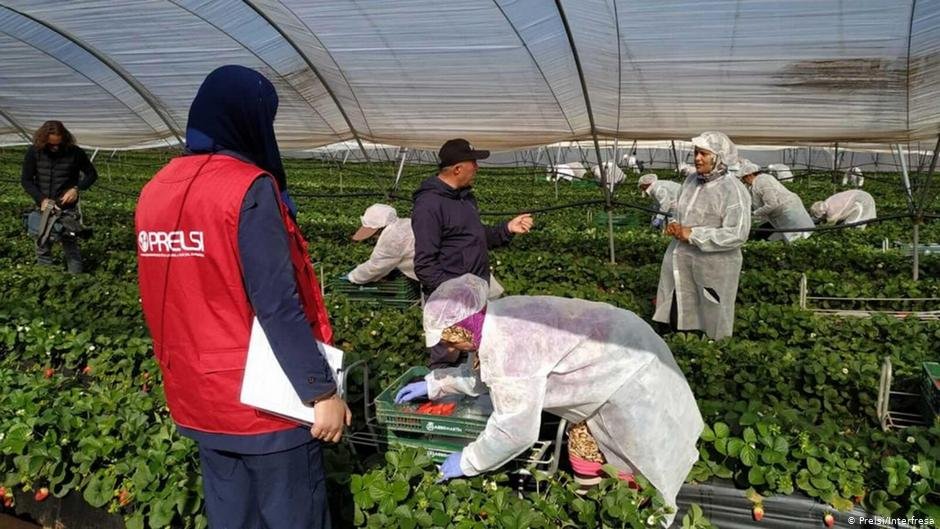 Normally the companies that employ these seasonal workers provide them with accommodation during the harvest. Given the situation, the firms allowed them to stay and took on the costs.

Yet these women normally send almost all their earnings to their families in Morocco and keep "just enough do the groceries and buy their kids a present before returning," said Castellon. As a result, they have ended up relying on the help of neighbors and NGOs to survive.

The dark side of Europe's fruit trade

The agricultural model of Spain has been questioned for years because of the working and living conditions of its migrant workers.

Apart from seasonal pickers — mostly from Morocco, Poland, Romania and Bulgaria — hundreds of sub-Saharan migrants live year-round in shantytowns close to the fields. Last February, after a visit to the camps, the United Nations' Rapporteur on Extreme Poverty and Human Rights said: "They live like animals. Their conditions are among the worst that I have seen in any part of the world."

The living and working conditions of the seasonal workers are not ideal either. At the places where they stay, many don't have proper ventilation, toilets or running water. Social distancing is a rare privilege. Up until now none of the Moroccan strawberry harvesters has tested positive for COVID-19. Yet outbreaks elsewhere in Spain amid groups of migrants in similar conditions have raised concerns.

Huelva has so far had few coronavirus cases in a country badly hit by the first wave of the pandemic. Given their inability to go home, some migrant workers moved to other provinces in the past weeks to work in other fields. 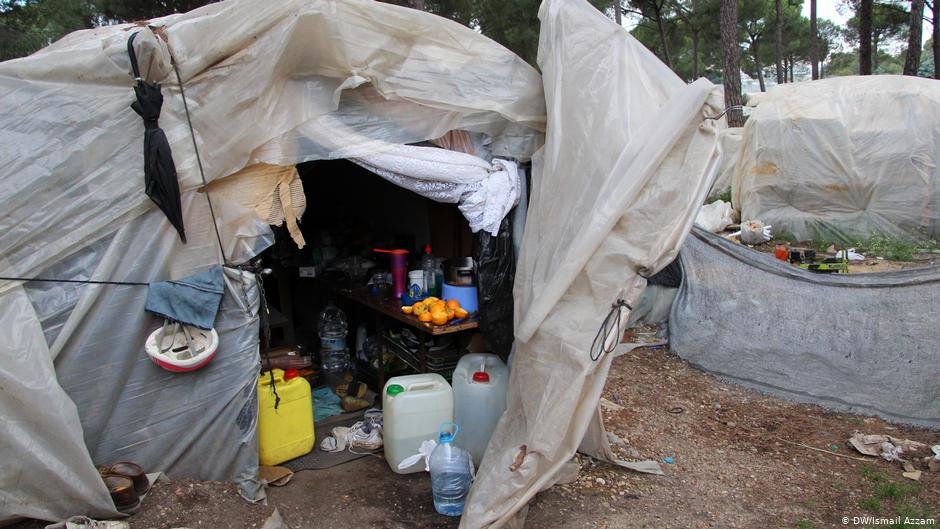 Last Wednesday (July 15), the Spanish and Moroccan governments finally announced an agreement to repatriate the seasonal workers, but only after weeks of uncertainty, since Morocco has until now refused to do so.

"If they had been professional football players, they would have been sent back home right away, but they're poor women," Alicia Navascues, a local human rights activist, told DW.

Now it is possible for the Moroccan workers to return by plane or by ship, but only from French and Italian ports. The harvesters say they cannot afford those tickets.

The regional government of Andalusia agreed to take over the task of testing these women. The repatriations of the first few hundred started this weekend, but local authorities can only perform 800 coronavirus tests per day. Without a negative test result Morocco will not let them go back home.

Diversification or a patch?

The diplomatic storm over the Moroccan female workers has upset many farmers in the sector, business sources told DW. They believe the authorities in the neighboring country might not be a trusted partner anymore.

Since the late 1990s, thousands of Moroccan seasonal workers have come every year for the strawberry harvest. Now farmers are looking for alternatives to keep their businesses running.

"We have asked the government to make it possible for us to hire seasonal workers from other European Union and non-EU countries," Freshuelva, the association of strawberry producers in the province of Huelva, told DW.

"The goal is to diversify our workforce and prevent problems in their arrival and return, such as those that happened this year." Those other countries, Freshuelva said, could be in Eastern Europe or Latin America.

Interfresa, a regional strawberry business association, told DW that "we do not want to give up on Morocco, but want to diversify." Yet it also said that this hiring can only happen in the framework of international agreements that have to be signed by the Spanish government. In addition, Interfresa said, "Latin America is thousands of kilometers away." A handful of farmers told DW that they are now looking to Eastern Europe with hope.

The Spanish government did not reply to a request for comment.

For those who have been assisting the migrant workers, it is not a question of replacing one country for another.

"The coronavirus pandemic has shed light on the system's inability to protect the pickers human rights and dignity," Jose Maria Castellon said. "Changing their country of origin does not change the cause of the problems, it is just a patch."

Alicia Navascues thinks "this hiring model is a modern form of slavery." If working conditions were decent, she pointed out, then locals would be keen to take on these jobs, since the province has had a high unemployment rate in the past few years.

"This model of capitalistic exploitation does not work, not for these women," she said. Yet for now it seems it will take more than a pandemic to change it.