Hundreds of thousands of migrants and refugees passed through Idomeni in Greece in 2015. Then, a border wall was put up and the informal camp was forcibly evacuated. But now, the small village could become a hotspot again, with hundreds of migrants arriving each day in the hope of travelling to western Europe.

Abdullah had been camping in a dilapidated building near the train station in Idomeni, Greece, for several days when news agency AFP met him. The 20-year-old Syrian is waiting for the right moment to sneak on a train and travel to western Europe via the so-called Balkan route. "I will do everything to cross the border," Abdullah said.

He is not the only one. Entire families spend the night along the railway lines or in abandoned wagons near the train station, AFP reports. As soon as Greek police patrols appear, they disperse into nearby fields.

The small Greek village of Idomeni lies on the border between Greece and Northern Macedonia. In 2015, hundreds of thousands of migrants and refugees crossed this area – also referred to as a "no man’s land" – on foot to Europe. 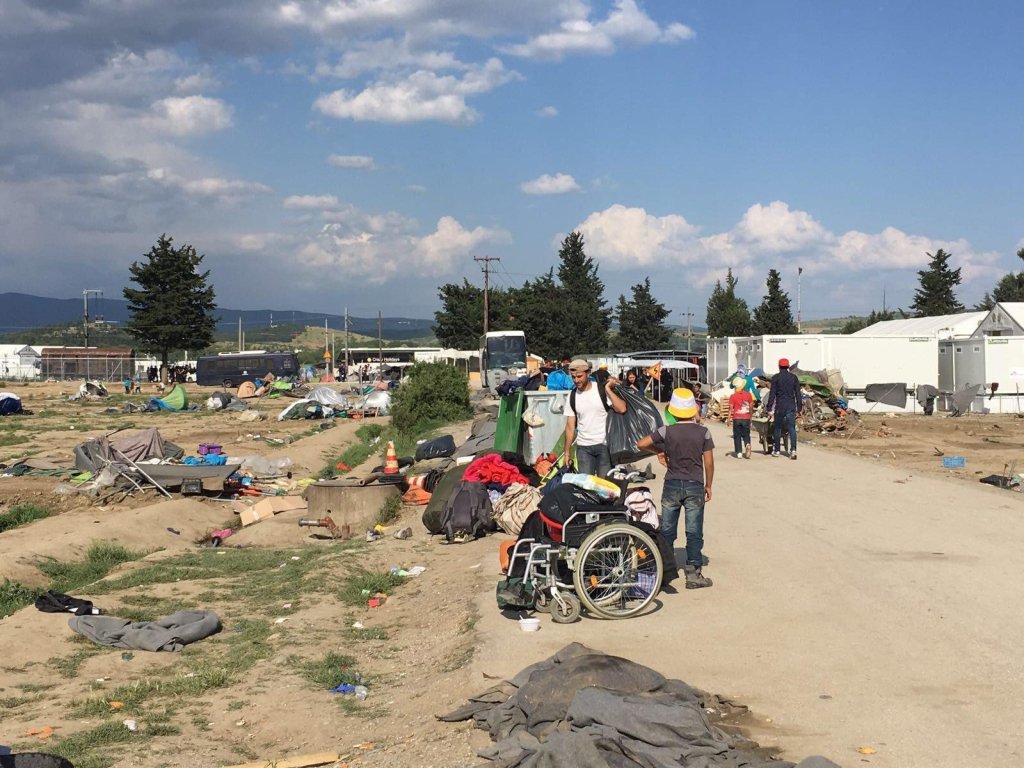 To stem the large numbers of migrant arrivals to Europe, the EU-Turkey deal was put in place, and in March 2016, EU countries locked their borders and Greece built a wall along its northern border.

Idomeni was Greece's largest refugee hotspot at the time and the makeshift camp there hosted more than 13,000 people at its peak, until the camp was evacuated by authorities in May 2016. Migrants and refugees were forcibly relocated to alternative accommodation in Greece; and tents were removed with bulldozers.

Now, Idomeni is becoming a major transfer point for migrants and refugees once again. "Every day nearly 200 people arrive in Idomeni,"  Lazaros Oulis, who lives near the border crossing, told AFP. "Some have pitched tents in the fields. We are afraid that Idomeni will become a camp again," he said.

Migrants come from Greece and Turkey

So why are so many migrants coming to Idomeni?

Some of them come from other regions of Greece and are desperate to leave the country. Many refugee camps in Greece have experienced massive overcrowding, leading to insanitary living conditions. Greek authorities have also been criticized for taking too long to process asylum applications and for not providing sufficient support to refugees.

Faced with an unclear future and lengthy asylum procedures, many of the 120,000 asylum seekers currently in Greece are trying to leave the country and move westward. Like Abdullah, who told AFP that he has been living for several months in Greece, without work, and wants to leave because he "sees no future" there.

Also read: For recognized refugees in Greece, the hardship isn't over

But most of the migrants and refuges in Idomeni reportedly come from Turkey; they arrived in Greece by crossing the Evros River in the northeast of the country and then made their way westward. This land route from Turkey to Greece seems to have gained more traction recently, in part because the camps on the Greek Aegean islands such as Lesbos are so dramatically overcrowded.

Hundreds of migrants continue to cross the Greek-Turkish border irregularly every day, AFP reports, even though the Greek government and EU border agency Frontex stepped up their border patrols after Turkish President Recep Tayyip Erdogan announced the opening of their doors to Europe.

From Idomeni, migrants attempt to cross the border to North Macedonia. At night, groups of people attempt to climb on commercial trains as blind passengers or they pierce holes in the wall along the border at night, AFP writes. Perilous attempts to cross border

"They jump on the train at the risk of being electrocuted by touching the high-voltage cables," said a train driver, who recently discovered 42 stowaways on board.

Some who do not manage to cross the border decide to walk 70 kilometers to reach the northern Greek city of Thessaloniki instead. From there, they hope to travel onwards.

Based on reporting by AFP