A third lifeless body has been sighted floating in the Mediterranean Sea off the Libyan coast. Civil society groups have had no response to calls for action to recover and bury the bodies.

The crew of the Moonbird, one of the two aircraft operated by the independent search and rescue organization Sea-Watch, on Tuesday spotted a dead body floating in the Mediterranean off the Libyan coast. The body is in a life vest and is presumed to have been floating for some days.

Earlier, Moonbird had been alerted to a rubber boat in distress around 50 miles off the Libyan coast. The NGO immediately alerted the authorities in Libya, Italy and Malta to the call.

“People are constantly answering the phone and saying ‘We don’t speak English’, even though the first requirement is to have an international rescue coordination center 24/7 and being able to speak English,” said von Kotze.

Sea-Watch is not aware of any action by any other authority to recover the body, he said.

The body discovered on Tuesday is the third corpse sighted by Sea-Watch airborne crews since late June. Moonbird head of mission Tamino Bohm said the SAR zone has become a “cemetery.”

⚫️ Also today, #Moonbird spotted a lifeless body, which seems to have been in the water for several days.
We contacted the authorities in #Libya, #Malta and #Italy requesting its recovery and identification.

The lifeless body of another person, also wearing a life jacket, was spotted by the Seabird plane on June 30. A day before that, the crew had sighted a body with the remains of a small rubber dinghy around five miles from the border between the Libyan and Maltese SAR zones. The body was in a state of deterioration, but Sea Watch decided to release a photo, drawing the attention of media.

The body seen on June 29 floating with the inflatable dinghy can no longer be found. It is believed to have been a young man.

“I don’t know if it has vanished, or has collapsed, or anything,” said Andrea Menapace, the director of the Italian Coalition for Civil Liberties and Rights (CILD). “We see that it’s a very small dinghy, but nothing more. We know that it is five miles from Libyan waters. It should probably still be there, but we don’t know anything more.”

Both Sea-Watch and CILD told InfoMigrants that no action had been taken in response to their calls for authorities to recover the bodies. The European border agency, Frontex, which flies regularly over the area, is likely to have been aware of the existence of the body, Menapace says.

Frontex did not respond to InfoMigrants’ request for comment on Wednesday. The Italian Interior Ministry also failed to reply.

'A matter of humanity'

CILD has launched a petition on the change.org platform urging the Italian, Maltese and European authorities to recover the body discovered on June 29. By Tuesday it had gathered over 20,000 signatures, including the leaders of 40 human rights organizations in Italy and the country’s high-profile Catholic priest, Don Ciotti.

“The people signing the petition are not from the NGO world,” said Menapace. “It’s ordinary people moved by a sense of dignity and humanity,” he told InfoMigrants.

“We want to encourage any kind of attempt to give this person the right to a burial. This kind of thing should not be seen in Europe,” Menapace said. "It’s just a matter of humanity. I think if we had a French body on the same boat, I think the French authorities would do something. Any government would do something for their own citizens, and they should do the same, even if we don’t know the nationality of this person." 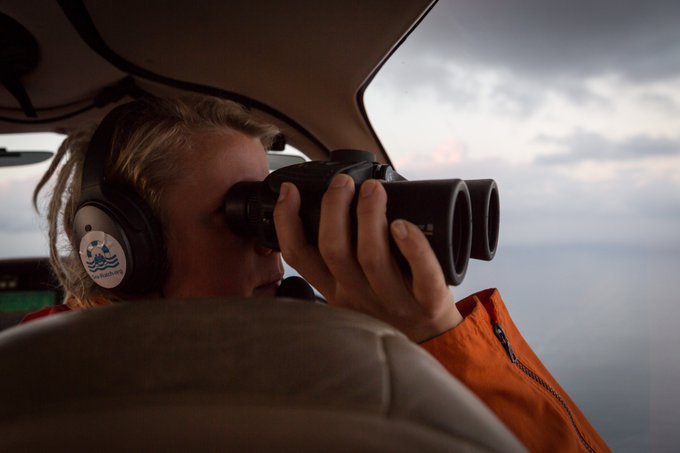 A picture of the Syrian toddler Alan Kurdi washed up on a beach in Turkey nearly five years ago increased public awareness and compassion. Menapace says the image of the dead man with his inflatable boat in waters off the Libyan coast could have the same power.

“Hopefully this should be a kind of symbol of a sea change in the approach towards migration in the Mediterranean,” he says. “But we are not very optimistic, because the political climate is very difficult now.”