83 migrants, including more than a dozen sick children, have been flown to Germany from Greece. The migrants are the latest group to be relocated from overcrowded Greek camps under a government commitment to shelter hundreds of vulnerable people.

On Friday, 83 migrants arrived in Kassel in central Germany, among them 18 sick children.

According to the interior ministry, the families are to be provided with accommodation and medical care in Germany. They will also face an "open-ended asylum procedure."

"For me, order and humanity belong close together in migration policy," said Interior Minister Horst Seehofer. "At the same time, we are showing solidarity with Greece."

54 of the relocated migrants come from Afghanistan. Eight come from Iraq, another eight from the Palestinian Territories, seven from Syria and six from Somalia.

Eight of the children are 6 years old or younger; nine are aged between 7 and 13. One boy is 15. They are joined by 32 parents or guardians as well as 33 siblings, all of whom are minors.

The migrants were tested for coronavirus before leaving Greece and do not have to undergo quarantine. 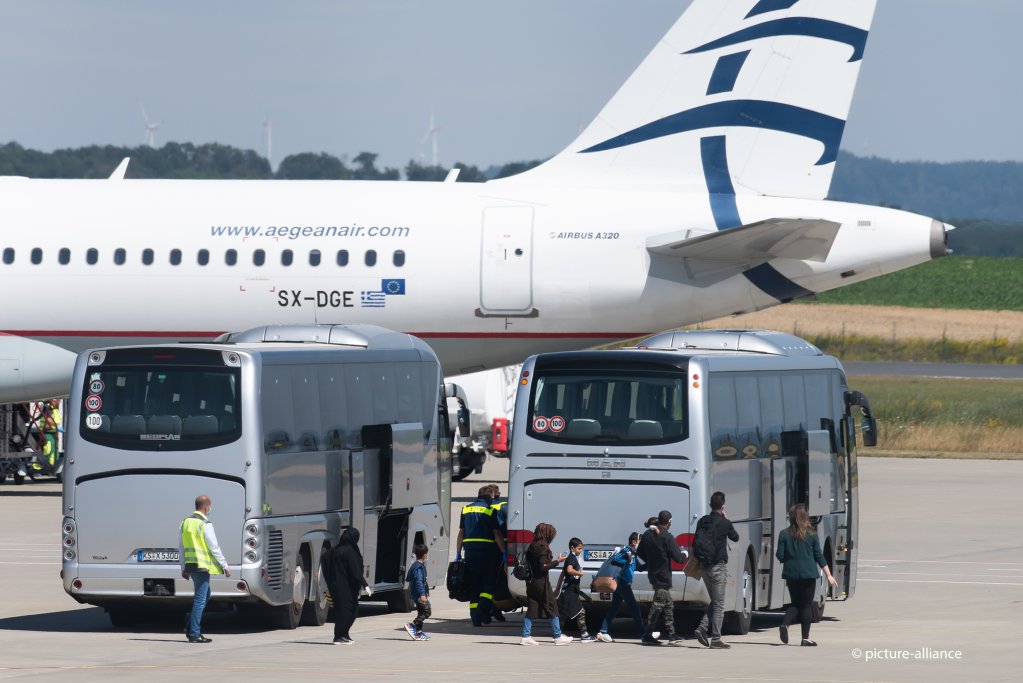 Germany was among several European countries that pledged in March to take in about 1,600 vulnerable migrants from overcrowded camps in Greece. A total of 928 migrants are to be relocated to Germany.

In a first step, Germany transferred 47 unaccompanied minors, mostly young boys from Afghanistan, in April. Six children followed in late June. Other children and families have already arrived in other countries including in Switzerland, Sweden and Luxembourg.

Last month, the senate of the state government of Berlin passed a decree proposing to relocate 300 refugees from the Greek Islands to Berlin by June 2021.

According to the UN refugee agency UNHCR, 31,700 migrants remain on the Greek islands, a third of them minors. Around half of the migrants on the islands are from Afghanistan, while nearly one fifth are Syrians.