Malta's armed forces have rescued a group of 95 migrants from a sinking dinghy between Libya and Malta and brought them ashore, authorities said Monday. The volunteer organization Alarm Phone accused Maltese authorities of "systematic delays" in their rescue efforts.

A group of 95 people in distress at sea was rescued by Malta's Armed Forces on Monday. According to migrant emergency hotline Alarm Phone, their boat ran into engine trouble and began taking on water early Sunday morning.

Citing people on board as saying "We are dying," Alarm Phone tweeted increasingly serious updates and repeatedly accused Maltese authorities of not responding to their calls.

🆘URGENT!!! ~95 people are at risk of drowning in Maltese SAR zone! The people reached out to #AlarmPhone as their engine is not working and water is entering the boat. The situation on board is critical. Maltese & Italian authorities are informed but not responding. Rescue now! pic.twitter.com/Mo8KvZQrNv

A spokesperson for the Armed Forces of Malta on Monday said that the rescued migrants were brought to a military base near the capital Valletta.

According to Alarm Phone, Maltese authorities waited well over 30 hours -- from the first contact Sunday morning until sometime on Monday -- until the armed forces intervened. While the exact time of rescue is unknown, Times of Malta reported the migrants arrived in Malta "at about 8 pm" Monday evening.

Group of 95 rescued migrants to be brought to Malta https://t.co/LzhDtrdJ71

Safa Msehli, spokeswoman for the International Organization for Migration (IOM) in Geneva, said states have a moral and legal obligation to respond to distress calls at sea.

"The policy of non-assistance in the central Meditarranean and delays are unacceptable," she told InfoMigrants via Skype. "Nothing can excuse the lack of action, especially since these people spend more than 35 hours at sea without rescue in the Maltese search-and-rescue zone."

⚠️ How can this be normalized and ignored?

It has been 37 hours since the first distress call was made and the migrants are still at sea.

The price of inaction is human life.

Under international law, every ship is obliged to provide help to people in distress, no matter who it is and for what reason a vessel is in distress.

Commenting on Malta's reported rescue, distress hotline Alarm Phone criticized the "30+ hours of non-assistance" for the migrants and the "systematic delays" in their rescue efforts. The hotline also said a Maltese-flagged cargo vessel had "circled around the boat" without providing assistance.

Alarm Phone has repeatedly highlighted a lack of communication by Maltese and other states' sea rescue authorities, saying calls and emails go unanswered and accusing "EU coastguards" of "hanging up the phone" on them.

The coronavirus pandemic has made the situation in the central Mediterranean even more complicated. In April, both Italy and Malta officially closed their ports to NGO migrant rescue vessels.

"In the absence of European efforts ...  NGOs have filled a massive gap, especially in recent years," IOM's Msehli told InfoMigrants. "Any restrictions on their life-saving efforts should be lifted immediately."

Meanwhile, a separate group of 45 people aboard another boat adrift at sea was rescued by Italy and taken to Lampedusa late on Sunday night, Alarm Phone said. According to ANSA news agency, more than 150 migrants arrived overnight.

Lampedusa, some 170 kilometers west of Malta, has seen around a thousand migrants, most from Tunisia, arrive by boat in recent days. 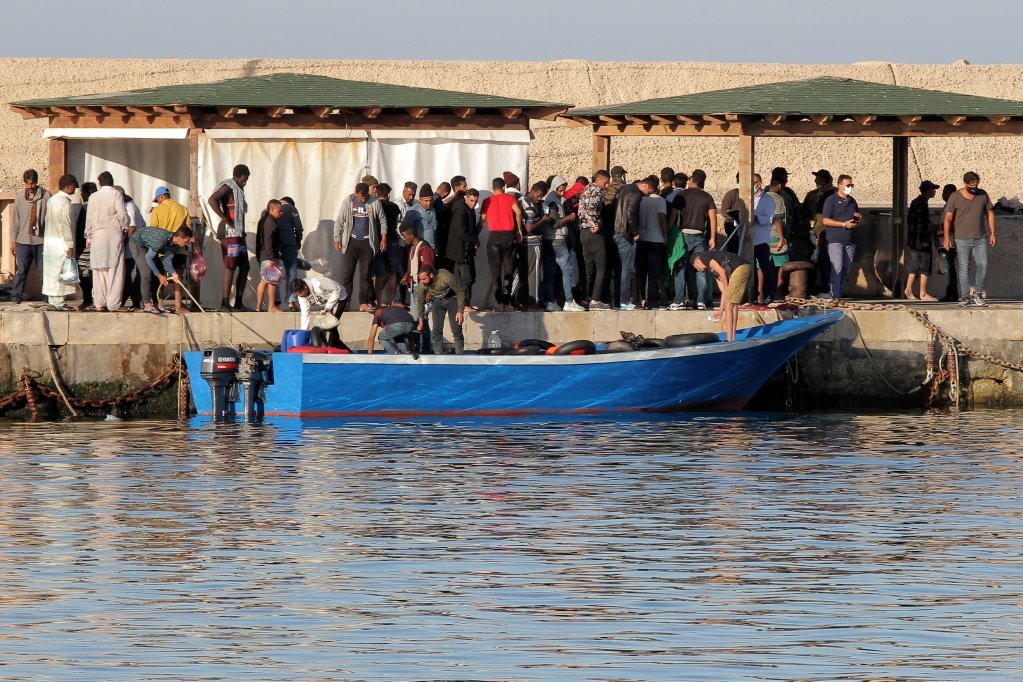 According to IOM, more than 100,000 migrants tried to cross the Mediterranean Sea last year, with more than 1,200 dying in the attempt. This year, IOM has so far recorded 404 deaths in the Mediterranean, the vast majority of whom in the central route.

IOM spokeswoman Msehli said rescue efforts need to be coordinated and "be part of a fast and safe mechanism whereby people rescued at sea are provided with a safe port very quickly."

She added that this needs to be followed by EU states showing "action and solidarity" in relocation agreements with frontline states Malta and Italy that have been "at the forefront of the migration issue and of arrivals for years now."