Virus adds to risk for trafficked migrants in war-torn Yemen

In the past two years, more migrants have traveled by boat to Yemen from the Horn of Africa than crossed the Mediterranean. Thousands of them are now trapped and facing multiple risks from the ongoing civil war, the threat of COVID-19, and abuse by human traffickers.

"The first day they gave me food, and then nothing, just beatings with a cable until my family sent $900 and they let me go."

21-year-old Sami* is one of thousands of young men from the Horn of Africa who have left home in the hope of finding work in Saudi Arabia. Sami is still trapped in Yemen.

Yemen has been a country of destination and transit for migrants for decades – despite six years of conflict and a humanitarian crisis, people continue to arrive. Last year over 138,000 people crossed the Gulf of Aden from East Africa on boats, more than crossed the Mediterranean. The majority are trying to escape lives of destitution in Ethiopia and Somalia. Some are also fleeing persecution.

Sami, who is from Ethiopia, finished eighth grade in school before becoming a farmer. A smuggler approached him in the field one day and told him about Saudi Arabia, promising to get him a well-paid job there. "We agreed that he would take me there for $300 without any advance payment," he told the UN migration agency, IOM.

Sami explained how the story quickly turned into a nightmare. "A group of us walked for 15 days from Ethiopia to the sea in Djibouti, with barely any food."

Sometimes the smuggler gave them bread, but one member of the group died from hunger and thirst. 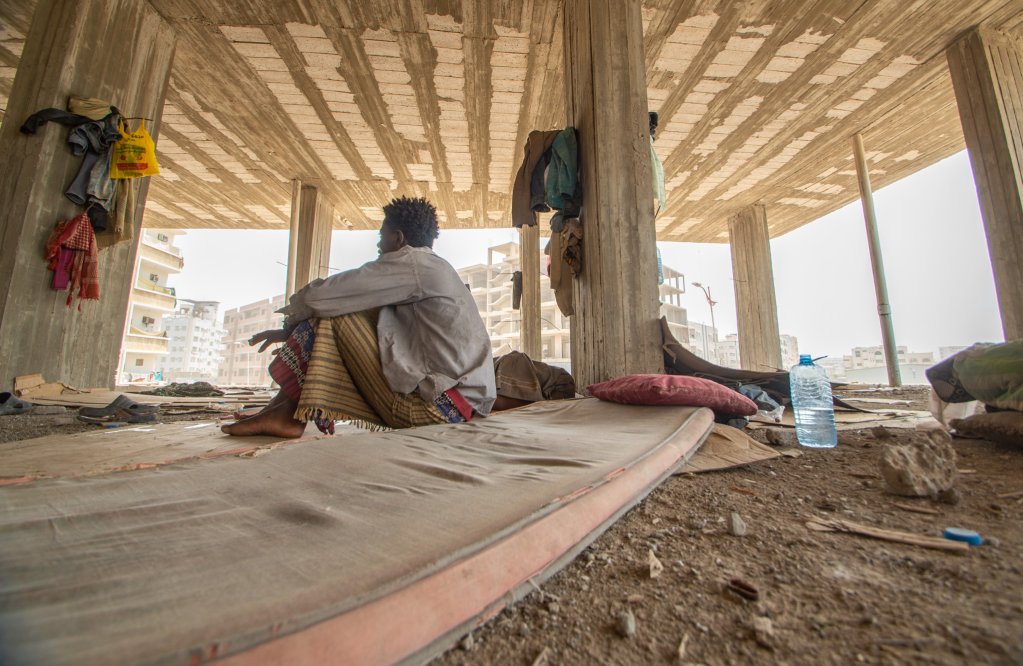 In Djibouti, the smuggler demanded that Sami pay the $300 before he would be allowed onto the boat to Yemen. "After we paid, he told us to go on the boat. When we arrived in Yemen we were taken by a smuggler to an empty lot and they started beating us. I was terrified when I saw that they were threatening people with guns and hitting them. I was hoping that I wouldn’t suffer like them."


Sami was tortured by the traffickers until his family paid the fee for his release. After that he walked for a month to reach Aden, begging at restaurants for food and water. Until he can find a way to get home, he will wash cars or do any work he can find.

Dereje* also now lives in Aden. At night when he wants to sleep, he makes a bed by the side of the road with cardboard sheets. It’s not easy lying on the pavement in the dirt and the rain, he said. “Sometimes people come and kick us or hit us with sticks while we are trying to sleep.”

When he arrived in Yemen, Dereje was held by traffickers for nearly two months while they tortured him and demanded ransom money from his family at home in Ethiopia. Later he was forcibly transferred from the capital Sana’a to Aden on the southern coast.

'We all want to go home'

Today he has to live on handouts from local people and authorities, and the IOM. "My phone, money, clothes and shoes were all stolen at night, but Yemenis give us money to buy food and water," Dereje said, adding: "We all want to go home."

Also read: Eastern Africa to Yemen: One of the most dangerous migrant routes

Countless migrants like Sami and Dereje have given testimonies to the IOM and human rights organizations explaining how they were kidnapped, beaten and abused by traffickers trying to extort ransom money from them or their family members.

Unable to continue their journey to Saudi Arabia, at least 14,500 – probably many more – are struggling to survive in the cities, according to the IOM. Thousands are also said to be stuck near to the Saudi border, where they are hiding in the mountains from security forces, without food or water. 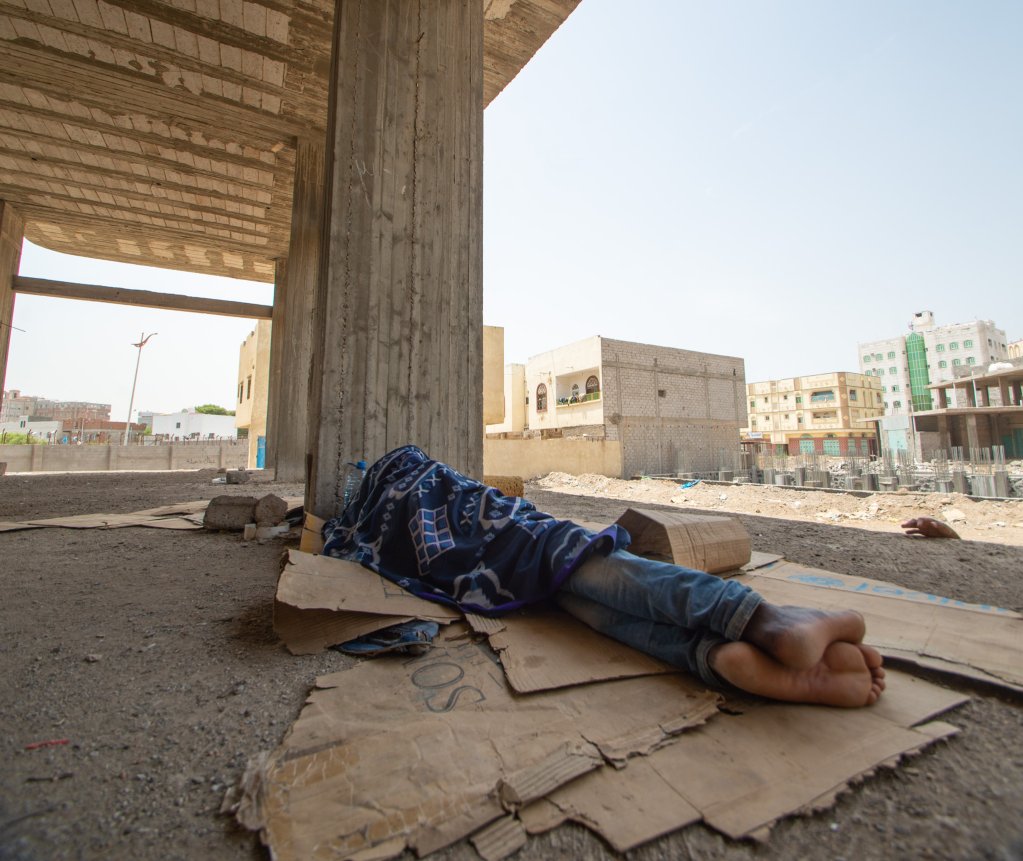 Added to the desperate conditions in Yemen, where 60% of people lack access to water and only 50 percent of healthcare facilities are fully functional, coronavirus is spreading among the Yemeni and immigrant populations. More than half are expected to get the virus and, the IOM estimates, 42,000 will die as a result.

COVID has affected migrants in the region in several ways. From February to June, the number of people making the journey to Yemen dropped by 90%. At the same time, border closures and movement restrictions have prevented people from reaching Saudi Arabia or returning from Yemen to their home countries.

Migrants who remain trapped in Yemen and are sleeping out in the open, like Dereje, are at greater risk of exposure to the virus. They are also more vulnerable to trafficking, according to Christa Rottensteiner, IOM Chief of Mission in Yemen.

"They’re now exposed to more violence on the streets, more harassment. That means that they’re much more reliant on the smugglers to support them. There is much more justification for smugglers to keep them locked up. This is when the smugglers become traffickers, because there is very little freedom for migrants to move out."

Moreover, migrants are increasingly being scapegoated as carriers of coronavirus and, as a result, they are experiencing exclusion from services, said Rottensteiner. "When a migrant enters a health clinic and he gets shouted at by people saying: ‘COVID, COVID, COVID, Go away!’, it makes it very difficult for them to access any services." 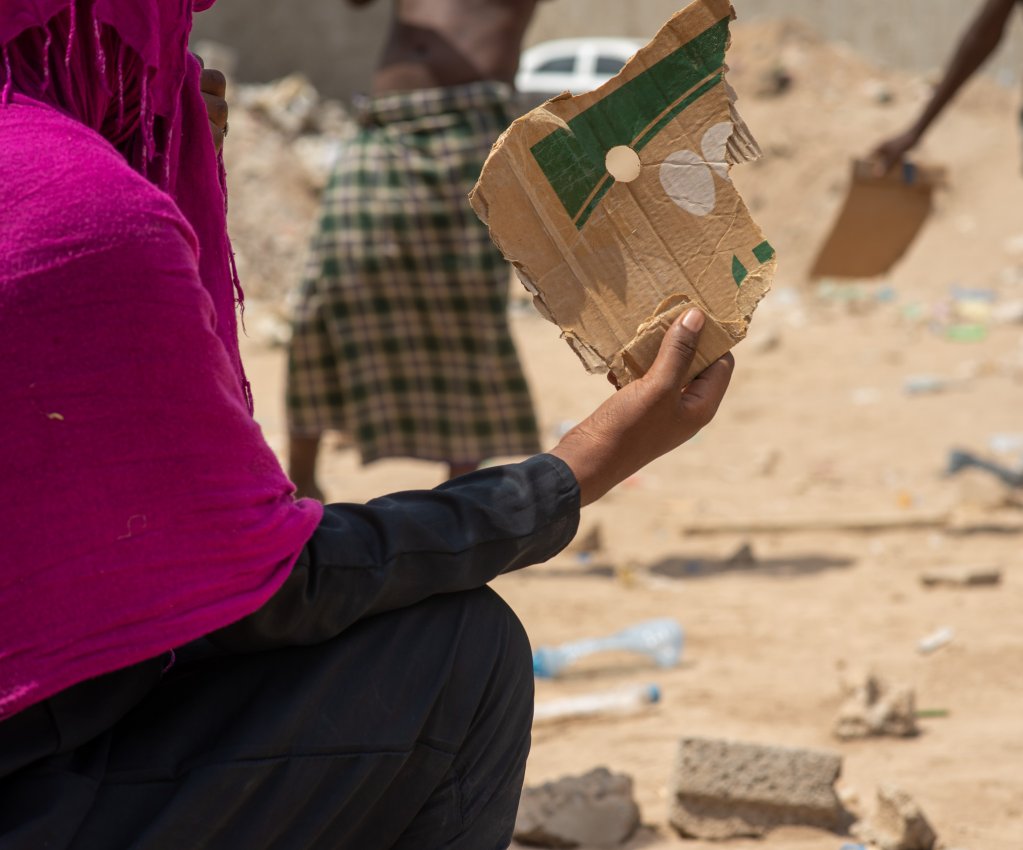 The message of hope

Yemen is a bad place to be a migrant, but it’s great if you’re in the business of people smuggling and trafficking. A 2017 report said “revenues from migrant smuggling in Yemen were easily several million US dollars per year.” Based on data from 2016 and earlier, the UN office that deals with people smuggling and trafficking, UNODC, estimated that the sea passage from the Horn of Africa to the Arabian Peninsula generated up to $22 million a year for smuggling networks.

For migrants themselves, the journey is expensive. From the initial payment of around $200-$500 to get from Ethiopia to Yemen, the costs increase. Typically, when migrants are detained in Yemen, traffickers demand sums of $1,000-$1,500 from the families in exchange for their release.

“The costs mount up during the journey. I would say they could be as much as $10,000 for someone who would make it through to Saudi Arabia. It’s a very, very high price,” Rottensteiner said.

According to migrants’ testimonies, many are unaware of the high costs as well as the dangers that await them in Yemen. The IOM is trying to get the information to communities in the Horn of Africa. At the same time, it can’t change the push factors of poverty, unemployment and lack of prospects. "We have migrants who tell us, 'yes, I knew it was going to be tough, but I really felt that I just didn’t have any hope where I was coming from'," said Rottensteiner.

Tens of thousands of migrants from East Africa depart for Yemen each year hoping to find work. But on arrival, many are caught by ruthless traffickers who abuse and torture them #humantrafficking #ransom #migration #EastAfrica #Yemen pic.twitter.com/89V0nCifXE

"The message is getting through in some communities and migrants are getting information, but … having covered migration for quite some time now, it does feel like the message of hope is always much more powerful. So someone who says ‘the journey is dangerous’ will not get through as much as someone who says ‘well look, my brother made it! They’re in Saudi Arabia, they have a lucrative job and they’re sending money back to their family'."

Organizations like the IOM are providing humanitarian assistance to migrants in Yemen but they complain of a lack of money. Despite the challenges of border closures, the agency also continues to help migrants who want to return home. 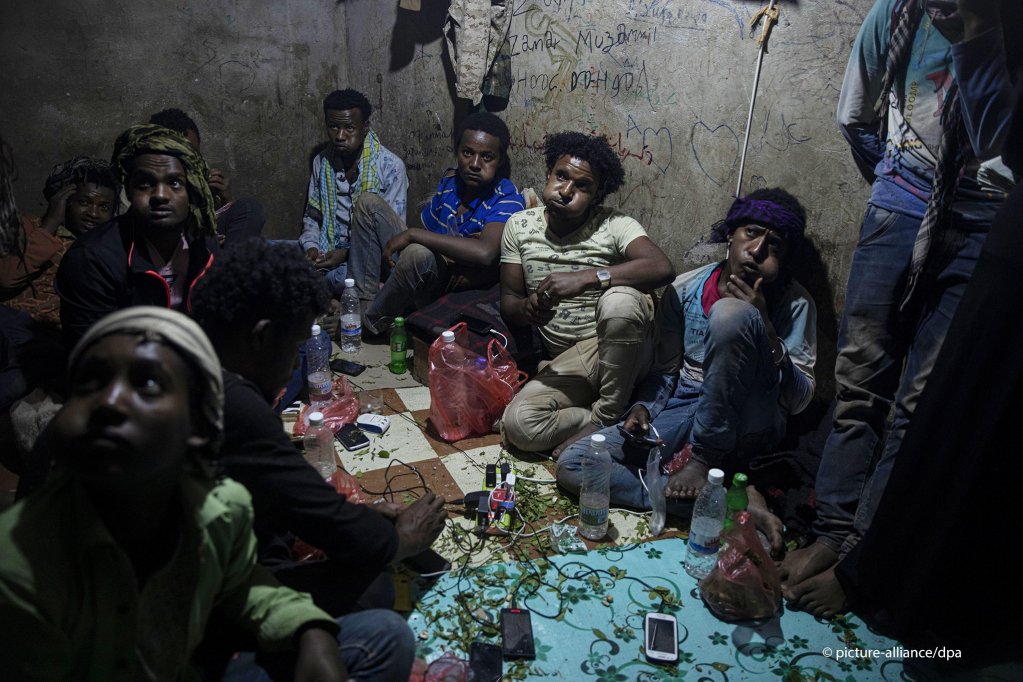 Stopping the traffickers and people smuggling trade by creating "safe and legal pathways" to migrate is not within the IOM’s power. Instead it is trying to encourage countries themselves to cooperate and to develop "regular" migration pathways, according to Rottensteiner:

"On all the migration routes there will be limits on how much countries can absorb and how many regular pathways we can have. So I think we have to accept that irregular migration will just remain something that is a reality of life, and that we’re seeing in many parts of the world."

*Names have been changed to protect identities