At a workshop near Paris, migrants train to upcycle used designer clothes

In the Parisian suburb of Villejuif, a workshop run by the French NGO Renaissance trains unemployed people – including migrants – to create luxury fashion pieces from castoff clothes and linen. It’s a transformative experience as participants embark on a journey of acquiring professional integration skills in a sustainable, eco-friendly manner.

"My dream is to sew a dress for Zinedine Zidane's wife," reveals Ibrahima, a 32-year-old football fan and Guinean refugee who arrived in France just two years ago. Ibrahima may be new to France, but he already has a very precise goal: to make sewing his profession.

It’s an objective shared by participants at a workshop run by Renaissance, a French NGO that promotes sustainable and eco-friendly recreations of luxury clothing.

The workshop is held in Villejuif, a southern suburb of Paris. Here, Ibrahima and his colleagues are in the process of reintegrating into the workforce. Some are long-term unemployed, others are young people without degrees and still others are asylum seekers or refugees.

Trained by Philippe Guilet – the founder and head of Renaissance who worked for leading fashion designers such as Jean-Paul Gaultier and Karl Lagerfeld – the team of around 10 women and men have been learning haute couture techniques since September.

It was at this workshop that Ibrahima discovered upcycling, a concept based on the transformation of used clothes or fabrics into new pieces. "Here, I can express my creativity in a different way," he explains. "I have to look for ways to combine different materials." 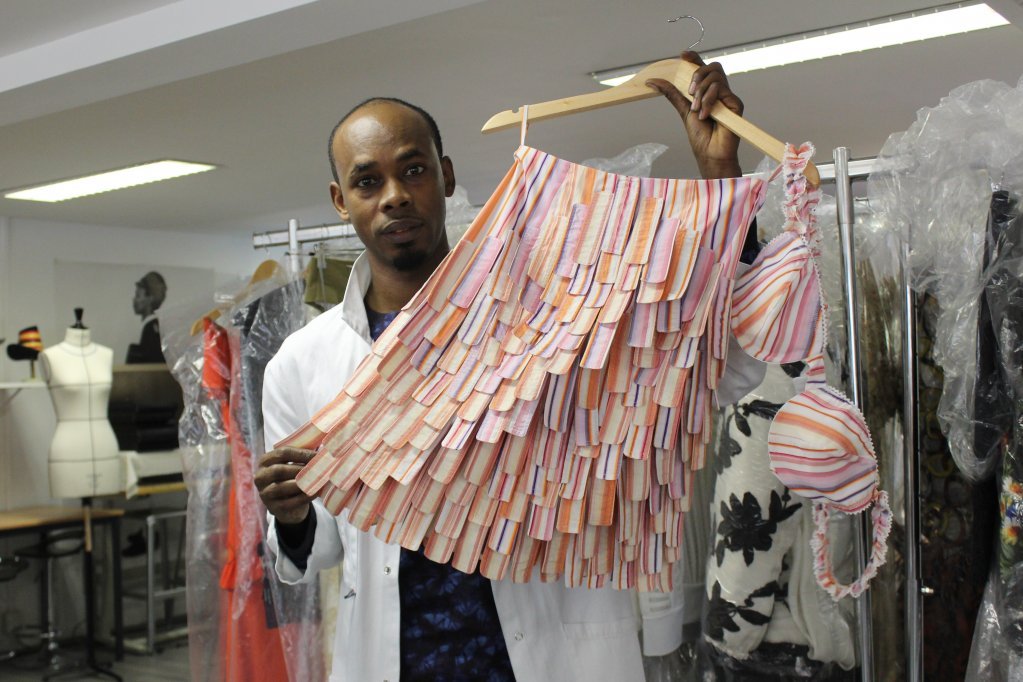 Founded in 2019, the NGO is subsidised by private enterprises (The Kering Group, Seqens, Apes) and it also has public funding from the French Ministry of Ecological and Solidarity Transition as well as the Ministry of Culture. The goal is to offer professional skills on sustainable, environmentally friendly practices. "The aim of these couturiers is to deconstruct clothes in order to create new models following a zero-waste approach," says Guilet.

While some of the clothes are donated by the Aéroports de Paris (ADP) group, a majority of the pieces are from private donations. "Women who dress in designer brands give us the pieces they no longer wear," explains Guilet, who also serves as Renaissance’s artistic director. Coming from major brands such as Sonia Rykiel, Jean-Paul Gaultier and Fendi, the designer castoffs are then used as raw material for future pieces.

Candidates must first "know how to sew by hand and machine" and have "good team spirit", explains Guilet. The association, which he compares to a "family", is particularly enriched by participants from different countries. "The people we train have genuine know-how. But to exploit it, they have to understand how the haute couture world works in France," says Guilet.

For Ibrahima, who has been unemployed for several months, the training has helped to restore his self-confidence. "It was complicated for me when I arrived. But Philippe [Guilet] supported me. He explains what I have to do very well and he speaks to me softly," says Ibrahima, who already has about a decade of experience in the fashion industry.

A few meters from Ibrahima's work table, Petimat cuts out tiny pieces of purple cloth. The workshop, she maintains, has changed her life. "For me, it's a rebirth," says the 39-year-old Chechen refugee. "This training has opened the doors of a new life for me. Starting with old clothes to create new ones is brand new for me," she explains.

Petimat worked in a sewing workshop in Chechnya before fleeing the war in Russian Caucasian republic for Czech Republic in 2004. Nine years later, she decided to leave for France to be reunited with part of her family. Initially a cleaning lady for a year, this sewing enthusiast got to know of the Renaissance project from Pôle Emploi, the French public unemployment agency, and the NGO Emmaus.

After "starting from scratch," Petimat says she now feels more "self-confident". Guilet, her trainer and mentor, agrees. "She is a very good professional, one of the best in our class," says Guilet with palpable pride. Committed and meticulous, Petimat succeeded in transforming an embroidered tablecloth into a long lace dress within a week. The piece was one of the 34 presented during the association's fashion show on February 3 at the Institut du Monde Arabe in Paris. Petimat proudly presents the models she made this year, despite the closure of the workshop during the coronavirus lockdown. 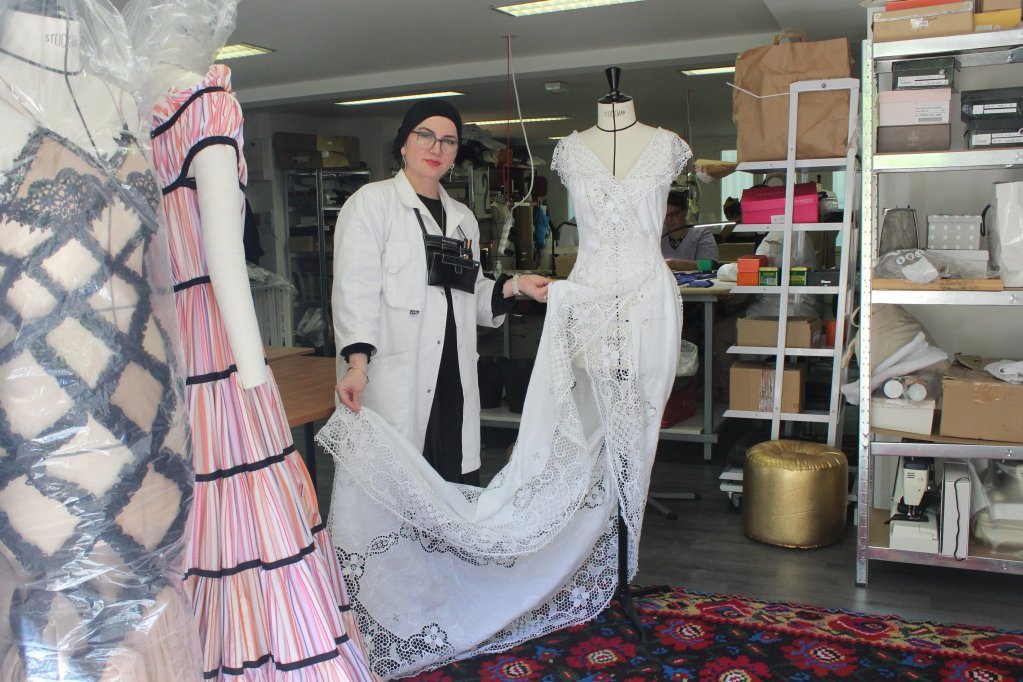 In a few days, the training will be over for the apprentices. But there are already a few prospects on the horizon. At the end of the year, the clothes from the Renaissance project will be auctioned in Paris and the money raised will be donated to the association.

Some employees, including Petimat, will participate in the creation of costumes for the play "Chat en poche" by Muriel Mayette-Holtz at the National Theatre in the southern French city of Nice. Wedding dress designer Celestina Agostino also wants to employ "five or six members of the graduating class in her workshop," says Guilet.

Despite these promising plans, Petimat would like to return to the workshop in September. "If I stay at Renaissance, I'd be very happy," she says.

It’s a wish shared by Ibrahima, who says he "carries Renaissance in my heart". In a testimony to his life-transforming experience at Renaissance and a nod to the inspirational force of the NGO’s founder, Ibrahima confesses, "I would like to stay at Philippe’s side for a day...to become like him," he explains simply before concentrating on the piece in his hands: an old pair of trousers being converted into a jacket, a piece, like its creator, in the process of rebirth.