After major coronavirus outbreaks at several businesses, German lawmakers are finally considering cracking down on the exploitation of foreign workers.

"I will never go back to Germany, not even for a holiday," Mariana Costea, a seasonal worker from Romania, told DW. She spent two months toiling away on a Bavarian farm until she decided that was all she could take. Mariana was forced to work unpaid overtime, had to sleep in filthy dorms, and was at risk of contracting the coronavirus — as no safety precautions were in place.

"I could not accept that eight of us had to share one bedroom and bathroom," she recalls. To make matters worse, 30 seasonal workers were expected to share a single bathroom.

Every morning 14 or 15 of them would pile into a minivan with just eight seats to be driven out to work on the fields. In the evenings, the Eastern Europeans would be shuttled back to their overcrowded accommodation. Costea says those in charge made no effort to enforce social distancing and other precautions to prevent them from contracting the coronavirus.

We can no longer turn a blind eye

Costea is one of many Eastern Europeans seasonal workers who have recently spoke out about the catastrophic working and living conditions they have endured in Germany. They have recounted harrowing experiences as meat processing plant workers, delivery men and women, caregivers, construction workers and seasonal farmhands. Yet much of this has been known for years, as German Labor Minister Hubertus Heil openly acknowledged at a recent press conference in Berlin. The difference, however, is that the pandemic has made it impossible to ignore this situation.

Alex, whose name has been changed to protect his identity, told DW about his experience of spending two years working for Tönnies, Germany's biggest meat producer. He fears he could face serious consequences if anyone learns his identity. "They made us work between 10 and 13 hours a day, instead of 8 hours with a 45-minute break," he told DW. "It was exhausting, and psychologically draining."

Most subcontracted laborers do piecework — which is when workers are paid according to items processed, rather than the actual time spent working. Alex says the tasks expected were simply impossible to fulfill during a regular 8-hour workday. This, he says, constitutes systematic exploitation, adding that anyone who protests is fired. German labor standards have gone absent. 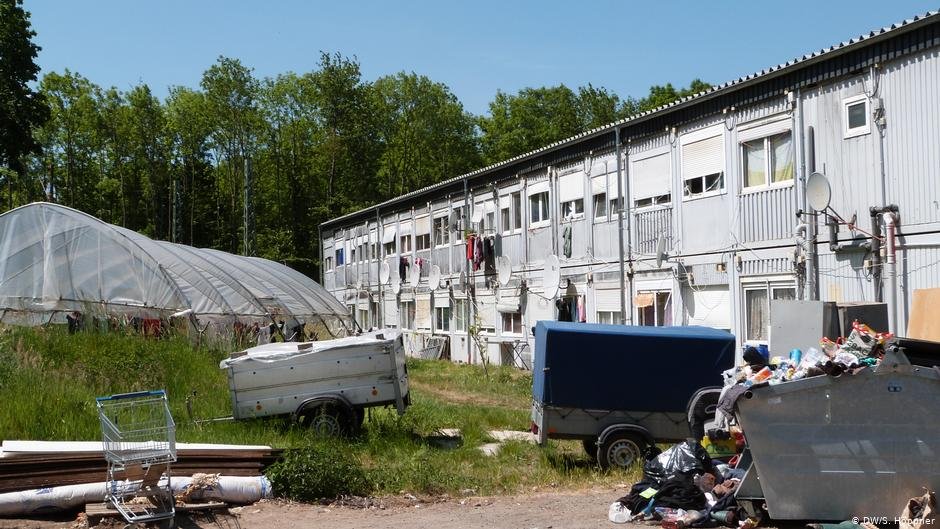 According to numerous accounts of workers, little to no precautions were in place to protect workers at the Tönnies meat processing plant. When, in early June, some 1,500 laborers of the 7,000-strong workforce tested positive for the coronavirus, the development hardly came as a surprise. As a result, the region of Gütersloh, where the site is situated, was placed on lockdown.

Federal prosecutors are now taking legal action against the company and numerous subcontractors accused of violating Germany's law on the prevention and control of infectious diseases.

There are many subcontractors and recruitments agencies that supply laborers to German companies. Keeping tabs on how they treat the workers and house them, however, is difficult.

Marius Hanganu counsels Eastern European workers hired by subcontractors on behalf of the German Trade Union Confederation (DGB). Hanganu, who was born in Romania, says Germany's customs agency and public health departments are responsible for ensuring that basic labor and housing standards are fulfilled. But, he says, checks are not as thorough as they should be.

Hanganu recalls how Bavarian companies were tipped off about impending inspections by the customs agency. "It is puzzling how a state department could have such "leaks"…there must have been a mole," he says. According to Hanganu, there must have been an informant up in the higher echelons of the agency.

DW reached out to Germany's Central Customs Authority for comment on the claim. "There is no knowledge of this!" said the federal authority in a brief reply.

After news broke of soaring coronavirus infections at German farms and meat processing plants due to dismal working and housing conditions, German lawmakers were forced to act. They plan to outlaw the practice of subcontracted laborers in the meat industry by January 1, 2021. From then on, companies will have to directly employ all their workers.

Labor Minister Hubertus Heil has tabled a bill that will be debated and, potentially, adopted after parliament's summer recess. It is unclear, however, why this measure will only be applied to Germany's meat industry.

Heil told DW: "There are areas where labor standards need to be monitored; we will raise the standards so we have more influence on crucial sectors."

"There are other areas in which it is about workplace safety inspections. Those (inspections) will be increased mandatorily so that we can go into vulnerable areas more frequently." 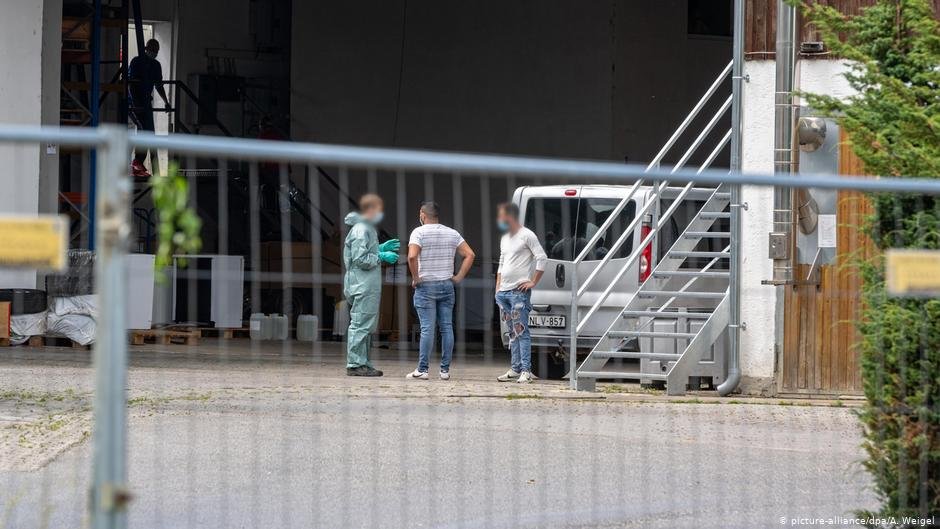 An opportunity for change

An ongoing coronavirus outbreak in Bavaria has yet again put the spotlight on businesses' apparent disregard for coronavirus precautions — and the lack of state checks to enforce them. Over 170 seasonal workers at an agricultural business in Mamming, some 140 kilometers (87 miles) northeast of Munich, tested positive for COVID-19. Most of the laborers hail from Romania. Several others are from Bulgaria, Hungary and Ukraine. The business has been placed under quarantine.

At a press conference Monday, Bavarian State Premier Markus Söder said the company had knowingly breached hygiene rules and other standards — prompting the state leader to call for tougher, unannounced checks, both during the day and night.

Söder also suggested increasing fines for such breaches from €5,000 to €25,000 ($5,800 to $29,000). In addition, Söder wants to see all seasonal workers in Bavaria tested for the coronavirus. A complete regional lockdown might also loom, he said.

The pandemic has drawn attention to the inhumane treatment of workers that has persisted in Germany for years. The outbreak might present an opportunity to finally improve the lives of many Eastern European workers in the country.

Alex is certain that without the pandemic, everything would have continued as before. He has now started working for a different meat processing company. He has been given a permanent position — and says he will never again allow himself to be exploited.