Lampedusa runs out of room to quarantine new migrants, as politicians start to blame each other

About 250 migrants from Tunisia have reached the Italian island of Lampedusa in several small boats in recent days. With no space left to quarantine the new arrivals due the COVID-19 pandemic, politicians across the political spectrum are weighing in on the issue and further polarizing public opinion.

According to local officials, the island of Lampedusa has reportedly run out of room to quarantine migrant as is required as part of Italy's anti-coronavirus measures. The central government in Rome has now decided to send a ferry to the island to be used as a facility where migrants can be held for 14 days to ensure they are not importing the novel coronavirus.

The Sicilian newspaper Giornale di Sicilia quoted Lampedusa Mayor Toto Martello as saying that the island couldn't wait until the chartered ferry arrived so migrants could once more be quarantined, as required by law. 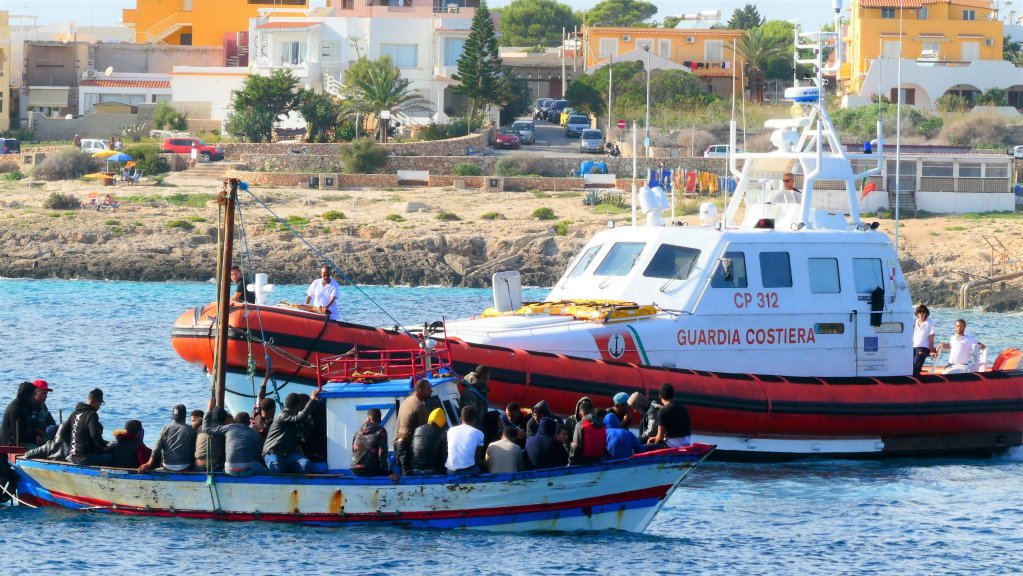 Martello said that Lampedusa's migrant holding center, which originally had been built to host a maximum capacity of 95 people was already holding ten times that number. Several instances in recent days of migrants breaking out from such overcrowded reception centers have sparked fears among locals that the migrants could be spreading the virus throughout Italy.

The 250 new arrivals, who reached the island on the weekend, will now have to stay on the dock — until the ferry arrives or another solution is possibly found. Military reinforcements might also be sent to the island to gain better control over the situation.

Emergency or no emergency?

A total of seven boats directly reached Lampedusa on Friday and Saturday, and an eighth boat was reported to be in need of assistance as it approached the island after setting off from Tunisia.

The number of arrivals has been increasing, with especially a growing number of people setting sail from Tunisia’s Mediterranean coast. Mayor Martello said that 250 boats carrying 5,000 migrants in total had reached the southern Mediterranean island in the last month alone, marking a steady increase in recent weeks. Many of the passengers have since been transferred to migrant facilities on the island of Sicily. 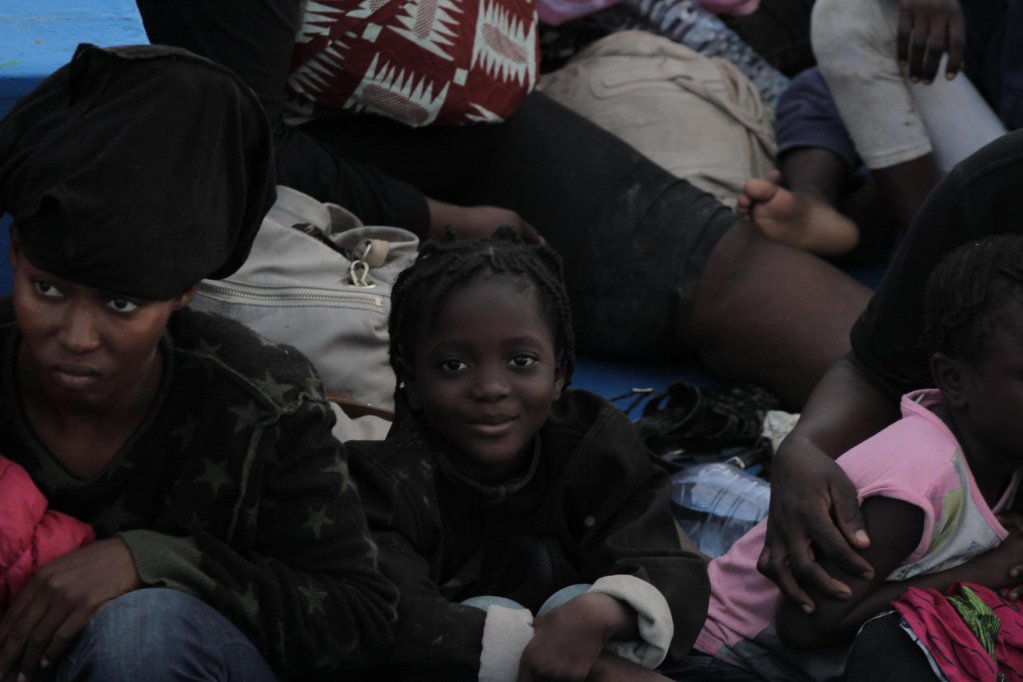 “I don't understand why the premier doesn't declare a state of emergency” on Lampedusa, Martello told the Giornale di Sicilia newspaper. Meanwhile the island’s ex-mayor, Giusi Nicolini, who won the UNESCO Peace Prize in early 2017 for her work with migrants, has stressed that there “is no emergency.”


“They say we are overrun (with migrants) for political purposes,” she said in an interview last week with the La Stampa daily newspaper. Nicolini also dismissed the government plans to send boats for quarantining to the island, saying that according to certain virologists, isolating in such close quarters would create the perfect breeding ground for the virus, amounting to an "expensive and senseless choice."

Fears of a corona resurgence

Italy remains vigilant with the issue of COVID-19, after the country had the highest infection rate in Europe earlier in the year, mandating one of the toughest COVID-19 lockdowns in the EU. Newly arriving migrants have been linked to several dozen coronavirus infection chains recently.

Health authorities are now worried that Italy's daily toll of new confirmed cases could once more start surging after only being brought under control in June.

Foreigners entering Italy must undergo a 14-day quarantine upon entering the country as a mandatory precautionary measure, unless they come from countries that are exempt, such as most EU nations. The Italian government is trying hard to evade a repeat of the scenario earlier in the year, where people where barely allowed to leave their houses for several weeks.

The recent increase of Tunisian migrants fleeing their own country's worsening economic situation has become a major talking point across the country. So-called economic migrants are generally eligible for asylum, however, it can take months or even years in some cases to have their final appeals rejected.

According to Italy's interior ministry, nearly half of the 11,191 migrants who have arrived in Italy since the beginning of the year have departed on their journeys from Tunisia. Two-thirds of those have been confirmed to actually hold Tunisian citizenship — rather than being nationals of other countries, who might have set sail from Tunisia but might have been escaping persecution in their home country.

The Italian interior ministry has meanwhile announced that the economic crisis caused by COVID-19, conflated with high unemployment and political instability has fed an “exceptional flow of economic migrants” from Tunisia. Italy, meanwhile, faces its own instability, with figures released last week showing that the country has plunged deep into recession, further fuelling the growing overall resentment towards migrants in the country. 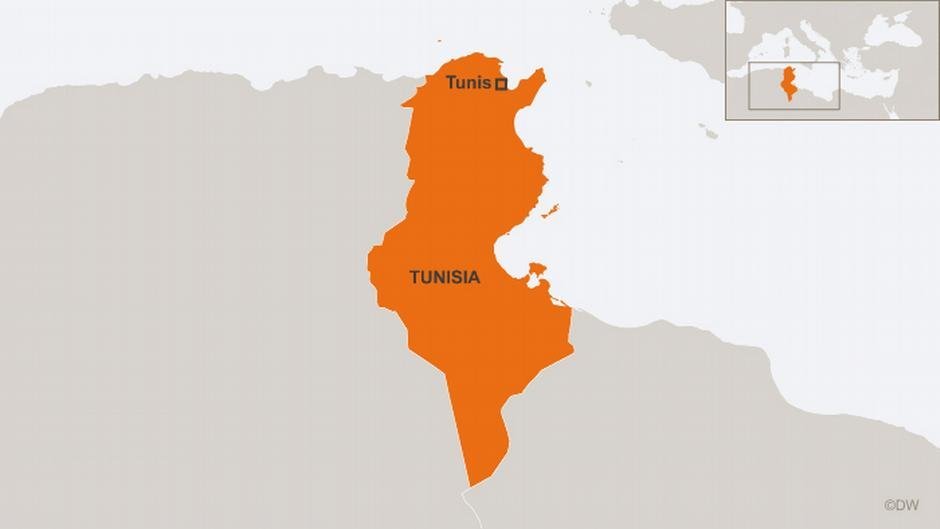 Italy has a repatriation deal signed with Tunisia to send back people who fail to obtain permission to stay in the country. These flights, however, have been suspended during much of the coronavirus pandemic and have only resumed two weeks ago, with a considerable backlog to process.

Many Italians view Tunisian migrants in a particularly negative light due to the implication that they might merely be trying to evade an economic downturn rather than being on the run for their lives. A photograph of a Tunisian family wearing straw sunhats and travelling with trolley suitcases arriving by boat along with their pet dog has been circulated in the press and by far-right parties, stoking further tension in an already precarious political climate.

“The illegal immigrants are arriving in droves, even with poodles who've clearly escaped from Libyan camps,” opposition leader Matteo Salvini, head of the anti-immigrant League Party, remarked. Last week, Salvini had his immunity as former interior minister lifted paving the way for another trial over his harsh migrant policy while he was in power.

Meanwhile, Lampedusa’s local League Party representative, along with the centre-right Forza Italia party, filed a complaint against current Interior Minister Luciana Lamorgese, accusing her of destroying tourism on the island after a video emerged of migrants disembarking near a tourist beach.

Lamorgese told the Corriere della Sera daily newspaper that local communities were “rightly sensitive to the subject of health safety” from the migrants, but did not comment on the aspect of tourism directly. Lamorgese also said that the army would in future assist with guarding migrant reception centres, and confirmed that ships would be made available to safeguard quarantine measures on board. She also appealed to Tunisia to clamp down on illegal migration.

Italian Prime Minister Giuseppe Conte has remained silent about the spike in recent arrivals, reflecting tensions within his party over how to best respond to the trend.

According to the UN Refugee Agency, more than 2,000 migrants arrived in Italy last week alone — more than double the number reported the previous week.