The COVID-19 pandemic threatens to derail Germany's push to integrate its growing migrant population. Largely employed in the services sector, migrants face job loss, isolation and contracting the virus at a higher rate than natives. Foreign nationals even grapple with intensified racism due to the pandemic.

"I waited so long for a job and now I have to start all over again." Nigerian Iyke Anakua had been working as a welder for 14 months in Berlin's district of Neukölln. He had gotten the job through a recruitment agency.

But then, in mid-March, he was told he was no longer needed. "It's tough but I'm trying to stay positive," Anakua told news agency Reuters.

The 46-year-old father of three considered himself lucky because the measures to contain the spread of the coronavirus didn't touch his wife's job as a security guard at a supermarket. Her income plus the unemployment benefits Anakua received were enough for the couple to make ends meet.

Compared to German citizens, unemployment among migrants caused by the pandemic is rising faster. This is "hampering the country's previously successful push to integrate into its labor market the record 1.1 million people who arrived in 2015 seeking asylum," reported Reuters.

Joblessness among migrants increased by 27% from March to June, according to the German Federal Labor Office. Among Germans, the increase was 20%. 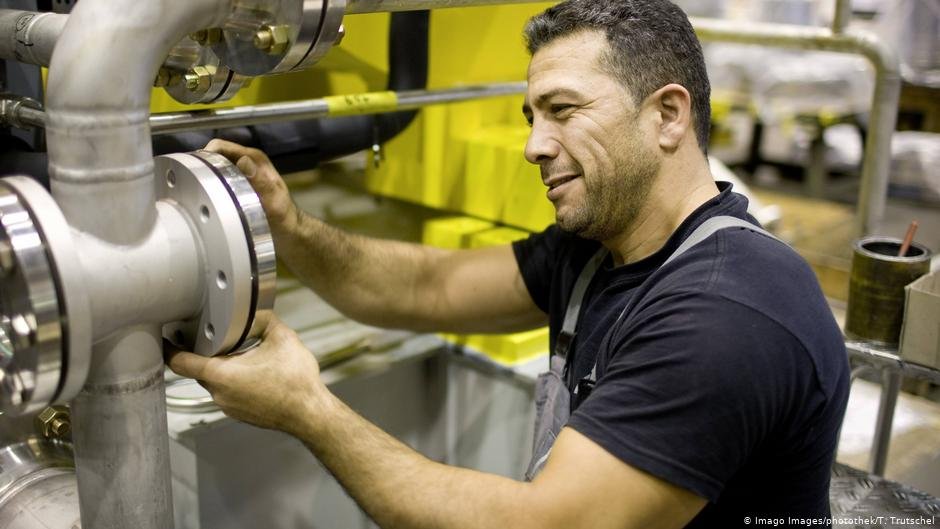 A major reason for this discrepancy is that migrants, who have relatively low education levels and language skills, are largely employed in the services sector. And this sector was hit hard by Germany's six-week lockdown in April and May.

"Migrants are more affected by the crisis because they largely occupy jobs that can't be done from home," Herbert Brücker of Humboldt University of Berlin told Reuters. "We are talking about jobs in restaurants, hotels, cleaning, transport and security."

'Last in, first out'

After partial lockdowns were lifted across Germany in early June, the services sector is slowly recovering. Poor demand and ongoing restrictions, however, continue to hurt barber shops, restaurants, hotels and many other businesses.

A study by the Cologne Institute for Economic Research (IW Köln) showed that close to 30% of asylum seekers and refugees in Germany were employed either in hospitality or through temporary employment agencies last year. Germans, on the other hand, made up a mere 4% of that workforce.

"Migrants are also disproportionately employed in small companies, where employment protection is weaker so layoffs are easier and cheaper," Humboldt University's Brücker told Reuters. "There is also the rule of 'last in, first out'. All this puts migrants at a disadvantage."

According to an analysis by the Munich-based ifo institute from July, many migrants and refugees are "grappling with existential fears" due to the tense labor market situation, especially those who work in the low-wage sector with temporary jobs. 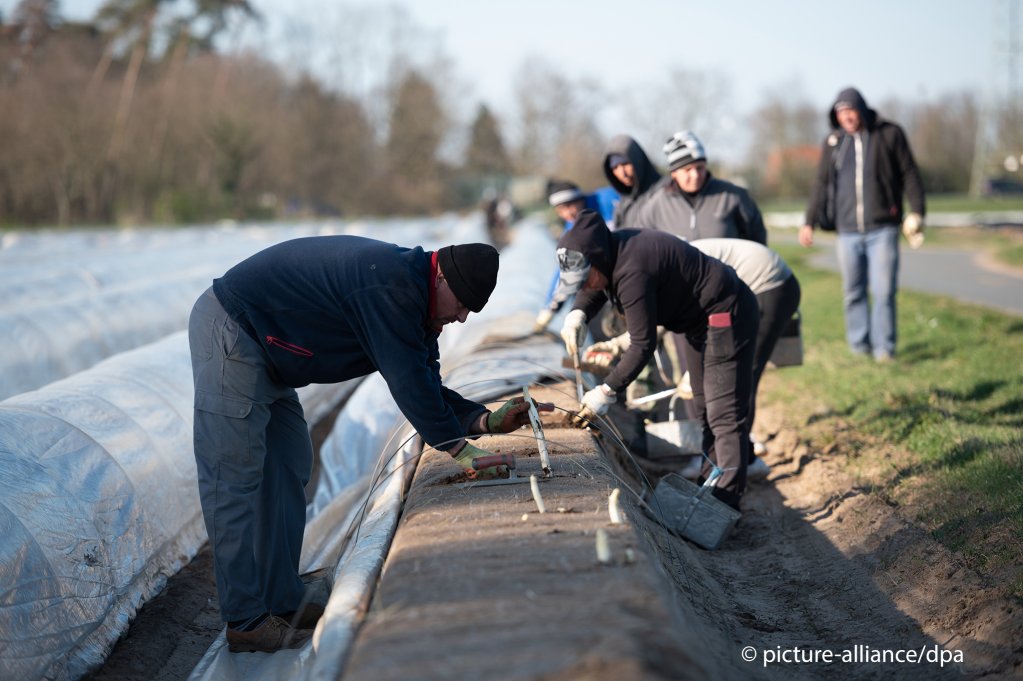 Aside from fear of job loss, COVID-19 caused other special challenges for migrants and refugees, the authors of the ifo study said.

Precarious working and living conditions with inadequate hygiene measure mean greater risk to catch the coronavirus. The coronavirus outbreaks at meatpacking plans have given this problem significant media attention and shone a light on the squalid living quarters and unsafe working conditions in Germany's meat industry.

Centers for asylum seekers face similar challenges as several outbreaks across Germany over the past three months have shown.

Refugee aid groups have been warning since the beginning of the pandemic that people in asylum seeker accommodation centers are in grave danger of contracting the virus. They say that residents of these centers cannot keep their distance from other residents due to the high density of people in confined spaces and shared living, dining and washing areas.

A recent study by the University of Bielefeld concluded that the risk of infection in shared asylum facilities is at least as high as on cruise ships. Putting several hundred persons in one space renders adhering to distance rules and hygiene regulations impossible, the authors said. 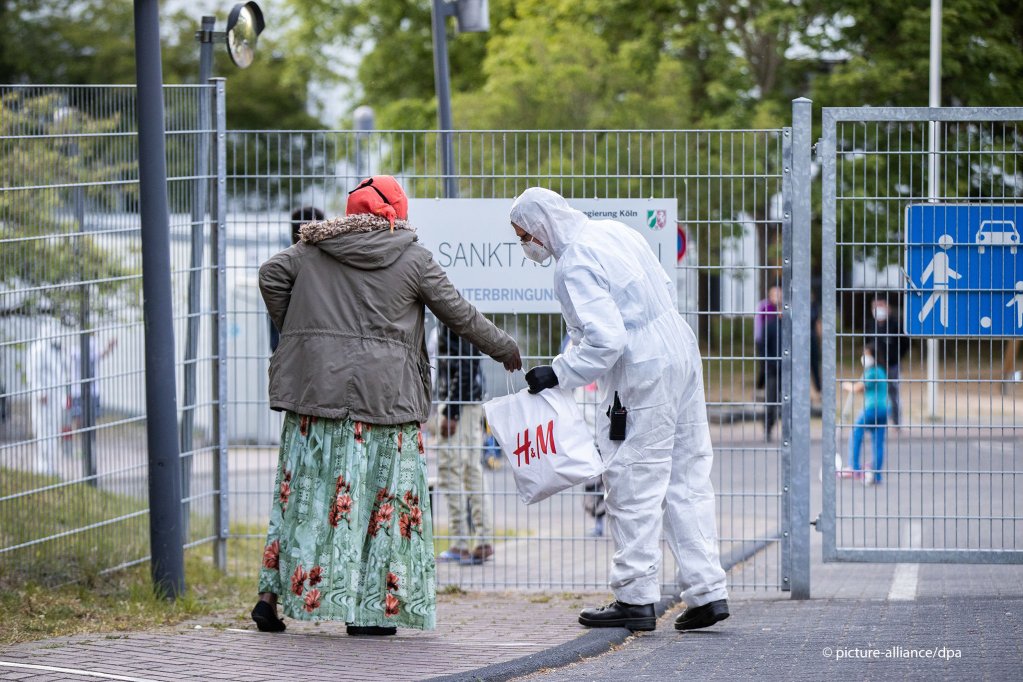 A more current study, cited in the ifo study, estimates the risk of infection in a shared accommodation after a confirmed case at 17%. The German government should accommodate refugees in a decentralized way "to the best of its ability," the authors of the ifo study wrote.

It should be pointed out that around three in four people with refugee protection in Germany in 2018 lived in private accommodation such as rented apartments and houses, according to the Federal Office for Migration and Refugees (BAMF).

Overall, many migrants work in essential jobs -- jobs that are considered to be of systemic importance ("systemrelevante Berufe"), the authors of the ifo study emphasize.

Food production and processing, cleaning as well as agriculture, which received a lot of media attention due to Germany's reliance on seasonal foreign farm workers, are sectors whose share of foreign nationals are 32.5%, 35.3% and 33.8%, respectively.

With roughly one in five workers being non-German, the transport and traffic sector also has a relatively high share of foreign nationals. The numbers for medical healthcare and elderly care, two especially important areas at present, are some 8% and 14%, respectively.

Overall, foreign nationals carry out one in five jobs of systemic importance in Germany. Therefore, foreign nationals, among them migrants and foreigners, provide a "contribution to the functioning of our society that should not be neglected," according to the ifo study.

"Since 2015, Germany has spent tens of billions of euros on an integration strategy focused on language and vocational training, hoping to get the newcomers off welfare and into work," according to Reuters.

Helping this national effort was solid economic growth for 11 straight years as well as a labor market grappling with chronic shortages.

At the beginning of 2020, four out of ten migrants from Syria, Afghanistan, Iraq, Eritrea, Iran, Pakistan, Nigeria and Somalia -- the main eight countries of origin of asylum seekers in Germany -- had a job. That's in comparison to 2016, when only around 16% were employed.

The coronavirus has scotched those accomplishments, and labor researchers estimate that migrant employment at the end of the year will have dropped by 50%. 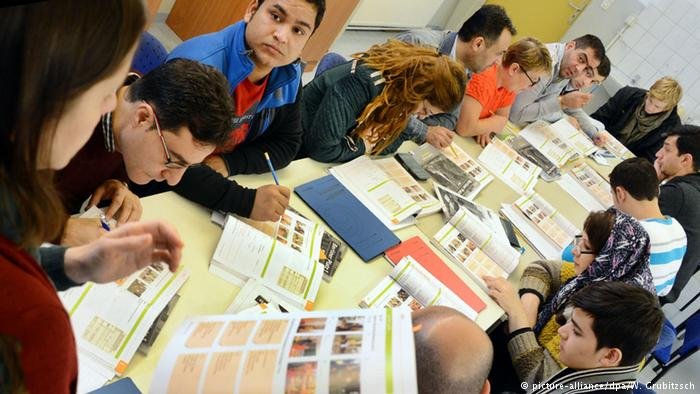 The coronavirus crisis is making integration difficult in other ways, too.

On March 16, Germany's Federal Office for Migration and Refugees (BAMF) suspended mandatory integration and language courses. Close to a quarter million migrants had to pause their courses, and BAMF said it spent some €40 million on digital offerings to bridge the interruption.

Moving from classrooms to home-based e-learning has meant limited social interactions and less contact with native speakers. These circumstances not only impair language skills but also integration as a whole.

"The closure of schools also has an adverse effect on migrant children, whose parents often struggle with homeschooling because of weak language skills," Wido Geis-Thöne of the economic institute IW Köln told Reuters.

Another burden for migrants that's due to the pandemic is the dwindling number family reunifications. Around 1,920 visas were issued during the first four months of this year, with a consecutive downward trend each month.

There's also the danger of intensifying racism, caused by the current economic crisis. In a new report by the anti-discrimination office cited in the ifo study, authorities have registered an increase in discrimination cases based on people's ethnic background, especially at the beginning of the pandemic.

COVID-19 outbreaks in residential accommodation and shared accommodation ("Gemeinschaftsunterkunft") as well as border closures could "reinforce the marginalization of refugees" and lead to an "increased rejection of immigration among the native population," according to the study. 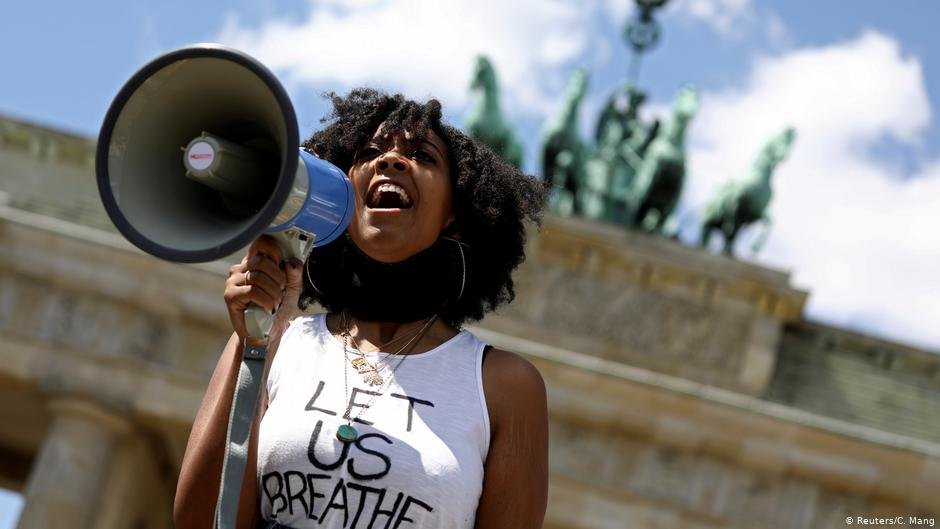 "Despite the setbacks, the outlook for migrants remains broadly positive, writes Reuters. For one, there are signs that the economy appears to be on the mend. Moreover, a fast-aging population in Germany means labor shortages are set to increase, which in turn would create more opportunities for migrants," according to Reuters.

"The employment perspective for migrants will be unfavorable for a year or two," said Geis-Thöne. "But the big picture remains favorable because of the negative demographic development."

"We had a surge in migrants coming to us seeking advice after they had lost their jobs in March and April," Olga Klus, a consultant with Work and Live told Reuters. The charity is funded by the government's IQ Network Fair Integration project that assists migrants.

For Nigerian welder Iyke Anakua, the situation stabilized. Nearly four months after he had been laid off, his former employment agency offered him to return to his old job at the end of July.

"I couldn't believe it. They said their clients are coming back asking for welders and they were satisfied with my work and wanted me back," Anakua told Reuters. "I'm very happy."

This article is based on a feature by news agency Reuters