Despite a decade of efforts and various resolutions, the use of sexual violence as a tactic of war and to spread terror remains rampant in armed conflicts, states a report by the United Nations. InfoMigrants summarizes the number of cases documented by the UN in 12 conflict settings.

Sexual violence is rampant in most armed conflicts. This was concluded in the 11th report of the United Nations Secretary General on Conflict Related Sexual Violence (CRSV) which was released in July 2020. The report emphasizes that sexual violence does not occur as an isolated phenomenon, but has a direct impact on mass population displacement, rise of extremism and structural gender-based inequality and discrimination. It is pervasive in contexts of detention, captivity and migration, says the UN.

At the end of 2019, there were over 79.5 million people around the world who had been forced to flee their homes. That means roughly one percent of the world’s population have fled their homes as a result of conflict or persecution. Last year saw an increase in the number of displaced people. What also spiked was the level of sexual violence occurring in internal displacement sites and host communities, as well as in rural locations. The violence occurred particularly while women and girls were fleeing attacks, the report states.

The eleventh annual report of the Secretary-General on CRSV focuses on sexual violence as both a tactic of war and a tactic used for terrorism. The report spans 19 country situations, covering the period of January to December 2019, based on cases documented by the United Nations. It includes 13 conflict settings, four post-conflict countries, and two additional situations of concern. The report highlights patterns and trends of violations, as well as challenges faced and actions taken by states to overcome the issue.

In total, some 2,838 cases of sexual violence were reported in nineteen countries. Some 110 cases, or roughly 4%, were committed against men and boys.

*Note: The summary below does not cover all conflict settings covered in the report.

In 2019, the United Nations Assistance Mission in Afghanistan (UNAMA) documented 102 cases of sexual violence. 27 of those were conflict-related, affecting 7 women, 7 girls and 13 boys.

While most of these incidents were attributed to members of the extremist group Taliban, the Afghan security forces and a pro-government militia were also implicated in separate cases. 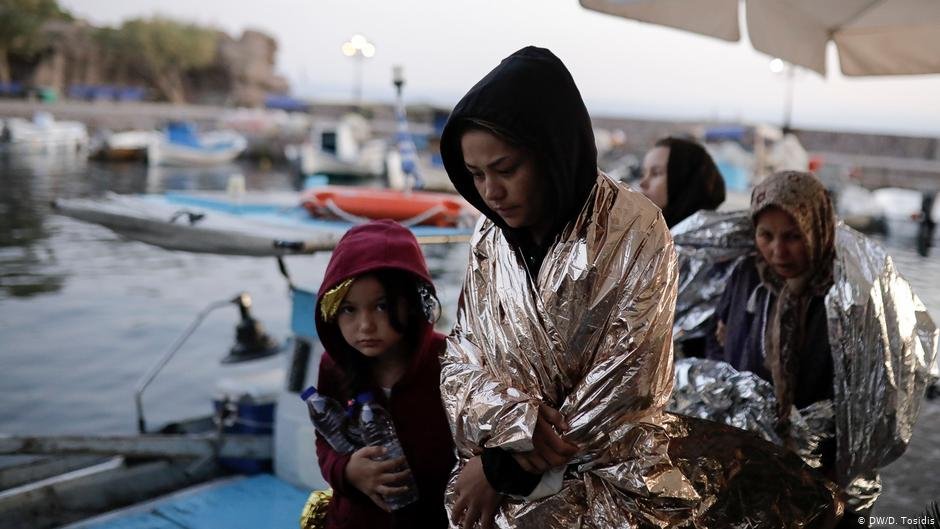 The Bangui government signed an agreement (The Political Agreement for Peace and Reconciliation) with the armed groups in February 2019. It calls for the cessation of all forms of sexual and gender-based violence. But the signatories continue to use sexual violence as a tactic of terror against civilians, concluded the CRSV report.

In 2019, the National Victims’ Unit recorded 107,445 victims of the armed conflict, 365 of whom were victims of conflict-related sexual violence. Women and girls made up 89 per cent of the victims. 166 victims were Colombians of African descent, 15 were from indigenous communities, 28 were persons living with disabilities.

Some 51 cases were perpetrated against children (31 girls and 20 boys). At least in 10 cases of sexual violence, the alleged perpetrators were members of the Ejército de Liberación Nacional, criminal groups and other violent groups. Members of the military were allegedly involved in three cases.

In 2019, the United Nations Organization Stabilization Mission in the Democratic Republic of the Congo (MONUSCO) documented 1,409 cases of conflict-related sexual violence, which represents an increase of 34 per cent since 2018.

Of those cases, 955 are attributed to non-state armed groups. In terms of state actors, the Armed Forces of the Democratic Republic of the Congo were implicated in 383 of these incidents. The Congolese National Police bore responsibility for 62 cases while another nine incidents were attributed to other State actors.

Civilians formerly held captive by ISIL in the Syrian Arab Republic, including survivors of conflict-related sexual violence, continued to return to Iraq throughout 2019.

In November, the Directorate of Yazidi Affairs of the Ministry of Endowment and Religious Affairs of the Kurdistan Regional Government released statistics regarding members of the Yazidi community who had been reported missing since 2014. Of the estimated 6,417 Yazidis abducted, 3,524 have been rescued or escaped from their abductors (1,197 women, 339 men, 1,038 girls and 950 boys), and 2,893 remain missing.

These figures do not include other affected groups, such as the Turkmen Shi’a. The Commission for Investigation and Gathering Evidence of the Kurdistan Regional Government, established in 2014 to collect evidence on crimes committed by ISIL, has to date recorded more than 1,000 cases of conflict-related sexual violence, predominantly against Yazidi women and girls.

According to the CRSV report female inmates are denied due process and unable to challenge the legality of their detention in the Mitiga detention facility. This facility is controlled by the Special Deterrence Force, which comes under the Ministry of Interior.

UNSMIL also documented patterns of sexual violence, sexual exploitation, extortion and trafficking of refugees and migrants in Zawiyah, Tajura’, Gharyan, Tariq al Sikkah and Khums detention centres, some of which are linked with the Department for Combating Illegal Migration.

Some migrant women and girls are at high risk of being sold for forced labour or sexual exploitation to transnational criminal networks, some with links to armed groups. In Tariq al-Sikkah, two girls were subjected to public beatings and sexual abuse.

The lack of accountability for crimes of conflict-related sexual violence perpetrated against the Rohingya in northern Rakhine remains unchanged.

The fact-finding mission on Myanmar on sexual and gender-based violence found that sexual violence was a hallmark of Tatmadaw operations in 2016 and 2017. Moreover, it showed that those violations were perpetrated against Rohingya women and girls in order to intimidate, terrorize and punish the civilian population as a tactic of war, concluded the CRSV report. 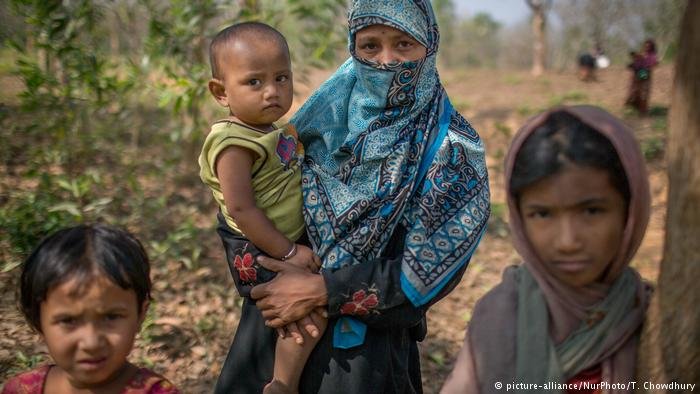 The Somali Police Force was implicated in 14 incidents and 32 cases involved members of the Somali National Army. Out of these cases, 78 cases (46 per cent) took place in Jubbaland State.

Prior incidents, which had taken place between 2014 and 2018, affecting 55 women and 26 girls, were also verified during the period under review,

In 2019, the African Union-United Nations Hybrid Operation in Darfur (UNAMID) documented 191 cases of sexual violence, affecting 135 women, 54 girls and 2 boys. Rape and attempted rape constituted 80 per cent of these cases.

Incidents were attributed to armed nomads, members of SLA-AW and militia groups. Government security forces, including the Sudanese Armed Forces, elements of the Rapid Support Forces and the Sudan Police Force, were also implicated.

During the reporting period, the United Nations documented 826 allegations of conflict-related sexual violence, including rape and forced marriage.

Of all the recorded incidents, 88% were attributed to armed groups, including Boko Haram and the Civilian Joint Task Force. Security forces, such as the police and the Nigeria Security and Civil Defence Corps were implicated in the remaining 12% of cases. 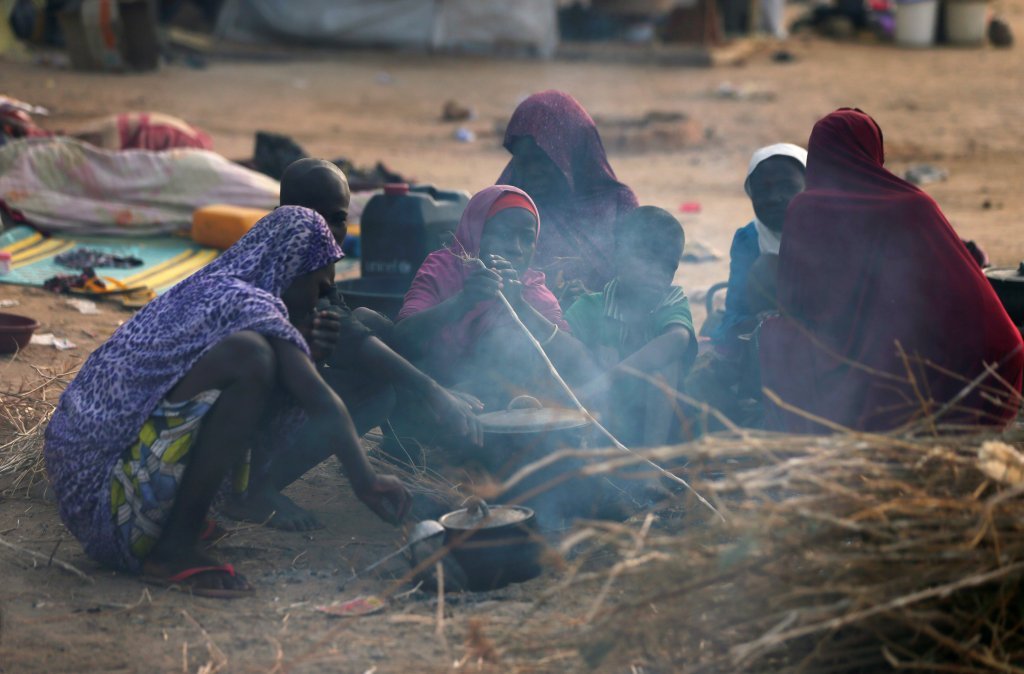 In April 2019, through the adoption of resolution 2467, the Security Council recognized the need for a survivor-centred approach to inform all measures to prevent and address sexual violence in conflict and post-conflict situations.

The Security Council, in resolution 2467, reiterates the grave concern expressed in resolutions 1888 (2009), 1960 (2010) and 2106 (2013) that “despite its repeated condemnation of violence, including sexual violence, against women and children in situations of armed conflict and despite its calls addressed to all parties to armed conflict for the cessation of such acts with immediate effect, such acts continue to occur."

The report concluded that all this happens often with impunity and that the level of compliance by all parties to conflict with the resolutions of the Security Council remains low, even after a decade of concerted focus.