The UK Home Secretary has announced that she would be appointing a “Clandestine Channel Threat Commander” to lead the UK’s response to tackling illegal attempts to reach the UK by sea.

In a press statement from the UK's Home Office, Patel said that "the number of illegal small boat crossings is appalling." She added that the UK authorities were "working to make this route unviable" by arresting "criminals facilitating these crossings and making sure they are brought to justice."

Patel said that Mr O'Mahoney's appointment was "vital to cutting this route by bringing together all operational partners in the UK and in France." She called the situation a "complex problem" and added that many of the issues related to it were "long standing."

O’Mahoney told reporters that he was "looking forward to working closely with the Home Secretary and Minister for Immigration Compliance as well as with the law enforcement bodies in the UK and France to bring to bear every capability available to tackle this critically important issue."

Previously O'Mahoney served in the Royal Marines and was deployed in both Kosovo and Iraq. Since leaving the military, he has worked as Director of the UK's Joint Maritime Security Centre (JMSC), and held senior positions at the National Crime Agency and with the Border Crime Command at Border Force Heathrow (the UK’s largest airport).

The appointment comes as record numbers of migrants attempted to cross the Channel in the last few days. According to the British news agency the Press Association (PA) more than 4,000 have reached the UK this year alone. Just over 150 people reached the country on Saturday, many of them families with young children. Last week on Thursday 235 attempted the crossing in one day. On Sunday, reported the BBC, a further 65 were picked up by coast guard patrols. On Friday a record number of unaccompanied children arrived in the UK. All 23 were taken into the care of Kent County Council. 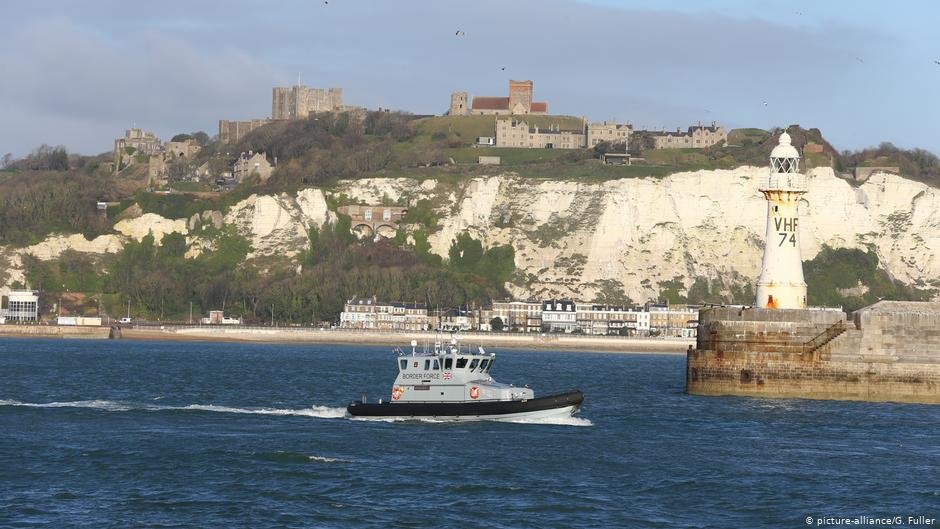 The BBC reported on its morning radio program Today that the UK government might pay the French government 30 million pounds in order to step up controls before migrants set to sea. The government is also reportedly considering using the Royal Navy to patrol the short stretch of water between the UK and the European continent.

Ministers from the UK and France are due to meet on Tuesday, August 11 to discuss matters. Pierre Henri Dumont is the French member of parliament (MP) for Calais and a member of the foreign affairs committee in the French National Assembly.

Dumont told the program that he understood the theory of deploying the Navy but wondered in practice what would actually happen. He asked rhetorically whether the Navy was "prepared to shoot at small boats which had entered British waters, ie 12 nautical miles from the British coast?" Or, he asked, "was the British Navy intending to enter French territorial waters in order to push back the boats before they could reach British waters?" He said he thought that the navy "wouldn’t change anything, clearly" and called it a "political measure."

When asked if the idea of warships could act as a "deterrent" to smugglers, Dumont said it was "dangerous." That in practice, if the navy ships tried to push back small boats full of migrants into French waters, they would essentially be entering French territory and he asked whether the British government would be "happy to see it the other way around?"

Dumont said the French authorities were doing "whatever they can" already. However, he clarified, "if you have got dozens of crossings every day it is very difficult for us to stop the boat. It only takes five minutes to get a boat at sea and a coast of more than 300 kilometers to monitor." He said it wouldn't be possible to have police or border forces stationed "every ten meters" with drones or cameras in order to monitor every stretch of sea.

Sir David Normington, a high ranking British civil servant and former permanent secretary at the Home Office followed Dumont on the BBC program. At the Home Office he worked on the issue of migration. Sir David said the best solution was indeed to "persuade the French to do more to patrol their territorial waters." He added that was because "once [the migrants] get in to British territorial waters, they are likely to end up being landed in Britain and then [they will] claim asylum."

Sir David agreed that the French had "intensified their efforts" but because the numbers of those attempting the crossing had also risen, there were still "a lot of people getting through and getting across to Britain."

He said that there was a "long history" of Britain putting money to increase French resources to block attempts from their coast. He said that if money "was what it takes, then that is what it takes." He added though that he was skeptical of the Navy getting involved in what has been described as "Australian style pushbacks," to deter migrants. Because, Sir David explained, there were no international waters in some parts of the Channel.

The Straits of Dover for instance were "so narrow" that "French and British territorial waters meet." He said effective pushbacks would require entering French waters and that could "only be done with the permission of the French government."

Sir David said that the real problem was that many of the migrants just "want to come to the UK," and so "will do anything they can to avoid being documented or claim asylum in another country." He acknowledged that once they did reach Britain, they had every right to claim asylum there and that they should then be handled in a fair manner.

Crossing in a kayak

40-year old 'Sami' is one of those migrants, originally from Mauritania, he says he is fleeing political persecution. The British newspaper, The Guardian on Sunday, August 9 featured an interview with ‘Sami,’ whose name has been changed to protect his identity. Sami told that newspaper that he and three friends had "pooled their money to buy a three-seater kayak […] to try and make the arduous 20-mile journey to Britain."

However, after "12 hours of rowing" they had only one oar left and their kayak was "starting to sink." Sami said he wanted the younger people on the boat, some as young as 17, to "survive" so he called the coastguard, and jumped in the water to be rescued. He was returned to Calais whilst his friends, he claims, made it to England. 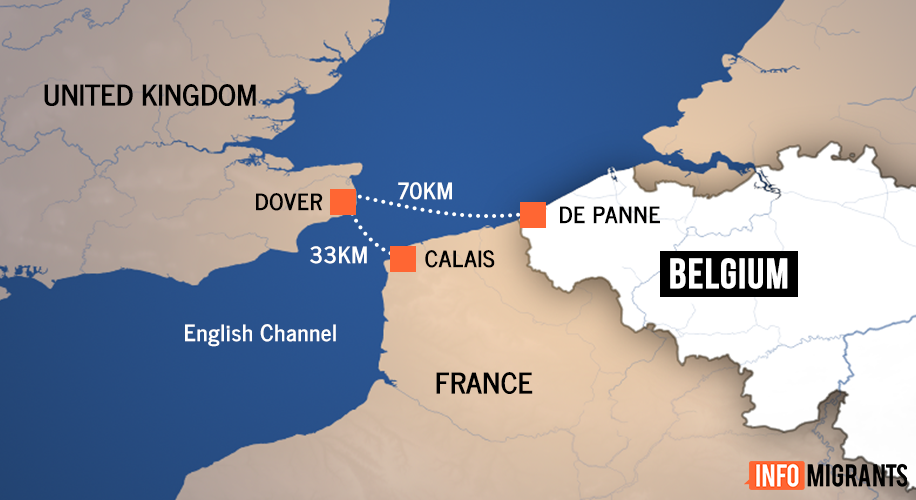 Sami told the Guardian that he was heading to the UK because "nothing else has worked. Italy can't take everybody, so I came to France. I have been waiting two years here with no answer on my asylum claim. I hear from my friends the UK is much better, fairer."

Claire Moseley who runs the charity Care4Calais in the French town of the same name distributes food, blankets and psychological and legal help to many migrants like Sami who are hoping to make it to the UK. Moseley told the Guardian that many wanted to reach the UK because they had family there and that "others can’t get protection anywhere else."

A 16-year old boy from Afghanistan, whom Moseley is trying to help, told the Guardian that he had tried so many times to cross the Channel he was feeling "despondent." He confided, "one day I will just swim. If I die, that is OK, I am relaxed about it."

Another, 34-year-old Mohammed from Sudan, clarified that even though he was scared of water and can't swim, the only way available to him was to "put yourself in a place of death so that you can live."