The UK government has deployed a military aircraft on Monday over the Channel as part of an increase in measures designed to deter migrants crossing. The government has also raised the possibility of using the Royal Navy to push migrant boats back and strengthen laws in order to make the crossing "unviable."

On Monday, August 10 the British government deployed a Royal Air Force (RAF) Atlas aircraft over the English Channel. The use of the aircraft is the latest in a series of measures the British government are now taking in order to try to make channel crossings "unviable." The plane was meant to help spot Border Force patrols in locating small boats, the Ministry of Defense told the BBC.

On Sunday, the UK government announced it was appointing a former royal marine commando in a Channel Commander role but mooted the possibility of using the navy to pushback small boats trying to make it to British waters.

British and French ministers have meanwhile already held a series of meetings to discuss how action can be stepped up and patrols increased. 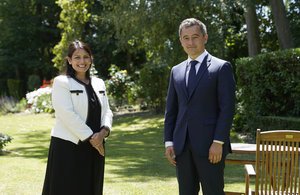 According to reports published in the Sunday Telegraph, the UK government is considering whether it might pay a further 30 million pounds (34 million euros) to the French authorities in the hope that more of the French coastline could be patrolled to stop people setting foot in boats in the first place.

One former government adviser, Lord Ricketts, speaking to the BBC said: "The French do have 300km of coastline facing the UK which is quite hard to police. I think a lot of the money they are asking for is to reinforce mobile patrols up and down those beaches to stop people even getting into these boats."

UK Prime Minister Boris Johnson, speaking during a visit to a school in London, also told the BBC on Tuesday that he was considering changing asylum laws in the UK in order to add further deterrents to potential migrants.

Johnson said that currently it was "very very difficult" to return migrants who had already arrived in the UK from France. He said that the UK needed to examine "the panoply of laws that an illegal immigrant has at his or her disposal that allow them to stay here."

Whilst it is still in the "transition phase" of Brexit this year, the UK still continues to follow EU asylum law, but after it has fully left the bloc on December 31, the Prime Minister's spokesperson promised that the UK would be looking to make new agreements to regulate the return of migrants.

Furthermore, 23 lawmakers in the ruling Conservative party signed up to a letter to the UK's Home Secretary Priti Patel in which they said that the government needed to do "whatever it takes" to stop migration. According to one of the presenters of the Today program, some of the rhetoric used in that letter including describing migrants as "invading" Britain. 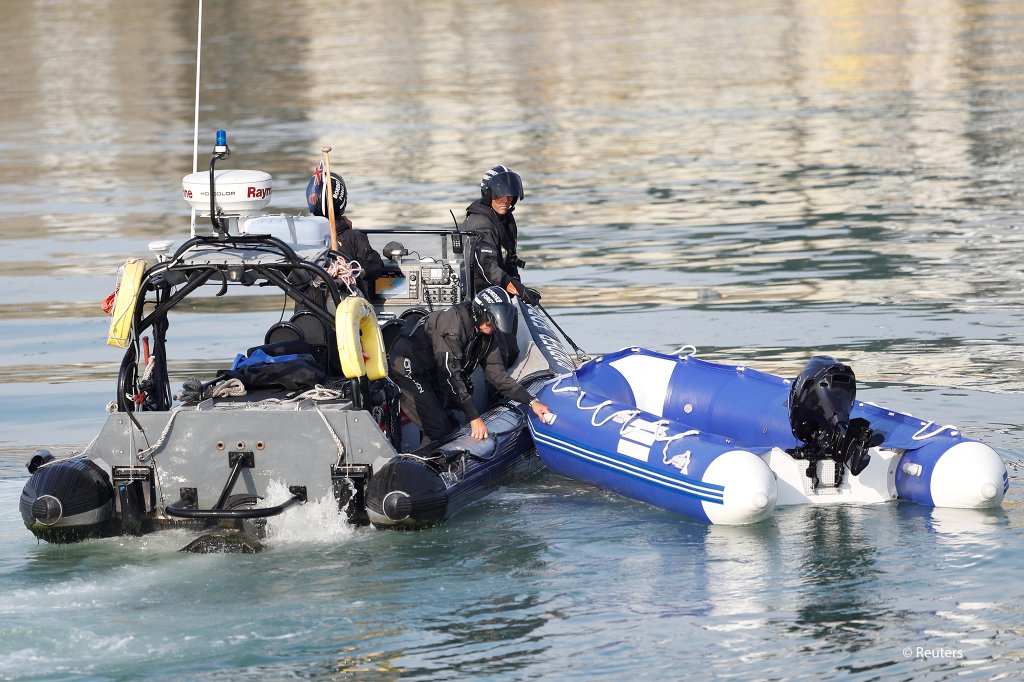 Conservative MP for Dover Natalie Elphicke appeared on the Today program on Tuesday. While she did not sign the letter and said she wouldn't use such language, she did say that migrants were "breaking into our country illegally," and that the small boat crossings "needed to be stopped."

Talks underway in Paris today between the Immigration Compliance Minister and his French counterparts. Looking forward to further action being agreed to tackle the small boats illegal crossings. https://t.co/ABGPHrioBL

Home Secretary (Interior Minister) Priti Patel meanwhile went to Dover on Monday, where she boarded a Border Force patrol boat to see how the authorities dealt with the crossings at first hand.

Today I was in Dover to see how Border Force and other operational partners are tirelessly dealing with the unacceptable number of illegal small boat crossings.

I am absolutely committed to making this incredibly dangerous route unviable. pic.twitter.com/KGzBd3CR0X

According to the French newspaper, Le Monde, the French government has not yet commented on whether it has, as The Sunday Telegraph claimed, asked the British government for the 30 million pounds to help step up beach patrols along the Channel coast.

The Press Association has meanwhile calculated that more than 4,000 migrants have already made it to Britain this year alone via the Channel route. In the last few days, BBC reporters have filmed a number of inflatable dinghies make their way across the Channel, which isbusiest shipping lane in the world.

Those on board one such craft gave a "thumbs up" to the reporter as his boat pulled up a few meters away from theirs. They nodded and smiled when asked if they were headed for Dover. Everyone on that boat was wearing life jackets and the motor of the small vessel appeared to be working well. But whether they will remain as confident in the future is yet to be seen.