Swapping schnitzel for shawarma: How Germany's tastebuds are evolving thanks to migration

When people think of a German restaurant, they usually think of potatoes, schnitzel and sauerkraut. But thanks to the arrival of more than one million migrants and refugees since 2015, Germany's culinary landscape has transformed notably.

Trading burger patties for falafels or apple strudel for baklava is increasingly becoming Germany’s new normal. Despite Germany always having a sizeable immigrant population, the arrival of migrants and refugees since 2015 has changed the way that people think about eating out. Prior to 2015, most foreign restaurants in Germany were either Greek, Turkish or Italian.

But this has changed, introducing not only new flavors to the German palette but also revolutionizing ways in which global supply chains deliver certain products that had hardly every made it to Germany before.

Ragaei El Shamarka, a restaurant chef who also is member of the German Chefs' Association (VKD) told the dpa news agency that certain ingredients that he could only find in specialty shops before have almost become staples in supermarkets, such as okra or African chakalaka sauce. Even the much-loved Döner Kebab “has been replaced by Schawarma - the Arabic version of the thinly cut meat dish.” The native Egyptian welcomes the fact that multiculturalism has finally arrived in Germany’s restaurant scene as well. 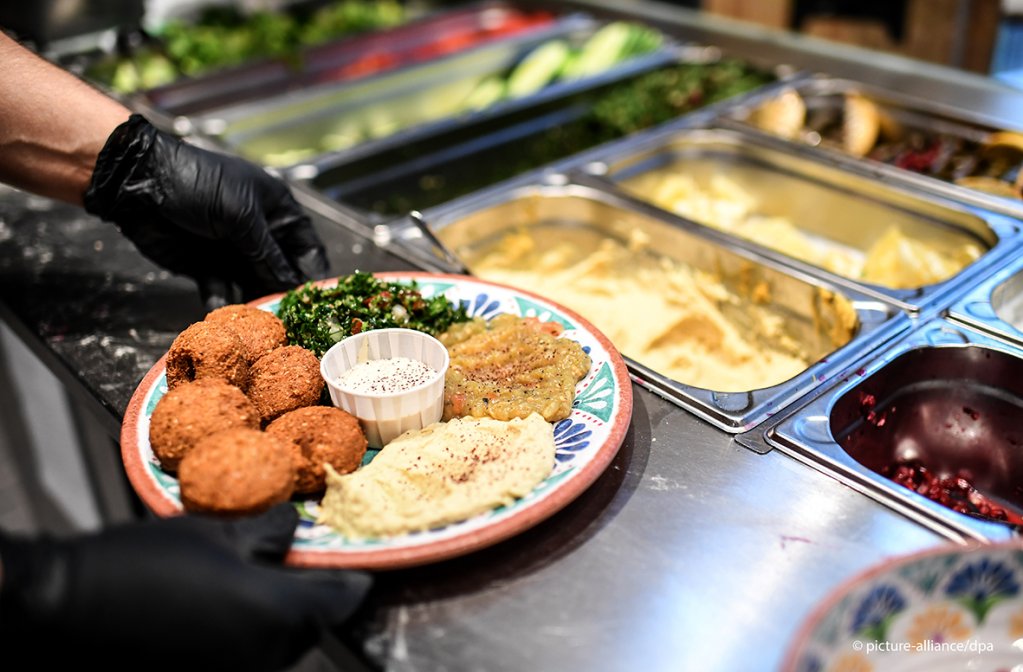 Many of the chefs and sous-chefs working in these new restaurant originally arrived as asylum seekers in Germany. Salah Dahhan, who came from Syria to Germany in 2015, said that street food from Arabic-speaking countries is having a bit of a moment. The 27-year-old works alongside other migrants at Refueat, a Berlin-based food and catering initiative that hires refugees and migrants to work in their kitchens and share their recipes.

Aymann Azzawi, Refueat's managing director, who was born in Berlin but has his family background in Syria, says that migrants “shape the food culture in Germany by cooking dishes from their homelands.”

Delicacies like baba ghanoush or fattosh salad are no longer being treated as foreign words in Germany, and many people know exactly by now just how they like their hummus to be prepared. The migrants who work at Refueat get to choose each day what dishes they want to prepare. Salah Dahhan’s favorite food is muluchiya -- an Arabic dish made from green spinach-like leaves and jute mallow. "The Germans like it," says Salah. 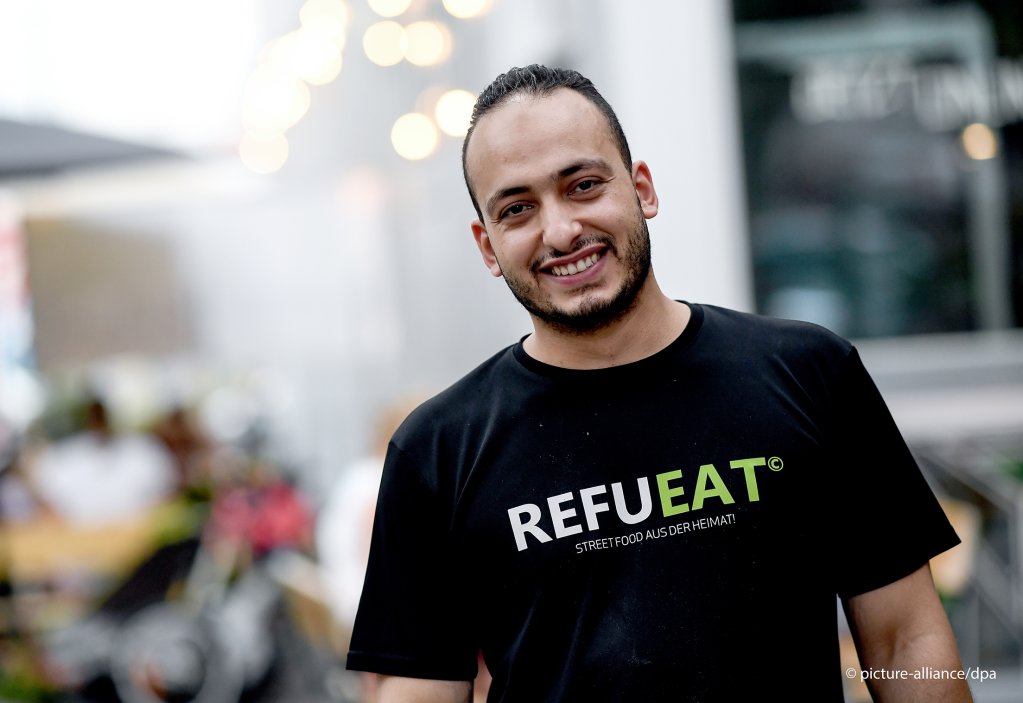 The managing Director of the German Hotel and Restaurant Association (Dehoga) Sandra Warden told dpa that the variety in Germany’s culinary landscape had long become practically unrivalled: “There probably is no other industry sector in Germany that is quite as international,” Warden said in an interview, adding that to a great extent this was thanks to the growing cultural diversity of the workforce.

According to Germany’s Federal Employment Agency, 34% of employees in the hotel and restaurant industry were of foreign origin of December 31, 2019 — one out of three. But that number also includes immigrants who did not arrive applying for asylum, but rather those who came to Germany as students, spouses or economic migrants as well.

Nearly 14,000 employees in the hospitality sector, however, are confirmed to come from Syria — including eight employed at Refueat in Berlin. However, there are no statistics on how many of these chefs actually have professional training in the field, says the Federal Institute for Vocational Education and Training (BIBB). Only few have started traineeships in Germany, according data provided by VKD. 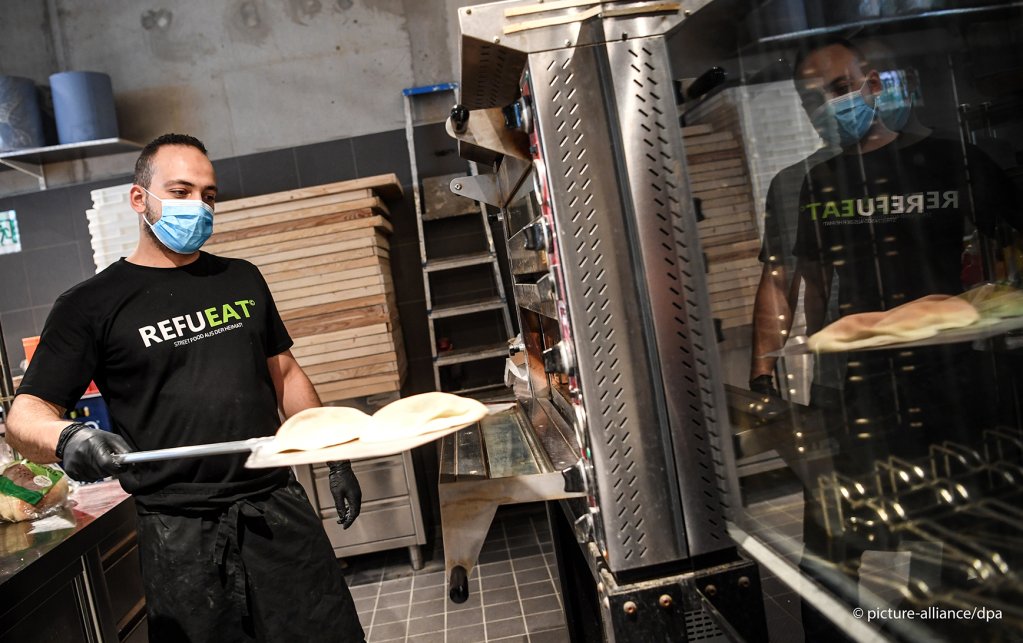 VKD President Richard Beck says that the physical aspect of a career as a chef is often off-putting to many migrants who dabble in it when they first arrive in Germany. Many say they hope to move on to bigger and better things, he adds, with some hoping for tertiary education rather than going to vocational school. Those who do accept a traineeship program often drop out, he highlights: “Even those who persevere have to fight with all the theory they’re taught. … But the practical tests they often pass with flying colors.”

From mechanic to chef

But not everyone needs to pass the rigorous training as a chef to still find a place in Germany’s culinary landscape. Many end up working in kitchens because of their passion for the dishes they enjoyed in their home countries — like Salah Dahhan. Back in Syria, Dahhan used to work as a mechanic. Cooking was more of a hobby, says the 27-year-old.

“And now for the past five months, this has been my career,” Salah explains. And that new career is certainly keeping him on his toes, as he rotates between the kitchen and the counter, preparing delicious Syrian flavors which until a few years ago were almost entirely unknown to most Germans.

Bon Appetite - or, as they say in Arabic: shahiat tayiba!