As the Lampedusa hotspot becomes more overcrowded, Italian regional governors are protesting the transfer of migrants who arrived on the island to their regions. Meanwhile, a quarantine ship docked at Lampedusa is to take around 250 migrants on board.

The migrant hotspot on the Italian island of Lampedusa, which has a maximum capacity of 190 people, is currently bursting at the seams with more than 1,000 people.

The Italian interior ministry is transferring the migrants in small groups to various regions throughout the country. However, the number of regional governors calling for a stop to the transfers is on the rise, as they are facing difficulty managing the migrants amid rising numbers of COVID-19 cases.

In recent days, six landings with a total of 240 migrants took place on Lampedusa. The island is "under assault," Sicily Governor Nello Musumeci said. "But according to Rome, it doesn't deserve the declaration of a state of emergency."

"I'm asking Premier Conte to at least explain why? What did the people of Lampedusa do that was so vile that they must now endure this wave by themselves?" the governor added.

Migrants are also being taken to northern Italian regions as far as Piedmont, with 76 migrants from the island to be transferred to Castello di Annone. But Piedmont Governor Alberto Cirio said he's had enough.

"The government has made fools of us. There was a commitment with the interior ministry that other migrants wouldn't be sent to Piedmont, but it was disregarded. Piedmont can't do it anymore, above all in this particular moment," Cirio said.

The governor of the Molise region east of Rome, Donato Toma, took the same tone after learning of the plan to send a group of migrants to the reception center in Campolieto.
Toma sent a letter to Prime Minister Giuseppe Conte and ministers highlighting that the transfer "would create reasons for tension and concern ... We are facing a very delicate situation, due to the re-entry in the region of Molise residents who vacationed abroad, including in countries that are hard hit by COVID-19."

Protests in Sardinia, fear of COVID-19

Sardinia Governor Christian Solinas is opposed to the transfer of migrants from an initial reception center in Monastir on Sardinia to a facility 50 kilometers to the north in Tonara.

"There is the concrete danger that the virus can spread across the island, and we are strongly against this," Solinas said. "These people, who aren't fleeing any war, must be immediately repatriated," he said. 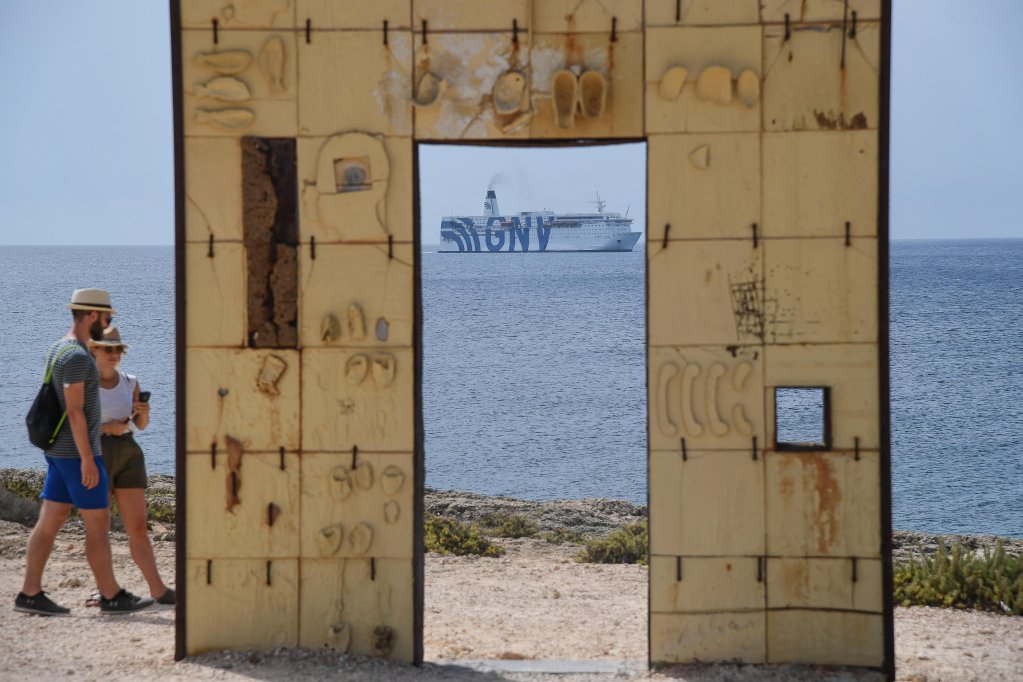 The interior ministry was counting on a quarantine ship, the "Aurelia", to help alleviate the pressure on the local territory from the arriving migrants and the task of having to conduct COVID-19 tests on them.
However, the ship didn't manage to dock at the island's port on Tuesday after several attempts in strong winds and with extremely limited space for the maneuver.

On Wednesday, the ship docked successfully and 250 migrants from the island's hotspot were expected to board.