Four scientific studies in Germany conclude that the integration of migrants and refugees is proceeding increasingly well. The German Institute for Economic Research (DIW) stressed, however, that there were still some areas that needed improvement.

The four reports were published 10 days before the fifth anniversary of German Chancellor Angela Merkel's famous "Wir schaffen das" speech (translation: We can do it) in 2015, in which she referred to the growing challenge at the time of welcoming over one million migrants and refugees who arrived in Germany that year.

Five years on, the studies published by DIW imply that the chancellor was mostly right. The document said that according to one of the studies, two out of three migrants and refugees had high expectations of themselves of getting to a state whereby they could fully support themselves and their families. They usually reported that they expected to do so within two years of their arrival.

The reality might look somewhat less promising, but is still yielding hopeful numbers: One of the studies confirmed earlier estimates that only about half of those interviewed were now in employment. This is considered to be a decent success rate, taking into account that those people have only been in the county between three to five years on average, and that full integration is projected to take longer than that.

(1/3) Five years following "We can do this": Our first study – with 7.950 interviewed refugees – shows that most #refugees reported a high probability of finding employment within 2 years. The expectations were met by 54 percent. @DanielGraeber https://t.co/dfrwnbQF9W pic.twitter.com/meUCGrG6Ep

The studies concluded that part of the reason for that success rate was the fact that the majority of asylum seekers who had come to Germany between 2013 and 2016 belonged to educated demographics in their home countries.

The majority of arrivals during that period were indeed people escaping the civil war in Syria, many of whom came from urban areas. However, the document also highlighted that while their overall education might be considered of a higher standard in their own home countries  many of the migrants and refugees arriving in Germany during that time had lower education standards when compared to Germans.

More work needed — on both sides

The report meanwhile also highlighted that difficulties in learning German and the lack of recognition of academic degrees from abroad were among the chief reasons why the percentage of asylum seekers in employment wasn't higher.

"The studies show that the integration of refugees has been successful in many areas," said DIW's head of education and family, Katharina Spiess, while stressing that further efforts would be needed in the coming years, both on the part of the new immigrants to Germany but also among the native-German population.

"We should regard these [efforts] as important investments for the future of our society," she added. 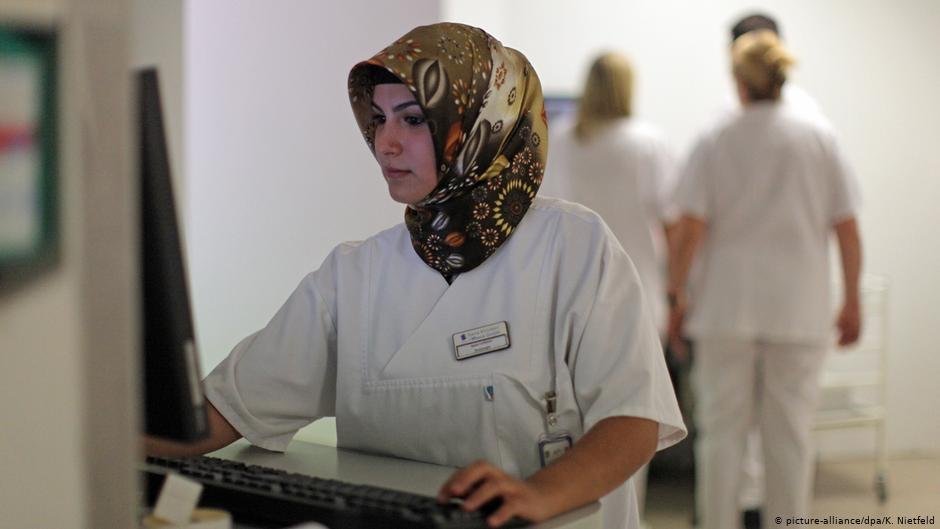 Felicitas Schikora, a research assistant working for the DIW's socio-economic panel, commented that refugees in particular typically didn't have the luxury "to make equally informed decisions about the job market (in Germany) compared to other immigration populations."

In addition to adults finding new careers in Germany, the studies also stressed that children and youths were performing exceptionally well in school and integrating successfully outside the classroom setting as well — especially when taking their difficult circumstances into account. Nine out of ten youngsters were reported to be conversing with their peers in German, while eight out of ten reported liking their school environment.

However, the authors of the studies also pointed out that many migrant children would do well in making the most of further extracurricular activities at school, in which they were found to be somewhat underrepresented.

Meanwhile, the adult migrant population didn't fare quite as well when it comes to social integration; according to sociologist Cornelia Kirsten, many grown-up migrants took longer in establishing meaningful relationships with Germans.

One of the studies suggested that only about half of all refugees and migrants surveyed were in regular contact with Germans, stressing that women and people living in communal facilities had fewer contacts with the local population on the whole. This in particular was flagged as a major issue that would need to be addressed.

A study by @DIW_Berlin_en institute on refugees integration in Germany found that only 50% of refugees have regular contact with Germans, even after 5 years of living in the country!
The rate is even less for refugee women. pic.twitter.com/w2N0Ytz6uk

Felicitas Schikora also said that repeated rejection on the job market had a negative impact on integration efforts: "This is why it is important to manage expectations and to communicate requirements and expected qualifications clearly."

This repeated frustration could lead to depression and anxiety, which is an issue that the report also underlined, saying that migrants struggling with mental health issues were in dire need of additional targeted support when trying to find jobs and navigate life in Germany.

Some areas that needed further improvement, according to the document, included the integration of women and of parents with young children. 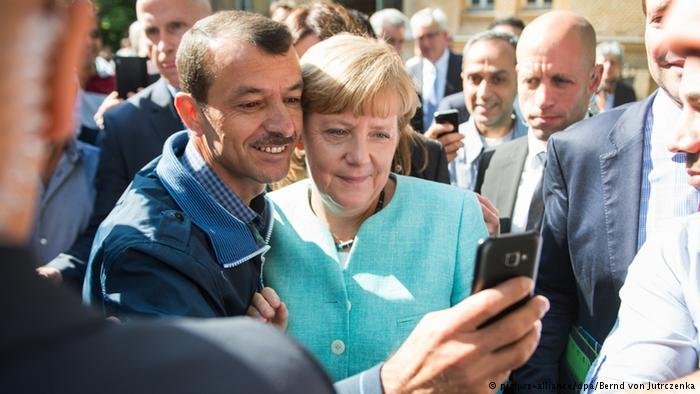