Sicily's regional governor Nello Musumeci published a decree on Sunday, August 23 calling for all migrant hotspots and welcome centers to be closed down from midnight on Monday, August 24 if they could not meet the adequate health conditions required to protect people against the transmission of COVID-19.

The latest decree issued by Sicilian regional governor Nello Musumeci calls for the "immediate clearing of hotspots and migrant welcome centers," by midnight on August 24 and also issues a bloc on any migrant arrivals, transits or stays in the Sicilian region. These measures, qualifies Musumeci, are so that he can carry out the task entrusted to him by former state decrees, that of protecting the health of Sicilians and all those who reside in Sicily.

After publishing the decree on Sunday, Musumeci held a press conference live on Facebook on Monday (August 24 ) to answer questions from the press and explain his reasoning behind issuing the order and why he believes he has the law on his side. 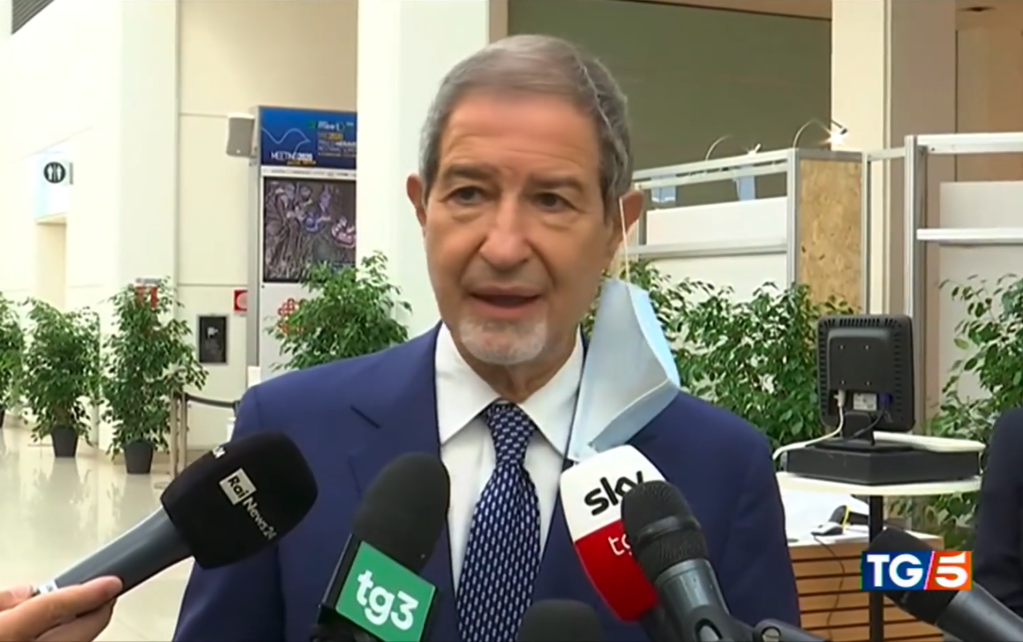 During the press conference he expressed once again his frustration and disappointment at the "silence" coming from the national government in Rome and accused them of communicating by press release rather than speaking directly to him and listening to his repeated calls to be allowed to declare a state of emergency in Sicily because of the increase in the last few months of the numbers of migrants arriving on Sicilian shores.According to figures Musumeci quoted during the press conference, 7,077 migrants arrived in Sicily in July and "more than 3,000" have already arrived up to August 15 this month. That is "more than 10,000 people" in less than two months. Musumeci says these numbers make it impossible for the centers meant to test, house and potentially quarantine migrants to cope while maintaining the hygiene standards and distance requirements that the coronavirus requires to halt its spread.

"Sicily can't continue to submit to this invasion of migrants," tweeted Musumeci on the evening of August 22, just ahead of the publication of his latest decree. "Within a few hours, I will have on my desk the decree in which I will be able to empty all the hotspots and welcome centers on the territory," read Musumeci's tweet.

The national government in Rome has responded with a press release on the interior ministry's website, stating that everything to do with migration is a national competence and not one that should be decided on a regional basis.

'Working to reduce the impact of migration on Sicily'

The statement calls once again for "cooperation" between Rome and its regions to deal with the "complex phenomenon of migration", reiterating that it has "always been working to reduce the impact that the strong migratory pressure has on Sicily." The statement goes on to say that the increase in the numbers of those arriving recently is due to the "Tunisian crisis," and to which the Italian government has been busy trying to find "effective solutions." 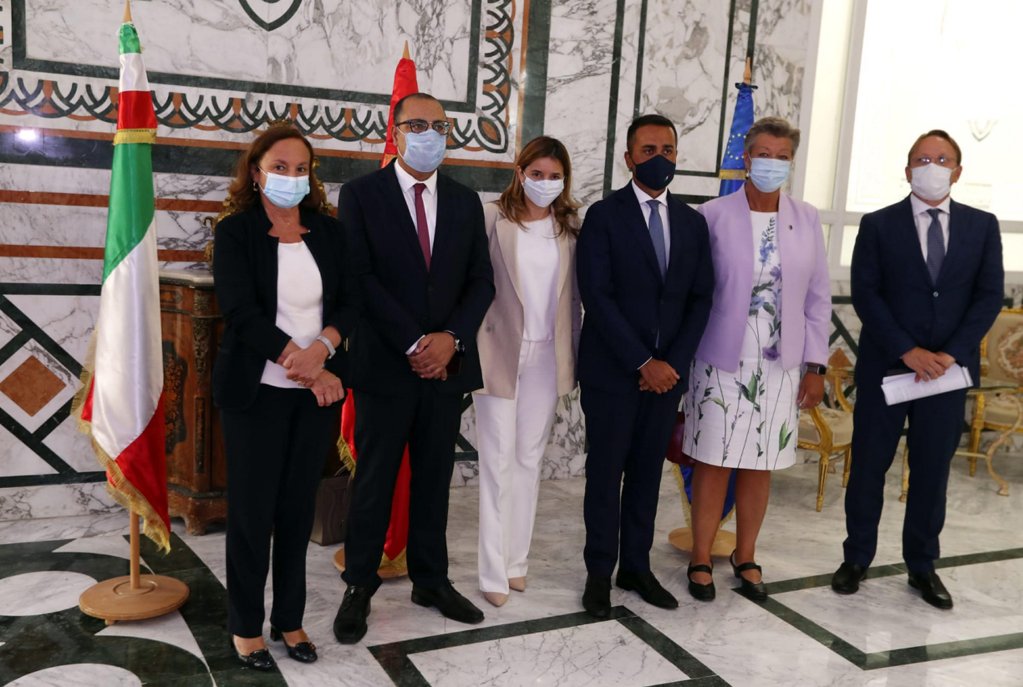 Rome says that since July, 3,500 migrants who arrived on the Sicilian coasts had been transferred to other parts of Italy. The government said that the security and the health of all those on Sicily was a top priority and that it has already been working hard to carry out blood and swab tests on all migrants arriving in Sicily.  Musumeci, during the press conference, made the point that the Sicilian region had indeed been cooperating as the government had asked. He said regional health workers had carried out 6,033 blood tests and 5,000 swab tests as requested by the government. However, he stressed that the conditions in many of the hotspots, which he himself has visited, were "inadequate" and that it is his "duty to look after the health of everyone who is present on this island." He said building tent cities and shacks and other temporary shelters for migrants was akin to housing them in "concentration camps" -- something he was against and found unacceptable.

Duty to protect the health of those in Sicily

Musumeci said repeatedly that he didn't care where people came from, or whether they were "black, brown, white or blonde." What mattered to him, he said, was that "these are human beings who find themselves on the territory for which I am responsible. I have the duty to control what goes on in these places, [the hotspots]," unless, he continued, the national government was going to tell him that the hotspots were a "zona franca" like an embassy, in which different rules can apply.

Musumeci through his long political career has been a member of various right wing parties, including MSI (which had its roots in the former fascist party) and Alleanza Nazionale which developed partly out of MSI, now stands on his own ticket "DiventeràBellissima" ("It will become beautiful" – presumably referring to his birth region  Sicily) and the Musumeci List. 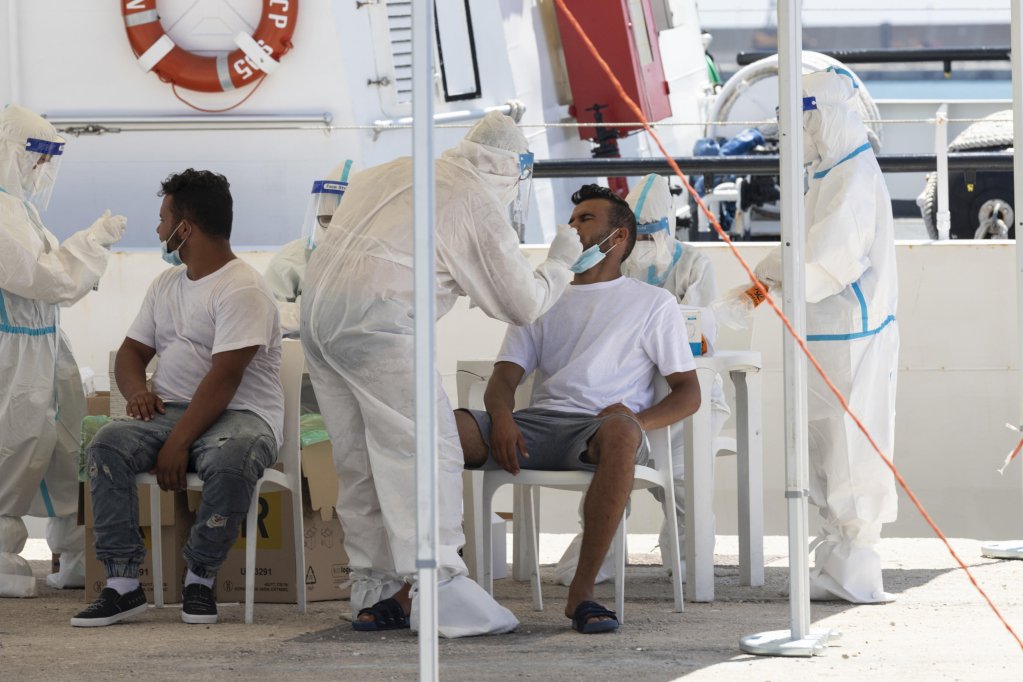 Regarding the current developments he has denied using the situation for political gain and repeats that all he cares about is the health of those present on Sicilian soil. His critics on the left, however, believe this is posturing ahead of regional governor elections in September.

The national government has repeatedly underlined that it is in charge of what happens to migrants and migration policy. Musumeci however stressed that health and hygiene are a domain over which he has regional control. The conditions in the hotspots in his opinion are "unacceptable," Musumeci repeated. "They don’t comply with the sanitary conditions required during a pandemic. The Ministry of the Interior, housed in a building called La Viminale, tweets its COVID-19 checks regularly on Twitter.

When asked what he would do at midnight on August 24, Musumeci said that if he got no response from the national government, his inspectors would go ahead and close one place after another if it was found to be non-compliant with the health and safety conditions he requires.

If his orders were contravened by Rome, said Musumeci, he would take his fight to the Italian courts. As outlined in his decree, he believes he does have the power to carry out the closure of non-compliant institutions in order to protect the health of all those in Sicily. Musumeci added the caveat that he would be happy to wait a few days if the national government responded to his decree with a promise to move all the migrants present in Sicily over the next few days. If the national government wants to be responsible for the health and sanitary conditions too, then they should do something to address the problems, said Musumeci, listing small rooms which were housing far too many migrants in bunk beds as just one of the problems that could lead to the spread of the disease.

Musumeci said in the press conference that in the Pozzallo hotspot among one group of migrants who arrived, eight tested positive on a first test. On a second test 70 then tested positive, proving that insanitary and cramped conditions were leading to the spread of the disease, he added.

According to the news agency AP, the numbers of those infected are rising in Italy. But the majority of new infections have been brought in by Italians returning from abroad, tourists or Italians visiting other regions within their own country, rather than migrants. "Many recent coronavirus clusters have been traced to people who vacationed on Sardinia," wrote AP.

In Sicily on Saturday, according to AP, "migrants accounted for 16 out of 48 confirmed new infections."

Musumeci's order, which may be challenged by the national government in the courts, would also ban humanitarian rescue ships from bringing future rescued migrants ashore. Moreover, the order would send back people arriving autonomously on boats from Tunisia. Musumeci in the press conference explained that Tunisia is "not at war," and therefore not dangerous.