About a week after being launched, the Sea-Watch 4, the latest humanitarian rescue ship to have set sail in the Mediterranean, has completed three rescues in the last 48 hours. On Monday, August 24, the boat's crew tweeted that they now have "more than 200 people on board."

The Sea-Watch 4 set sail from the Spanish port of Burriana near Valencia on August 15. A little over a week after its maiden voyage, the humanitarian rescue ship has already completed three rescues "in the last 48 hours."

On Saturday, August 22, the rescue ship found seven people "45 miles off the Libyan coast," and brought them on board.

Their flimsy fiberglass boat was first sighted by the ship Louise Michel who stabilized the situation & requested the assistance of the Sea-Watch 4, as the bigger and more suitably equipped vessel to respond. pic.twitter.com/eayeqBtlpo

A day later, on Sunday, August 23, "97 people were rescued by our crew...from an overcrowded rubber boat."

🔴 BREAKING: Second rescue in less than 24h.
97 people were rescued by our crew & @MSF_Sea from an overcrowded rubber boat. The men, women & children who were spotted in international waters are now safely onboard the #SeaWatch4, the alliance ship with @United4Rescue. pic.twitter.com/DDb4bS5A3c Then on Monday, another 100 were saved by the organization which is supported by Germany's Protestant Church and operates its mission in collaboration with Doctors Without Borders (MSF).

According to the Protestant news agency epd, the rescue on Monday took place in the early morning hours about 50 miles off the Libyan coast. The people on board had set out a distress call on Sunday night and a nearby oil tanker had established their position. The tanker provided the people on board with life vests and observed the situation until the arrival of the Sea-Watch 4.

According to epd, the majority of those rescued are in a "weak condition and disorientated." They smell strongly of petrol and some were showing signs of poisoning from the fuel. Others were seasick and dehydrated, according to news reports.

Looking for a safe harbor

The President of the Protestant Church in Germany, Heinrich Bedford-Strohm, told the Bavarian broadcaster BR that he hoped the Sea-Watch 4 would soon be directed towards a safe European harbor, from where those on board could be divided between several European countries. He added that the German government should do everything in its power to make sure that this wrangling process did not go on "for weeks," as happened in previous situations. According to a spokesperson for Sea-Watch, the crew had informed the Italian and Maltese authorities and are hoping to be offered a safe harbor soon. Sicily's regional governor though, Nello Musumeci, on Sunday issued a decree in which he said that all hotspots and welcome centers in his region would be closed because they were failing to comply with measures to stop the spread of coronavirus. He also said that he forbid the arrival, transfer through or stay of any more migrants in his region from midnight on August 24.

His decree may be challenged by the Italian national government, which says that migration is under their jurisdiction but Musumeci insists that he has the power to look after the health of all those on Sicily and make sure that everyone complies with anti COVID-19 regulations.

In a statement released by Sea-Watch, the organization underlined that it is currently "the only active rescue ship [in…] the Mediterranean." That was, it stated, "due to the arbitrary blockade of civilian rescue ships by European states." 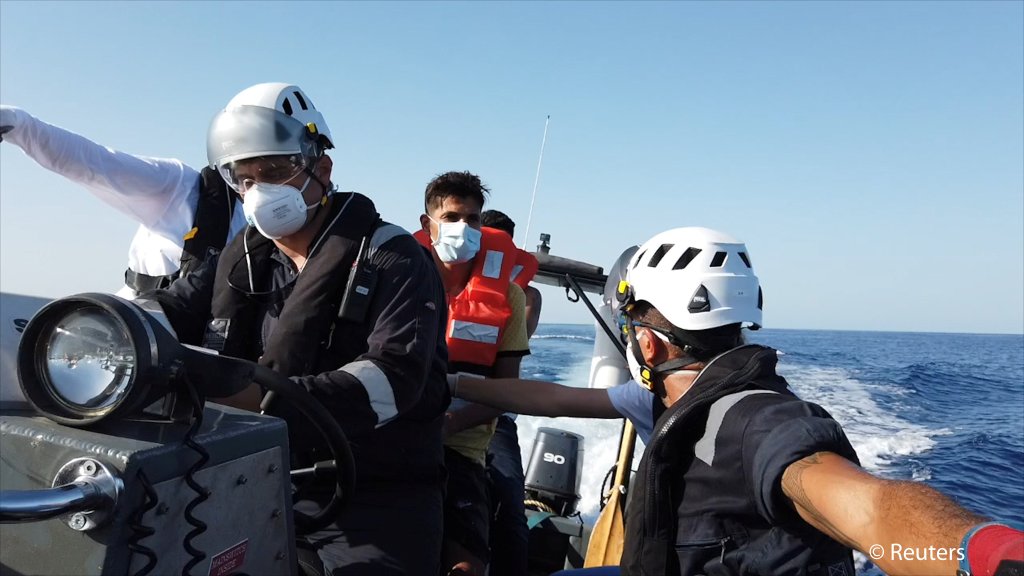 Sea-Watch 4 is on a joint mission with United4Rescue, Sea-Watch and Doctors without Borders. A joint press statement says that the rescues carried out in the last three days were all of people "in distress in international waters." It said that the ships the migrants had been on board were "unseaworthy," and that among those rescued were "women, children and unaccompanied minors."

Conditions at sea, it said, were also "deteriorating," and during the third rescue, they said that there were "two-meter high waves."

Philipp Hahn, head of Operations for Sea-Watch 4 said that the fact the ship had carried out three operations in 48 hours "shows once again the necessity of civil sea rescue in the Mediterranean." He said his organization's "commitment is and remains a symbol of the European Union's failure, which is refusing to do its duty and letting people drown at its borders." 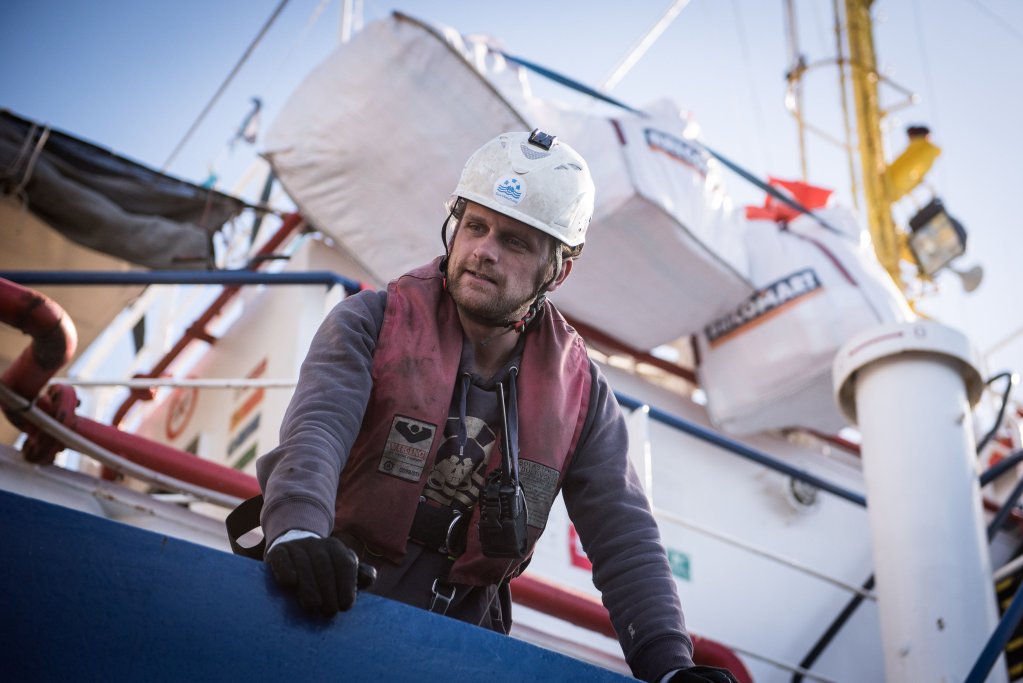 Mentioning the 22 bodies recovered from the sea, potentially following a sinking last Wednesday, Hahn said that "if European states would not have detained civil rescue ships with absurd allegations, these people might still be alive." He said the European Union "and its inhuman actions are solely to blame for these deaths."

The medical coordinator from MSF, Barbara Deck, said that "as a medic, seeing people risking their lives at sea in order to seek safety, is to be confronted with a devastating reality." She said the MSF team were following up "with over 30 patients who presented with acute hypothermia," and monitoring others for burns from the mix of petrol and saltwater which is "highly corrosive."

Currently the Sea-Watch 3 is detained in Italy due to alleged irregularities which the Italian authorities are investigating.

Sea-Watch 4 is a refit of a former oceanographic research vessel (Poseidon) and was bought in February by Sea-Watch and the United4Rescue coalition, which is led by Germany’s Protestant Church. There is a four-person medical team from MSF on board, "including a doctor and a midwife [and] communications and advocacy personnel." Sea-Watch runs the ship and rescue operations "with a partly volunteer crew of 21 people."