Germany: Five years after the refugee crisis, what's been achieved?

Five years ago, as hundreds of thousands of refugees came to Germany, Chancellor Angela Merkel maintained: "We can do it." How has Germany — and those who sought asylum — managed since then? DW explains.

Perhaps no other phrase uttered during Angela Merkel's long chancellorship has made such an impact. The words "Wir schaffen das" ("We can do it") were meant to express confidence in the face of a huge, self-imposed task. In a matter of a few weeks, 10,000 people had come to Germany, mostly via what became known as the Balkan route. Many of them, initially stuck in Hungary. The majority came from Syria, but others from North Africa, Iraq or Afghanistan.

Merkel let them enter Germany even though other EU member states were officially responsible for them under the Dublin Regulation, which stipulates that asylum-seekers must be registered in the first safe EU country they enter. Instead, Germany allowed people to cross the border first and have their asylum claims checked later.

Nearly half a million people applied for asylum in Germany in 2015, and another 750,000 the following year. The interior minister at the time, Thomas de Maiziere, admitted to public broadcaster ARD in mid-August this year that there had been "moments when control was lost." His successor, Horst Seehofer, then premier of Bavaria, once called the situation in 2015 a "reign of injustice."

Merkel's political opposition voiced very different opinions about her actions, at least in retrospect. The Greens' Irene Mihalic said, "It was right for the chancellor not to close the borders back then. The alternative would have been chaotic conditions in the heart of Europe with an incalculable potential for conflict." 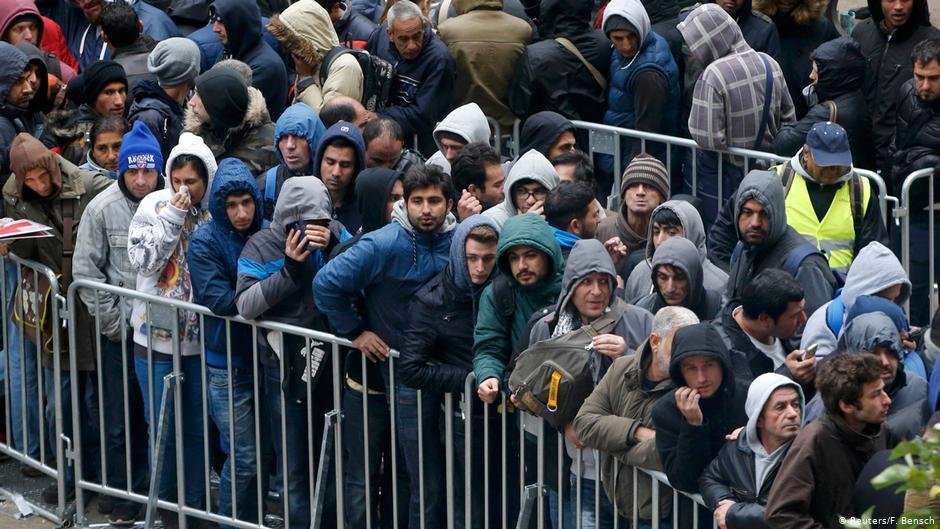 Although Lars Castellucci, a parliamentarian for the Social Democratic Party (SPD), largely agreed with this view, he tempered it with some criticism: Germany should have consulted European partners more. "That causes us enormous difficulties even today," he said.

Gottfried Curio of the far-right Alternative for Germany (AfD) party is of course more vehement in his objections. "The realistic and responsible thing to do would have been to adhere to the law … If the people had been turned away from the outset, fewer of them would have set out on the journey and fewer would have drowned in the Mediterranean."

Merkel's memorable phrase put a lot of people on her side. Outside Germany, there was much approval for Merkel's decision. The New York Times wrote on September 5, 2015, that Germany had "held out an open hand" to refugees. The broadcaster Al-Jazeera reported that "Germany has opened its doors and borders to all those searching for refuge and a safe haven."

But some skeptics believed from the start that Germany was taking on more than it could handle. Others asked what exactly had to be done and whether the country should feel responsible for so many people from different cultures. Merkel's decision divided the nation.

Castellucci, whose SPD party, as junior coalition partner, shared responsibility for implementing Merkel's policy, would have liked the chancellor to have presented a more detailed plan: "She definitely should have said how we can do it and who has to do it. And then there should have been discussions about it in society," he told DW. "That might have avoided the way supporters and opponents of our policy were so irreconcilably at odds with one another, to the benefit of populists." 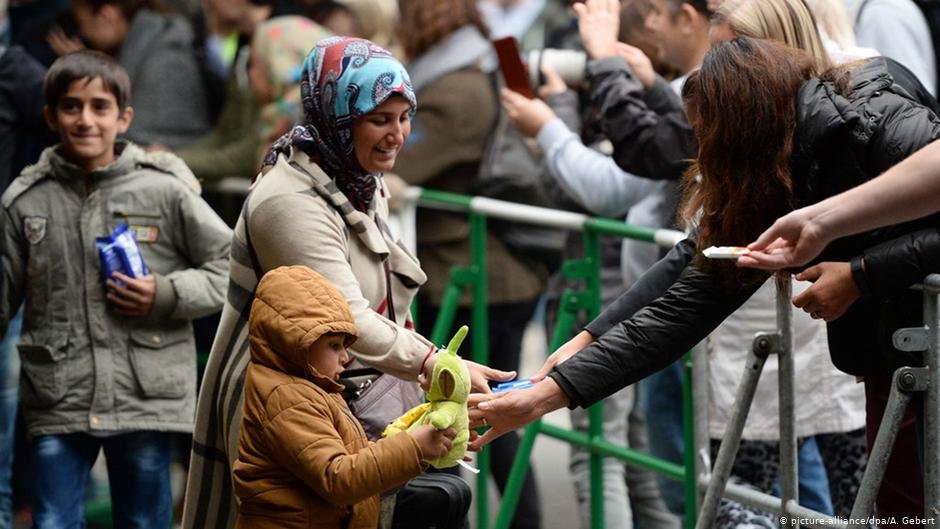 The initial "welcome culture" that Merkel advocated dissipated on New Year's Eve 2015/16, when women were assaulted by migrants in Cologne's main railway station. Even before this, there were numerous xenophobic attacks on refugee shelters, showing how the mood in parts of the country was tipping.

The AfD profited from the discontent, seeing large increases in voter support in several state elections before becoming the Bundestag's biggest opposition party in federal elections in 2017.

Merkel has always stood by her decision of 2015, but told a conference of her Christian Democratic Union (CDU) in December 2016 that a situation like the one in late summer 2015 "can, should and must not be repeated." The German government introduced a more restrictive asylum policy, and from 2016, the number of asylum-seekers dropped mainly because countries along the Balkan route made it increasingly difficult for people to cross their borders.

How well have those new arrivals been integrated in Germany? Migrants are still much less likely to have a job than the average German. Only around half the people who have come to Germany since 2013 have paid employment, according to a 2020 study by the Institute for Employment Research (IAB). The generally upward trend is also now being canceled out by the coronavirus pandemic as many of those who fled their home countries for Germany are being laid off, the study found.

The difficulties on the job market also have an effect on criminality. Immigrants are disproportionately involved in violent crime including murder, manslaughter, assault and rape. But this is partly because many of the immigrants are young men who tend to be more frequently guilty of such offenses. 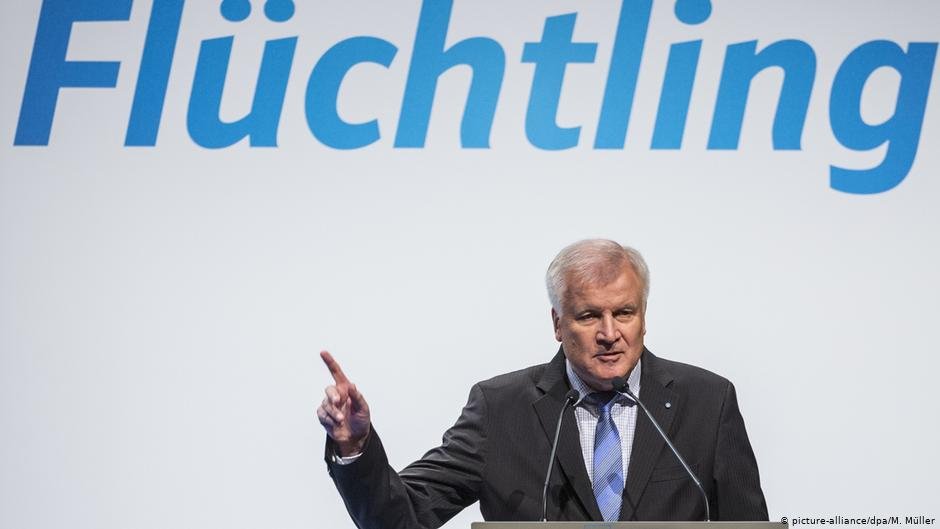 CDU domestic policy spokesperson Patrick Sensburg said a distinction must be made between asylum-seekers and those who want to come to Germany to work.

"For me, protection for refugees is primarily temporary protection," he said. "Anyone wanting to come here to live and work on a permanent basis has other means of doing so if he or she has the necessary qualifications and accepts our values."

German society remains divided over immigration policy. Around 60% of Germans believe that the country can cope well with the refugees while 40% believe the opposite. Political scientist Herfried Münkler said 2015 had "exposed a rift in German society" and radicalized politics. "The tendency towards the political center that we saw before came to an end," he said.

Five years after Merkel's famous statement, has German society really shown that it could cope with the challenge? Former Interior Minister de Maiziere said he feels that it has at least made significant progress. His party colleague Sensburg said Germany has "mastered the 2015 refugee crisis well, all in all."

Irene Mihalic from the Green Party said she sees the task as still unfinished: "Integration doesn't happen overnight, and we will keep having to work on it at all levels. But I am convinced that immigration is a great opportunity for Germany, particularly with regard to the labor market and demographic developments," she says.

Studies by the German Institute for Economic Research (DIW) came to similar conclusions. They found Germany is on the way to success, while also pointing out that considerably more effort must still be made by both those who have sought refuge in Germany and those who have offered it to them.