Region in northwestern Bosnia sets up roadblocks to deter migrants

Authorities in northeastern Bosnia have deployed police officers along a main transit highway to prevent migrants from entering their territory. The migrants are finding themselves trapped as neighboring regions are blocking them from walking back too.

The local authorities in Krajino, in the northwestern part of Bosnia, have begun enforcing their decision to ban all new migrant arrivals and have set up roadblocks to prevent migrants who are headed to western Europe from entering their territory. The Krajino authorities allege that they are bearing the brunt of ongoing migration and that other parts of the country are failing to step in and help out.

The deployment of police and the order to turn back all the migrants they encounter is an apparent violation of Bosnia's human rights and immigration laws, AP reports.

The roadblocks are set up on the main highway connecting Krajina to the rest of the country. Police in neighboring administrative regions of Bosnia in turn started blocking migrants from walking back, reports AP.

Ali Razah, a Pakistani migrant, is one of hundreds trapped in the middle. He told AP that various police units had blocked him and other migrants from moving in any direction. "There is no food, no water, nothing and we are staying on the grass," he said. 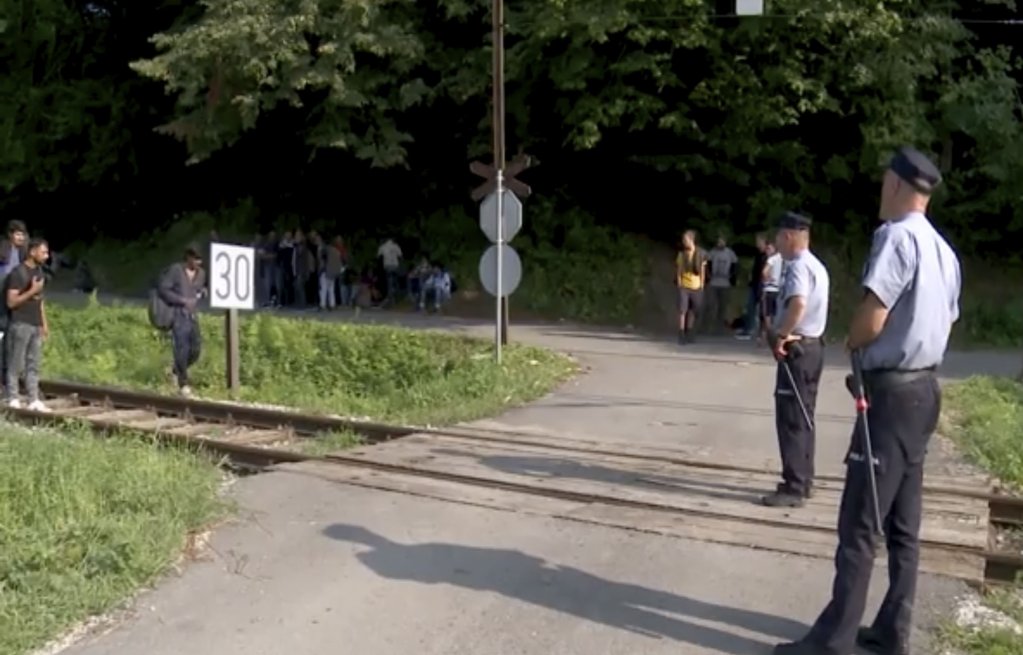 Anti-migrant protests
The Krajino region, on the border with Croatia, is a major transit point for migrants and refugees who aim to reach the European Union. The two towns Bihac and Velika Kladusa with their refugee and migrant camps are located in the region's northwestern corner and have become a bottleneck for migrants -- as Croatian authorities have sealed the border to the EU-member state and are reported to conduct pushbacks across the border using violence against the migrants.

Recently, local residents of Velika Kladusa have repeatedly staged anti-migrant protests, accusing migrants of assaults and violence against the local population. On Monday August 17, hundreds of people reportedly blocked a road near a migrant reception center, complaining of harassment and increasing misbehavior by migrants in the city. The residents claim that cases of aggression and intimidation by migrants had multiplied, and that migrants from rival groups often fought or set fire to warehouses or dilapidated buildings where they they were staying.
There are about 1,300 irregular migrants in Velika Kladusa, according to estimates by the authorities reported in the media, many of whom are sleeping rough in the surrounding area. In northwestern Bosnia-Herzegovina along the Croatian border there are more than 7,000 migrants, according to ANSA. 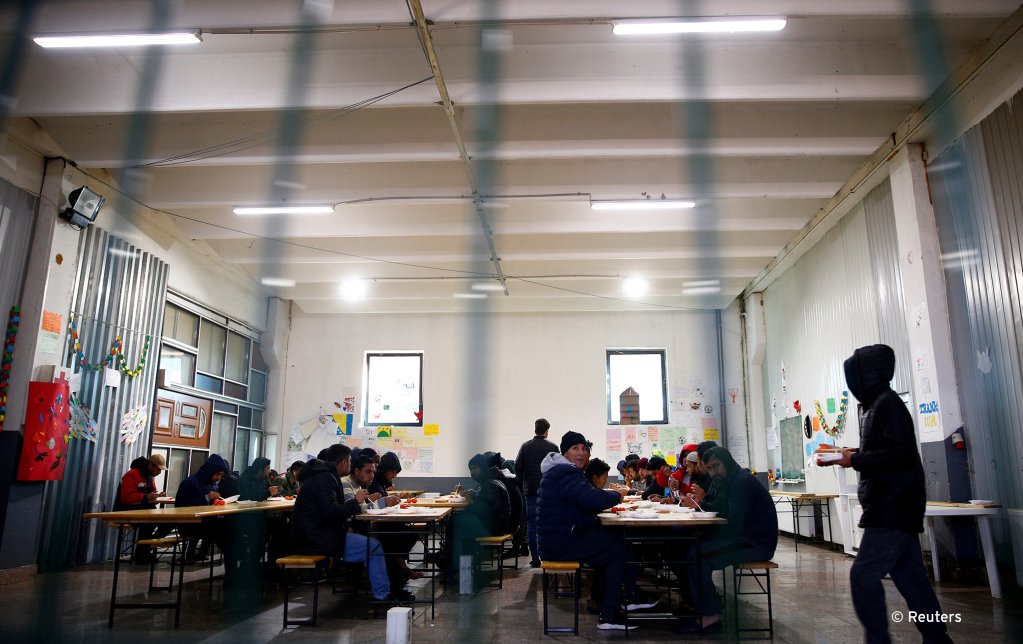 Political infighting
Most migrants enter Bosnia across the Drina River on the eastern border with Serbia. From there, they cross the country to reach Krajina.


Bosnia since 1995 has been split along ethnic lines into two highly autonomous parts - the Serb-run Republika Srpska and the Bosniak-Croat Federation. Local authorities in Krajina have long accused Bosnia's central government of not doing enough to resolve the crisis in Bosnia and of using the migration issue to fuel political infighting.
So far, the Bosnian Serb hard-line leader Milorad Dodik has blocked efforts to deploy the army along the border with Serbia to stem the arrival of migrants, AP writes, and he is said to have used the migration issue to promote his Serbian-first position. He has repeatedly pressed for Serbs to separate from multi-ethnic Bosnia and unite with Serbia. Dodik refused to accommodate any migrants in the country's autonomous Serb-run half and instead pushed them into Krajina. 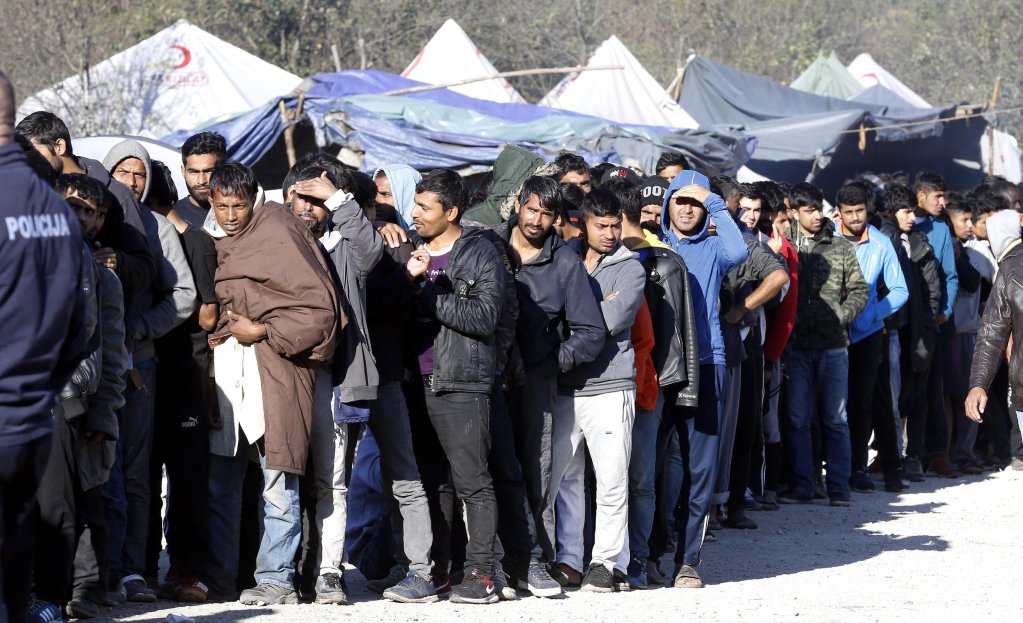 'Closing borders is not a solution'
Migrant aid groups working on the ground, however, stress that local authorities lack the willingness for practical solutions too. "The big problem is that we do not see a willingness from the different governments – international, national or local – to make a solution, to sit together with different groups and try to find a way to make the situation less hard for everyone," a member of the NGO 'No Name Kitchen' which helps migrants and refugees in Bosnia and Serbia told the Balkan Investigative Reporting Network Bosnia and Herzegovina (BIRN), reported the BalkanInsight, in light of growing tensions towards migrants.

"Opening camps and closing borders is not a solution," they told BIRN. "It is just a patch. So we have people in transit who have nowhere to go, no tents, no blankets… If they try to reach an EU country, it is common that they get pushed back and normally with violence. Camps paid for by EU money are full and renting a house is not allowed. At the same time, locals are exhausted," 'No Name Kitchen' told BIRN.