Alex Assali came to Germany in October 2014 from Syria, fleeing war, political persecution and IS. He obtained refugee status and wanted to give something back to Germany, so he started a soup kitchen for homeless people in Berlin. His actions went viral and now he has found love and marriage in Germany too.

"My name is Alex Assali," says Alex in a video for Global Citizen in 2016. At the time, his soup kitchen "Give something back to German People" was already making headlines around the world, after a woman in Berlin posted about his work on Facebook.

Assali arrived in the German capital in September 2015. Today he is 44 years old. According to an article by freelance journalist Deana Mrkaja, after being born in Syria, Assali grew up in Saudi Arabia because his father criticized the Assad Senior regime in the 1970s. In 2003, Assali junior thought it might be safe to move back from Beirut where he had been living to Syria. But, like his father, he too was critical of the regime, via a blog he started with eleven others. Flight from Syria

Mrkaja wrote about Assali for the German magazine Focus in 2015. His flight from Syria began long before the war in 2011 and he arrived in Germany slightly ahead of the majority of Syrians who came in 2015.

"It was September 2006 when his cousin rang him and told him the police were tailing him," writes Mrkaja in Focus. As the two were talking, the police were searching Assali's house. He took the money he had "about $2,000" and without a passport fled to Lebanon, Cyprus, Egypt, Sudan, before finally ending up in Libya.

In Libya, he got a job at the university, got married and had two children. "I was happy in Libya," Assali tells Focus. But when the Syrian war started and the so-called Arab Spring took hold across the region, Assali found himself back to opposing regimes. He tells Focus he wanted to find a peaceful solution and collected funds to try and find a diplomatic and political solution. But his way was in opposition to IS and he says he was tortured in Tripoli by IS-supporters.

According to Focus, Assali spent "more than three months in an IS-prison in Tripoli, [where he was] tortured and looked death several times in the face." Someone working at the prison helped him escape, in return for him signing over his property. In September 2013 he found himself on a boat bound for Italy. 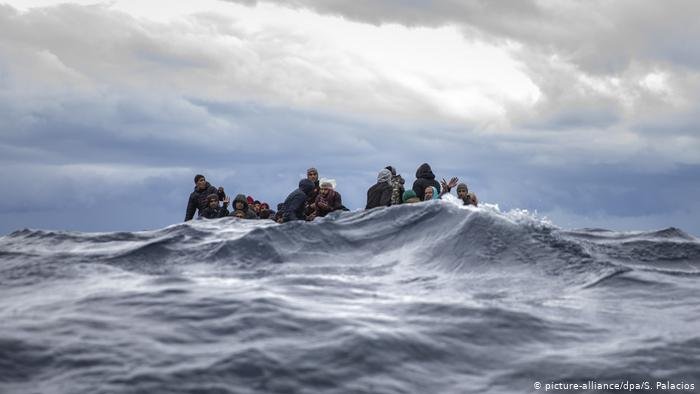 He had hoped his wife and children would join him but after a couple of years of telephone contact, his wife suddenly asked for a divorce, telling him he was a "traitor" and that he was "working against them." Assali told Focus that he thinks she had converted to IS because one of her brothers was a supporter. He tried to make contact but after a month he lost all trace of his wife.

Assali's soup kitchen initiative was a positive story of migration in the time when Germany received over one million migrants like Alex and the initially positive feeling towards them was starting to turn, in some quarters to panic, negativity and hatred.

'Give back to the German people'

"Before I came as a refugee here, I escaped from the ISIS people and from the godfathers of the war in Syria. They put me in prison and they tried to slaughter me but God was in my way. I try to find a way to say thanks to the German people who accept the Syrian refugees here. I lived this situation before. Sometimes I didn’t find food for myself to eat. It was hard, it was really hard, but when I arrived in Berlin, I started to find really kind people," says Assali in the Global Citizen video. Soon after he arrived in Berlin, he met a woman who said to him, "I think you don't have food." She offered to cook him dinner and he ate it. "She inspired me," Assali says simply. "So I found that when I help the homeless people I help the German community indirectly."

Assali says that some people were surprised that a Syrian refugee would reach out to help homeless people in this way, but he explains it by wanting to live "in peace, as one community," not caring about religion or culture.

The first house he lived in in Berlin was, according to Focus, a refuge (Refugio) run by a couple under the auspices of the Berliner Stadtmission (Berlin City Mission). The house takes in people in need of protection from around the world as well as Berliners living on the streets. Assali started cooking in the kitchens in this share house every Saturday for those who had not been lucky enough to find a place to stay in Berlin. 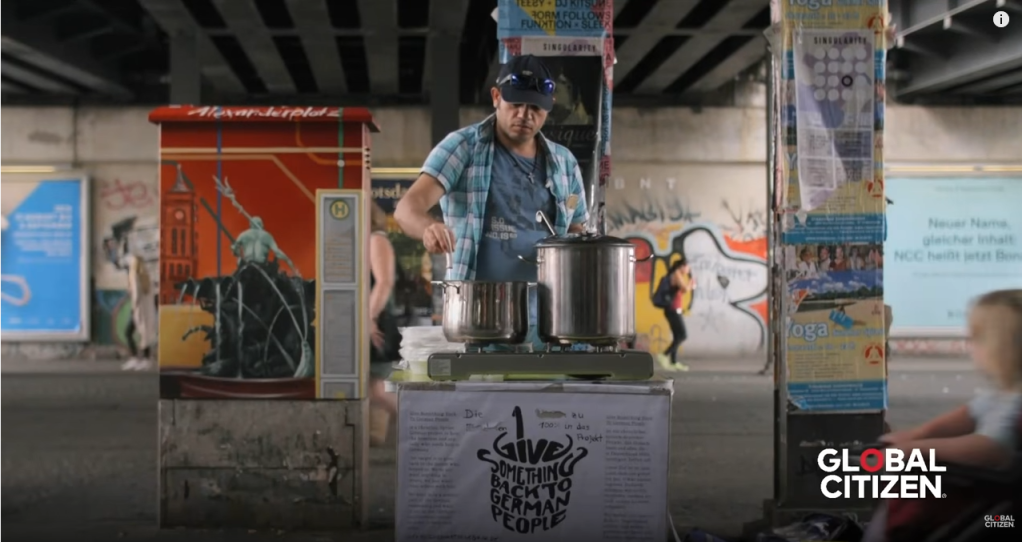 Assali's soup kitchen grew and he advertised in the internet for some help with his initiative. That's where 52-year-old Claudia Lohny first heard about Assali and his mission. She was interested in helping but a bit worried about going to a strange man's house to cut vegetables, writes Caroline Bock for the press agency dpa.

So, she met him in a cafe in Berlin's multicultural area Neukölln. "The two of them spoke for hours, it was love at first sight," reports dpa. "It was really that kitschy," comments Lohny. Since that first meeting, Lohny and Assali have been a couple.

On deciding to get married, Assali changed his name to Claudia's surname Lohny, telling dpa "Claudia is my homeland." At the end of August this year it will be five years since German Chancellor Angela Merkel, speaking about the numbers of migrants who arrived in Germany in 2015 said "Wir schaffen dass," or "We can do it."

Alot has changed in those five years, as dpa observes. Many are still finding it hard to integrate. German-Syrian marriages or relationships are still relatively few, wries dpa. In 2011 there were 136 women who married a Syrian man, in 2018 that number had risen to 429, according to German government statistics. In 2011 there were just 85 German men who had married a Syrian woman and in 2018 that number had risen to 154. According to dpa though, the Lohnys are some of the happy ones. They have a flat in Berlin and a cat called Ramon.

Alex's experience in Germany has reportedly been mostly positive. As he arrived in Berlin, a woman at the station showed him the way to his destination, bought him his first currywurst and gave him 50 euros to pay for a hotel for the night. The next day, according to dpa, two female students arrived hoping to help him.

"Step by step I got to know more people," explains Alex. He and his wife have tattooed the word LO-VE across their wrists, so when they hold their hands, as they do often, the letters unite to spread their message and feelings.

Claudia's 27-year-old daughter was a bit shocked at the tattoo but nevertheless was the witness at their wedding. Friends and family are supportive of their marriage, the pair tell dpa. Alex hopes to gain German citizenship later this year. When asked by dpa what distinguishes Alex from German men, Lohny appears to be at a loss. Nationality is not important to them, writes dpa. After a bit of help and some thinking, Claudia says that her husband "cooks well."

During the coronavirus restrictions, the soup kitchen was put on hold. Before, reports dpa, the recipes used to be mainly Syrian, now they have gained some German accents too, “there is always lentil soup now,” they explain. They hope to start cooking again soon.