Mohammed Tahseen Beik is Syrian. He was a student in Syria when in early September 2015 his father convinced him to leave Syria for Germany. He was interviewed by the press as he arrived and again now. Five years on from Angela Merkel’s famous phrase: "Wir schaffen das" (We can do it), is Mohammed happy in Germany?

"Not every day is great, but I am still a happy person," Mohammed Tahseen Beik tells the reporter Peter Zshunke for the press agency dpa in 2020. When he arrived in Germany, back in autumn 2015, Beik was also interviewed by the German press.

Back then, one of the first German phrases he learned, according to a report on the German private TV channel ntv was "Alles in Ordnung!" (Literally, everything is in order, but used in various ways to mean, it will be OK, or you are on the right track). Back then, Beik told the reporters he was very hopeful. 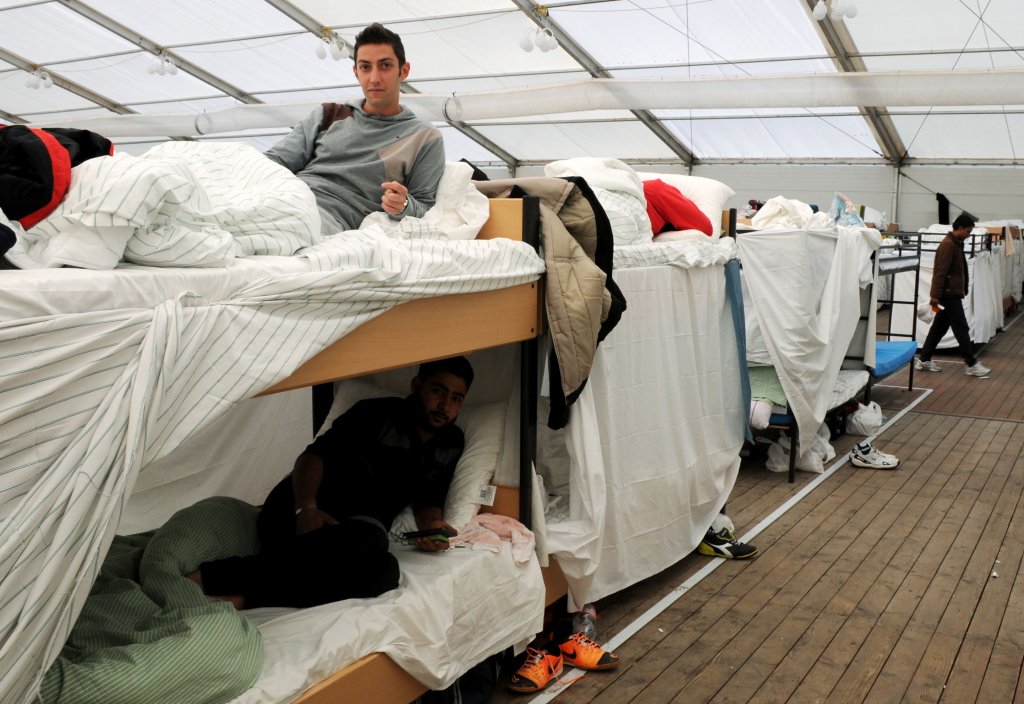 He had been studying business economics at university in Damascus and he told reporters he hoped to be able to move to Stuttgart, where he had a cousin living, and enroll at university in order to continue his studies.

Today, though, dpa reports that he has, so far, only made it to B2 in the German language, not enough to sign up to subjects at most German universities, and is now waiting to know whether he might have enough qualifications to start an apprenticeship, either in a pharmacy, or as an electrician. His qualifications from Syria have still not been recognized.

"It really hurts that my past qualifications have not enabled me to continue studying," Beik tells dpa. “I wanted to have achieved so much more,” he concludes. His journey over the last five years, writes dpa, is emblematic of the journey that a lot of refugees and asylum seekers have undergone in Germany. Beik works in a pizzeria to get by, and to be able to save some money and pay for his driving licence in Germany.

Today, Beik is 25. He says when he left Syria he knew "he would never see his family again." In fact, last year his father died in Syria. Beik has been granted subsidiary protection in Germany but not full refugee status. It is another sore point for the young man. "If I hadn't been threatened in my home country, I would never have needed to flee to Germany," he says with disappointment. 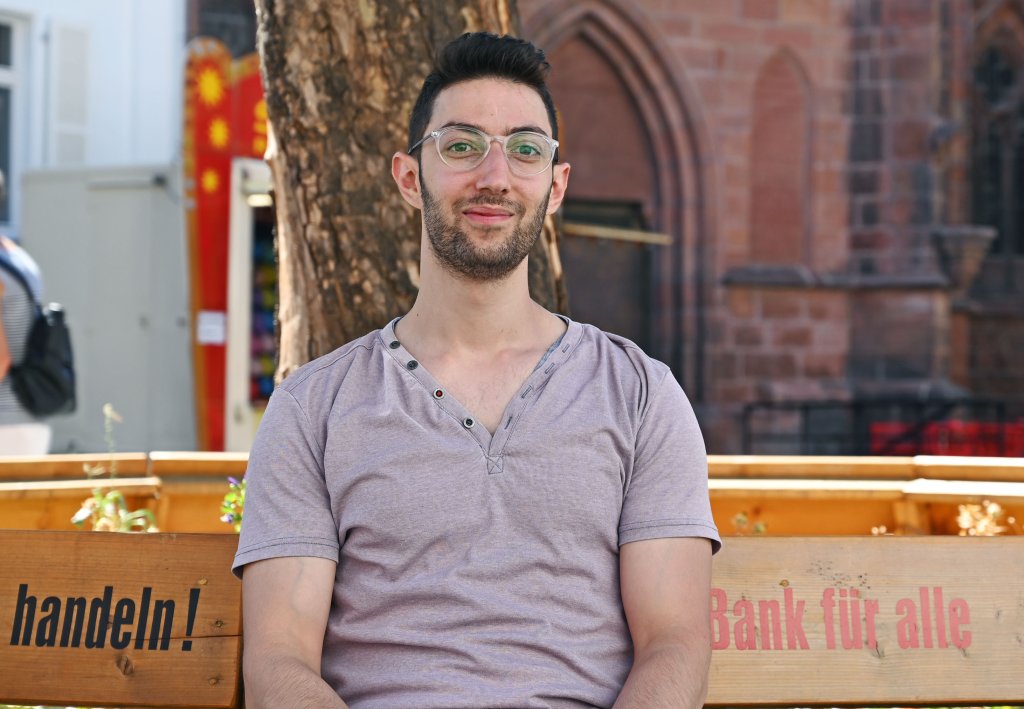 His flight from Syria took him overland to Lebanon, then on a ferry to Turkey, on a smugglers boat to Greece, on up the so-called Balkan route to Macedonia, Serbia, Hungary and Austria. On arrival in Germany, he was taken to a first welcome center in Munich. From there to a tent camp in Kusel in Rhineland Palatinate, not far from the city of Kaiserslautern. According to dpa he left on September 3 and had already arrived in Germany on September 12, 2015.

Applying for an apprenticeship

It seems that he never made it to his cousin in Stuttgart, because he is interviewed by dpa in Kaiserslautern and is waiting for the local administrative center in Trier to process his request to start an apprenticeship or training program.

Remembering those first days in Bavaria, Beik says that he was enchanted by the friendliness with which he was met in Germany. He says his soul was "enchanted," and loves playing with poetic German phrases, which perhaps bear some resemblance to his native Arabic.

Whilst he was waiting to move out of the bunk beds in the tents in Kusel, Beik started trying to learn German on YouTube writes dpa. He progressed through talking to people and taking up the German courses offered as part of the integration program in Germany. 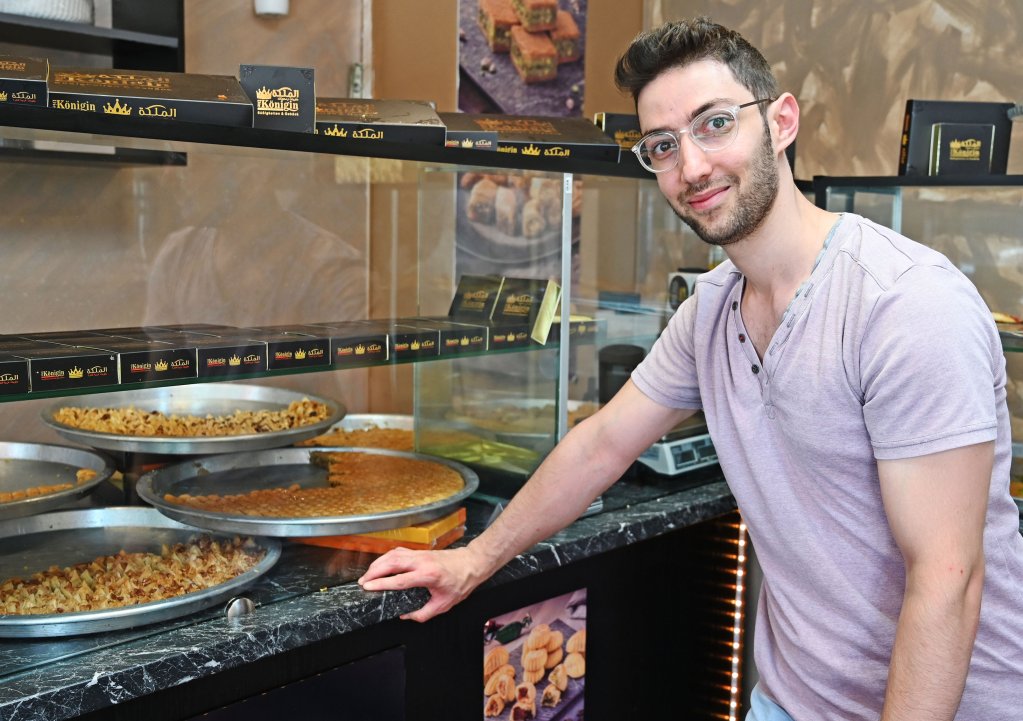 Waiting seems to have characterized much of Beik’s experience in Germany. First, waiting to be given a place in a refugee home, then to be found accommodation within Rhineland Palatinate, and now waiting for the authorities in Trier to approve his application for an apprenticeship. "I have been waiting for more than ten weeks since I sent my documents to Trier," Beik says.

At the moment, his current documents only allow him to stay in Germany until October 17 but Beik refuses to give up the hope which he has held on to throughout the last five years. "You can call my documents what you want," he says, "the main thing is that I am here."

Although he misses his mother, he is thankful to all the German officials who have helped him over the years, and most of all, to all the Arab and German friends he has made along the way. Although Beik wishes he had achieved more over the last five years, he says cheerfully that he still has the opportunity for improvement. "Even negative experiences are important in life," he tells dpa, "without them you wouldn't be able to evolve positively."

Beik tells dpa that he still finds it hard to forget seeing a friend of his from university shot in front of his eyes, whilst they were on an anti-government demonstration in Damascus. "I still see that in my dreams," he says. Pinning his hopes on further development is the only thing he has, explains Beik, to be able to move towards that brighter future which has kept him going all this time.

Based on a feature by Peter Zschunke for dpa and an article by the same author for ntv in 2015.